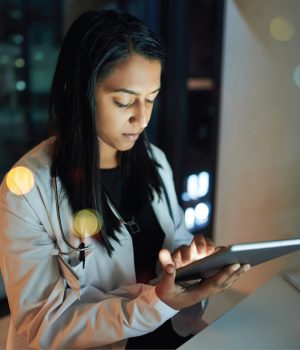 HOSPITALIST MICHAEL HOLTH, MD, has spent most of his seven years in hospital medicine working as a nocturnist. At this years Society of Hospital Medicine conference, Dr. Holth—who works at Regions Hospital in St. Paul, Minn., as part of HealthPartners Hospitalist Group —discussed some tough admissions that illustrate how challenging it can be to work nights.

“Our hunter-gatherer ancestors did very little in the way of night shifts,” Dr. Holth pointed out. “We’re just built to be tired between 3 and 5 a.m.” In describing three of his toughest cases, he shared some lessons learned as a nocturnist that make it possible for him to continue to work nights and improve the quality of night-time care.

In the first case, a 55-year old female came to the ED at one of HealthPartners’ smaller hospitals. “She was a bit confused, but otherwise stable and her exam was unremarkable,” Dr. Holth recalled. New to their system, the patient was notable only for a hemoglobin of 3. 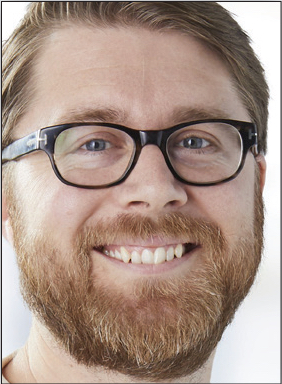 “At the time, we thought it might be gastritis or even colon cancer, so we decided to work her up, see what was going on and transfer her down the road,” he added. Dr. Holth was paged later that night, however, when the patient started vomiting blood. She rapidly became unresponsive and hypotensive.

He was able to get her intubated and initiate a rapid transfusion as well as IV fluids, while a CT showed evidence of cirrhosis and varices. “We decided this was a variceal bleed, so all we had to do at that point was place a Minnesota tube.” But when he called down to the ED to have that tube placed, “I didn’t get the confident response I was looking for,” Dr. Holth said. “The ED doctor hadn’t placed one since residency, and I’d never placed one at all.”

Further, “this tube was very intimidating, at least for me, with four ports and multiple balloons.” Feeling stuck, he briefly considered what his mother would do. “And she would call my brother, who would invariably tell her to YouTube it. So that’s what we did.”

He found dozens of videos on placing such a tube. The one he eventually decided to use was done by EM:RAP Productions (www.emrap.org).

“They have tons of videos with practical approaches to critical care and emergency problems,” Dr. Holth pointed out. “These have proved to be much more valuable to me than UpToDate.” With the Minnesota tube placed, the patient was stabilized and later transferred.

Dr. Holth said he was including the case to illustrate this fact: “As a nocturnist, many times we need to use resources for emergency medicine that can provide good, practical management for an emergent problem.”

That first case ends, Dr. Holth warned, “the success stories’ portion of this talk.” His second case was a 68-year-old male admitted with pneumonia and a COPD exacerbation. The patient had an extensive past history of cirrhosis, coronary artery disease and depression.

The day physician had actually planned to discharge the patient that day, “but when the patient became a bit confused, the doctor elected to keep him overnight.” When Dr. Holth was called to the bedside, “I walked into one of the more remarkable scenes in my history of practicing medicine. The patient was completely agitated, not redirectable, roaming around the room and covered head to toe in liquid stool.” He had also pulled out his pulse ox, telemetry and IV. “We were flying completely blind.”

At first, Dr. Holth said, he assumed the patient was having a panic attack. He also thought about his colleague who would show up in the morning and expect to discharge the patient.

“I told myself, ‘Let’s not completely snow this patient and have the day guy come in and say, What the heck? Why is my patient obtunded?’ ” So he first gave the patient “a little Ativan, which did nothing, and then a little Haldol IM, which did nothing either.” After what seemed to be hours, but “I’m sure was only 35 or 40 minutes,” the patient sat down in a chair, coded and died.

“A medical emergency”
Dr. Holth said he was raising the case to discuss agitated delirium. “But first, a quick plea from a nocturnist about your progress notes.” He would find it very helpful if day doctors would include in their history of present illness some baseline description of a patient’s common complaints, personality and frame of mind.

“It’s really easy to document scattered wheezes, but I’d like to know if this patient is a really stoic person or a complainer. Can this patient talk in full sentences and walk to the bathroom?” Too often at night,” the page we get from a nurse says, ‘This patient didn’t look like this before.’ We’re left trying to figure out how the patient is now different.”

As for delirium, “it’s important to note that sleep is a preventive and a curative, so start sleep meds early on,” said Dr. Holth. Also, get rid of all tethers for patients who are doing well. “And if you have any insider information because you admitted this patient before or you’ve read the chart and anticipate the patient becoming delirious, give me a heads-up on what you’d like me to try first.”

That said, Dr. Holth admitted that he approached the patient’s management all wrong. “We were continually trying to get vital signs or a physical exam or IV, and I’d now discourage any of that,” he noted. “Agitated delirium is a medical emergency, and the patient is a danger to himself and others. You need to get the patient under control”—which means sedation and intubation—”then try to figure out what may be wrong.”

In discussing agitated delirium with ED colleagues, “they really like midazolam and haldol,” he said. “I was unaware that midazolam is the fastest-acting benzodiazepine via the IM route.” Because midazolam can depress respiration, “you need all available help: a code team, security and anesthesia. Don’t try to do this alone with two nurses, like I tried to.

“ While 5 to 10 mgs of midazolam “does seem a bit aggressive,” 10 mgs might be warranted in a young patient when you’re worried about poly-substance use. At the same time, 5-10 mgs of Haldol IM is slower but safer. He has settled on what he called “the Goldilocks method: 10 Haldol, 2 midazolam.”

As for other sedatives, “the ED has started using droperidol, 5-10 mg IM, and they can’t talk about it highly enough.” Ketamine is another agent he’s never used, but “according to the ED and EMS, it’s the most effective agent for someone who’s severely agitated and delirious, so it also will likely become more common on the floor.”

Dr. Holth’s last case, he said, continues to trouble him. During an extremely busy night, he admitted a patient with whom he was very familiar, having admitted her many times before.

“This is one of those patients who if you admit her early in the week, you may very well admit her once again before your week is up,” he said. The patient was a 32-year old Spanish-speaking female who was narcotic-dependent, noncompliant with medications and lacking social support. She had poorly controlled type 1 diabetes and prominent pain, presumably due to her diabetic myonecrosis.

“The sign-off from the ED was, ‘Sorry, we did what we could, but we couldn’t get her pain under control,’ ” Dr. Holth noted. The patient was afebrile, “a little tachycardic and hypertensive, and reported pain wherever you touched. I resumed the care plan for IV fluids and dilaudid PCA and finished my shift.” When he came back that night for his next shift, he learned that the patient had arrested and died shortly after his shift ended. An autopsy later revealed a large MI.

“I went back and reviewed the case, and I had no EKG or troponin,” he said. “It never even crossed my mind that she could be having an MI.”

Decision fatigue
As Dr. Holth explained, the case illustrates for him how both physical and decision fatigue play a role in poor clinical decisions.

“A friend of mine a few years ago mentioned decision fatigue, and I immediately discredited it,” he said. “I’ve since come around, and now I’m a big believer. I think we have a depletable amount of decision energy, and complex decisions use more. After we deplete it, we start making rapid but poor decisions.” Studies have shown, for instance, that judges doing parole hearings consistently grant parole to about 62% of inmates at the beginning of their workday, “but by noon, that’s gone almost to 0%.”

After lunch, the average shoots back up to 62%, only to fall to almost 0% again by the end of the day. Once physical and decision fatigue set in, “that leads to a notable decline in our cognitive performance, and we start falling back on multiple biases including confirmation bias, anchoring errors and premature closure,” said Dr. Holth. “We lose our ability to act analytically and start making decisions impulsively.”

How to make nights work

THE BIG TAKEAWAY from all three cases, Dr. Holth pointed out, is how deliberately nocturnists need to work to safeguard their own health and frame of mind by combatting fatigue. Here are some of his strategies to do so:

While he relies on melatonin and a beer to get to sleep, Dr. Holth urged audience members who need to sleep during the day to use anything that works, including sleep machines and black-out curtains.

Further, surgeons are supposed to take a formal pause before doing any procedure. “That’s something we should do as hospitalists, take a pause and reassess,” he said. “What else could this be, could anything else fit or could there be more than one process at work? That lets us re-engage and leads to more analytical thinking.”

Dr. Holth said he liked that idea. “Anything that improves your fellowship with these nameless, faceless pages will also improve your response, so anything that limits you being tired or angry will help.” 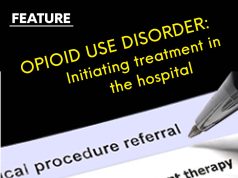