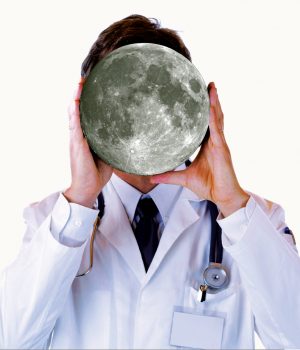 NOCTURNIST Raymond Nowaczyk, DO, admits that working nights isn’t for everyone, and he knows all about the potential health risks clinicians take by working nights long term.

But Dr. Nowaczyk also points out that his hospitalist program at Regional Health Rapid City Hospital in Rapid City, S.D., “never has much trouble getting people to work nights, even when we have to hire from outside.” That’s because the program considers full-time nocturnist work to be only 10 shifts a month, a workload that he says is “pretty appealing.”

“Given our retention of nocturnists, I’m surprised other programs don’t at least try this same schedule.” 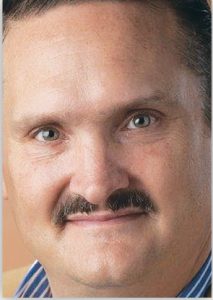 The program also sweetens the deal by paying nocturnists a 15% differential over what the day hospitalists earn, which is $265,000. The result is a very stable group of nine nocturnists, with Dr. Nowaczyk pulling night shifts there full time now for almost eight years.

“Given the retention of the nocturnists we have,” he says, “I’m surprised other programs don’t at least try this same schedule.”

Evolving nocturnist roles
The way the nocturnist program has been set up also boosts job satisfaction for those hospitalists in the group who work only days.

Here’s how it works: Each month, nocturnists work 10 14-hour shifts, 5 p.m.-7 a.m. According to Dr. Nowaczyk, working 14-hour shifts is not that much harder than 12-hour shifts, particularly when it allows you to come in several fewer shifts a month.

The day hospitalists, on the other hand, work about 15 shifts a month but have only 10-hour shifts, 7 a.m.-5 p.m. Throw in the daytime target for each doctor of 16 patient encounters and, as Dr. Nowaczyk says, the “vast majority” of the hospitalists working days really do leave at 5 p.m. That gives them evenings with their families, even during their blocks of days on.

But that also means that the three nocturnists who come on every day at 5 p.m. “really get hit” with admissions, and they stay busy admitting until 9 p.m. or 10 p.m. Every night, each nocturnist admits an average of between six and nine patients.

In addition, the roles of the three night doctors have evolved over the years. (They refer to those separate slots as N1, N2 and N3.) The first manages all the intake calls from the ED for admissions and consults and evenly distributes patients among the three doctors.

The second carries the direct-admit phone for transfers; the hospital, which has 350 beds, draws from a population of about 500,000 people. That includes three major native-American reservations as well as patients from Wyoming, Nebraska, Montana and North Dakota.

The third backs up a nurse practitioner who covers between 150 and 200 patients every night.

“The more seasoned physicians take the N1 slot, with the intake calls,” says Dr. Nowaczyk, who thinks that’s the toughest of the three positions. “The easiest of the three is backing up the nurse practitioner.”

The hospitalists do not cover the ICU.

Flexible blocks
Another factor that has evolved over the years is the flexibility of nocturnists’ schedules. For Dr. Nowaczyk, “by the end of seven days, it starts weighing on me,” so he sticks with a seven-on/14-off schedule. Some of the nocturnists in his group, however, opt for 10-on/20-off. (Hospitalists who work days also have flexible block schedules.)

As for the metrics for the hospitalists’ quality bonus, 70% is tied to group measures that include the day physicians; those factors include 30-day readmission rates and patient satisfaction scores. Among the 30% of the bonus that’s pegged to individual doctors’ performance, some is tied to their use of order sets and blood products. Other personal metrics include time spent doing utilization review and their attendance at the night-time meetings that are held with the other nocturnists and some members of medical leadership.

Meanwhile, the nocturnists aren’t required to attend day-time meetings or serve on committees during their days they’re off. “They would like us to,” says Dr. Nowaczyk, “but not all of us do.”

Is there ever any grumbling from the day doctors about the nocturnists’ pay differential? Initially, Dr. Nowaczyk says, some would mention it.

“They’d then be invited to work nights, and a couple of them did so,” he recalls. “After three or four shifts, they decided to never work a night shift again.” Dr. Nowaczyk, meanwhile, plans to continue working nights for the rest of his career, although he may drop down to only seven or eight shifts a month once he turns 60 in a few years.

And while the accommodating schedule has kept him working nights for many years, he now has another inducement: The hospital recently hired his daughter, Alexandria Nowaczyk, DO, right out of training to work as a hospitalist.

She just finished her first three months on the job, during which she could work only days. But starting this month, Dr. Nowaczyk’s daughter is switching to working nights as well.

I would like to have some follow-up on this story since it’s been three months. There’s such a positive bias in all medical publishing, we don’t get a balanced view of the other side of the coin. I hope Dr. Nowaczyk is still happy there, and their group is still stable and highly functioning.

I was also a nocturnist for the first 18 months of my hospitalist job; it became harder as the program grew disproportionately during the day! It was unsustainable to continue. What is described here seems very appealing as we all have heard nocturnists don’t last long!