AS SUMMER HITS full stride, beach towns in the Northeast see their populations explode. For physicians working in these areas, the crush of tourists means a surging census and long workdays.

But on the islands that dot the coast, doctors may face even bigger challenges, not only in the summer but year-round. Nantucket is a great example. Located 30 miles off the coast of Massachusetts, the island can be reached only by boat or plane. That means it’s no easy matter to get patients who need to be transferred off the island.

When storms kick up, patients must wait to be transported, putting hospitalists in the tough situation of managing acutely ill patients with limited specialty support. Even mild storms on Nantucket can prevent patients from being transferred off—and stop physicians from being able to get to work.

Fewer specialists and more autonomy
Nantucket’s only hospital is Nantucket Cottage Hospital, a 19-bed facility founded in the early 1900s. It serves a population that swells from around 15,000 in the off-season to more than 60,000 in the summer. A new, donor-financed hospital is being built next to the current one and is slated to open later this year. While that hospital will be 50% bigger, it will have the same number of acute beds.

“There are fewer egos and less bureaucracy.” 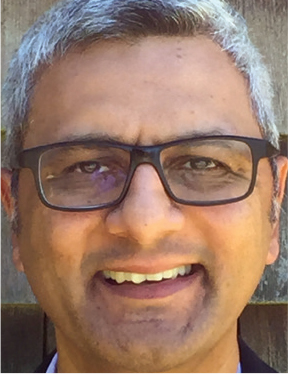 Joseph Litwak, MD, PhD, has worked at the hospital for three years, as both a hospitalist and, more recently, as co-founder of Hospital Medicine Solutions. The company provides hospitalist services and hospital medicine consulting throughout New England, including for Nantucket Cottage Hospital and the nearby Martha’s Vineyard Hospital.

Dr. Litwak, who functions as the facility’s chief hospitalist, says one of the first things hospitalists notice about the hospital, besides its small size, is the relative lack of specialty support. Besides the hospitalists, only a surgeon, anesthesiologist and emergency physician are on duty at all times.

Given the lack of specialty support, a team of strong hospitalists is essential. “We’re comfortable providing backup critical care,” he explains. “We have to work together as a team.”

Bipin Mistry, MD, MBA, another co-founder of Hospital Medicine Solutions, agrees. “In a setting where resources can be stretched thin, hospitalists often need to be the glue holding things together,” he says. “The ED may need help, for example, when there are 20 patients and only one physician, so you often end up comanaging cases with the ED.”

Or the ED hands patients off to you sooner “and you’re managing things that you’d normally handle on the phone with specialists,” says Dr. Mistry. “You’re going back to the art of medicine and working in an environment where there’s a lot of uncertainty, so you have to understand what you can and can’t do.”

Both Drs. Mistry and Litwak are quick to add that the all-hands-on-deck nature of island medicine isn’t necessarily a bad thing. “People enjoy working here because they feel more autonomous,” Dr. Mistry says. “You can get things done more quickly because there are fewer egos and less bureaucracy.”

Challenges with transfers
While plenty of rural hospitals around the country have problems with specialty support, Nantucket faces unique challenges due to the weather.

“When the weather gets bad, you might as well be 1,000 miles out to sea. You are realistically not getting patients off the island.” 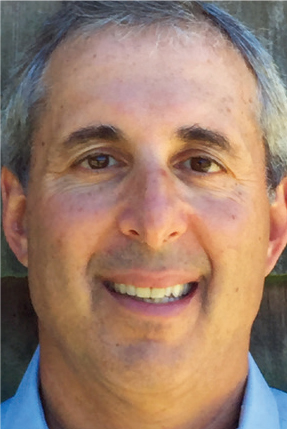 “When the weather gets bad, you might as well be 1,000 miles out to sea,” Dr. Litwak points out. “You are realistically not getting patients off the island, so you’re taking care of sick people without a lot of specialty support.”

Because the car ferry takes more than two hours to get to and from Nantucket, ambulance companies will not transport patients, so all critical patients are transferred off via MedFlight helicopter. As Dr. Litwak notes, it doesn’t take much to ground the helicopter. “Sometimes, it can be something as simple as clouds and thunder.” When MedFlight can’t fly due to weather, the U.S. Coast Guard can potentially take patients. But because the Coast Guard is not outfitted for medical transports, a nurse has to accompany them.

Dr. Mistry recalls an hypoxic young woman who presented with massive pulmonary embolisms. When the transfer decision was made, the weather kicked up and it quickly became too windy to consider a helicopter.
That patient ended up waiting 36 hours for transport on a Coast Guard boat.

Dr. Mistry admitted a patient for syncope who then developed liver failure. When the patient’s condition deteriorated, it took several hours to find an ICU bed. “It’s frustrating because you’re having the same conversation five times in a row,” he says. “Our affiliate hospital, Massachusetts General Hospital, usually takes them. But if it doesn’t have a bed, you have to call a service that will find one.”

A rising census
Since Drs. Litwak and Mistry have taken over the Nantucket hospitalist service, transfers have eased. Because the group has experienced hospitalists working there—one is an intensivist, while others have been practicing at least 10 years—the hospital can keep a wider range of patients, and less than 2% of ED visits are transferred out.

Keeping more patients at the hospital has raised the inpatient census. When Dr. Litwak started on Nantucket three years ago, the census averaged 5.5 patients per day. Today, it’s at eight.

One hospitalist is onsite at all times, although the group ramps up staffing in the busy season. During the summer, staffing is boosted to two 12-hour shifts; during the off season, on the other hand, hospitalists usually work five to seven 24-hour shifts, taking call when they are not in the hospital. “After midnight during the winters,” Dr. Litwak says, “admissions are less frequent.”

Low-volume, high acuity
While the average census is manageable, hospitalist workload can fluctuate. “In a 12-bed medical surgical unit,” Dr. Litwak says, “one provider can pretty safely take care of all the patients.” But there are few consultants “and you have to make a lot of calls and manage patients independently.”

The hospital’s combination of low volume and high acuity can be a strong selling point. “Many days, you’re not going to be that busy,” he points out. That appeals to doctors in their 50s who’ve been hospitalists for 20 years and may no longer want to see 20 patients a day.

“We offer a nice balance,” he adds. “You’re not going to have to work that hard necessarily every day, but you’re on call 24/7. It’s an all-or-none situation.”

One of the group’s physicians works in Nantucket one week a month and, in the summer, his family comes with him for the entire week. But in the off season, he’s on the island by himself.

And because the average cost of a house on Nantucket is nearly $1.5 million, housing is out of reach for most doctors. As a result, the hospital provides physician housing in two houses located next to the hospital.

Population extremes
A lot of what the hospitalists at Nantucket see is not very surprising, including a fair amount of alcohol-related admissions in the summer. But the island also has one of the highest per-capita rates of tick-borne illnesses anywhere in the country, and Dr. Litwak has seen a case or two of tularemia.

“When I first came out here, I thought, ‘It’s Nantucket, nobody gets sick out here,’ ” he says. But one of the biggest clinical challenges in both the busy and off seasons is managing psychiatric patients. “There’s no psychiatrist, so you’re doing everything. You have to be a jack of all trades and have the confidence, experience and knowledge.”

With the recent addition of a general surgeon, the hospital is now doing more surgeries, including some that require inpatient admission.

And with so many service industry jobs on the island, many patients are from underserved parts of the world. Some have had a startling lack of access to care in their home countries, like a patient from Jamaica who was told by doctors in his home country that his endocarditis could be treated with prescription medications taken at home.

The clinical conditions the physicians see in the hospital reflect the extremes of the Nantucket population. “You have hedge fund managers next to people coming from third-world countries with no insurance and little access to medical care,” Dr. Litwak explains. “Some patients may never have seen a doctor.”

Who’s a good fit?
So what type of hospitalist is a good fit for such a location? “Someone with significant inpatient experience and the flexibility to be away from home for periods of time,” says Dr. Litwak. “If you’ve got a family with three or four kids and you’re gone a week at a time, that could be a challenge.”

Working on an island like Nantucket attracts a certain type of person. “You’re working in a nice place in the summer,” he says, “but in the winter, it’s quiet, which appeals to some. It’s not like we’re in the Cayman Islands where the weather is nice year round.”

For eight months a year, he adds, “it’s pretty isolated and that can be a challenge. But it’s also very rewarding.”