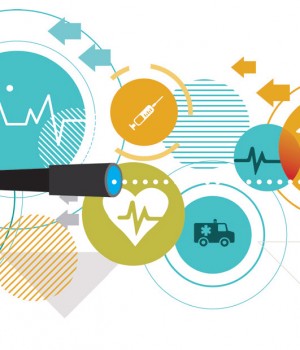 DO QUALITY IMPROVEMENT projects pay off? According to a new study, the answer is a definite “yes,” at least when it comes to QI efforts designed to prevent central-line associated bloodstream infections (CLABSIs).

Researchers looked at more than a dozen studies on CLABSI QI programs. The studies that were included not only reported on the number of prevented infections, but also on how much the QI projects cost to set up and run and how much hospitals saved by reducing their infection rates.

The research, which was published in the December issue of JAMA Internal Medicine, found that QI efforts were associated with 57% fewer bloodstream infections. Moreover, the researchers concluded that each hospital with a CLABSI-prevention program saw incremental net savings of $1.85 million over three years. In addition, each $100,000 invested in a program yielded $315,000 in savings.

“Physician labor is not always thought of as a cost. That labor is a finite resource.” 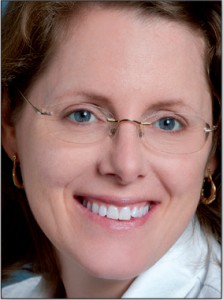 Lead author and hospitalist Teryl K. Nuckols, MD, MSHS, director of the general internal medicine division at Cedars-Sinai Medical Center in Los Angeles, highlights the other good news her research uncovered: Even hospitals that had low infection rates to begin with because they were already using checklists to prevent CLABSIs can drive those rates down even lower by implementing other QI interventions.

“That was the biggest surprise in the study,” Dr. Nuckols says. “The cost savings for hospitals that already have low CLABSI rates won’t be as significant with additional QI projects. But additional interventions are still worth the money.”

You originally identified more than 500 articles on CLABSI QI, but you included only 15 in your analysis. Why so few?
We were specifically looking for studies that examined three different elements: the clinical effectiveness of the intervention, the program costs and the financial implications of preventing infections. We wanted to find out what hospitals saved when CLABSI rates went down and what their return on investment was.

Does that low number of studies speak to the fact that the economic implications of QI have perhaps been ignored?
I think we need a lot more work on that. My research is fairly broad, and I’ve done quite a bit on cost analyses, and there are a number of other topics where we’ve found few to no studies. We tried looking at catheter-associated UTIs, for instance, and found only a few studies that included both program costs and infection-related costs.

But as we move more toward value-based purchasing, I think we will see more interest. I also sense a cultural shift. Talking about money in health care has been a bit taboo, but people are more willing now to talk about the costs of care.

Your study found a wide range in the cost of QI programs. The median was $270,000 over three years, but some programs cost as much as $500,000 or $750,000 over that same time period. Do costs rise because hospitals are implementing more interventions?
That may be due to the complexity of the QI project, but also to the particular hospital. One hospital that was included in the studies we looked at was Memorial Sloan Kettering in New York, a cancer hospital. Almost everyone there is going to have a central line, so QI costs related to central line infections are going to be substantial.

Your study also found a very wide range of QI interventions.
The studies we looked at covered more than a total of two dozen QI interventions designed to reduce CLABSIs, and we weren’t able to judge the cost-effectiveness of individual interventions compared to others. But an AHRQ report that we summarize in our paper does give recommendations as to which CLABSI-prevention strategies are the most effective in terms of being evidence-based.

Heading that list is the use of central venous catheter checklists. But the AHRQ also recommends using antimicrobial catheters, all-inclusive catheter carts or kits, and ultrasound-guided placement, as well as several others.

Your study also points out that “success is not assured and many hospitals may lack the cash flow or other resources to make sizeable upfront investments.” What can go wrong with infection prevention?
We were thinking more about the haves vs. the have-nots in terms of hospital budget. If you have a hospital that’s under-resourced or subject to some of these payment penalties, or treating a vulnerable population, implementing a QI intervention—particularly a large, comprehensive one—involves some risk.

Something may seem likely to work, but it may not work in your institution, and that has been established in the literature on hospital readmissions. For instance, researchers are now looking at the fact that Medicare readmission penalties do not fully account for the differences in patient populations across hospitals.

Another big challenge when it comes to QI: Cost savings that don’t have an easily quantifiable budgetary impact. When you talk to CEOs or CFOs, they want to know how a project is going to cut their budget.

But there are cost-savings in terms of labor, length of stay and resource use, which aren’t easily quantifiable as a line item in a budget. These don’t always get as much attention as I think they should.

There are also labor and resource costs involved in setting up QI programs and factoring your return on investment.

Do you find a disconnect between doctors and CFOs in looking at the costs of such interventions? Are physicians interested in clinical outcomes and CFOs interested in costs?
Not necessarily. I think people want to do the right thing, and good outcomes are always better for the bottom line. And physicians are increasingly aware of cost implications.

But there is a disconnect because it’s so easy to add one more thing to a physician’s plate. All of that adds up, and physician labor is not always thought of as a cost. That labor is a finite resource, and burnout is a problem being increasingly recognized.

Everybody wants to improve quality and outcomes. But we may be burdening practitioners with one QI program after another, and that’s a cost that needs to get more attention.

Published in the May 2017 issue of Today’s Hospitalist