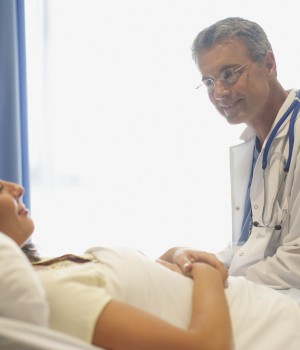 Do you know how well your group’s scheduling matches the ebb and flow of admissions? At one West Coast teaching hospital, answering that question led to an effort that not only matched workflow to staffing, but produced a dramatic reduction in the number of patient handoffs.

Like teaching hospitals everywhere, Stanford University Medical Center in Palo Alto, Calif., has struggled with implementing work hour rules that restrict how long housestaff can work. The rules have led to a fragmentation of care that educators have been trying to address ever since.

For the last few years, Stanford has had on-call housestaff teams admit patients from 8 a.m. until 10 p.m. After 10 p.m. “or after the on-call house-staff team reached its limit for admissions, whichever came first “a resident working with an intern admitted everyone until about 8 a.m., when the next day team took over.

The system was far from perfect, according to Patrick Gibbons, MD, chief medicine resident. Because the patients admitted by the night team would be handed off the next morning, that made for a less-than-ideal educational experience these team members, he says. It also increased the number of patient handoffs.

While it was common knowledge that the night team was handling a fair amount of admissions, no one realized just how many until Dr. Gibbons began collecting data. Close to half of all admissions occurred between 5 p.m. and midnight, which meant that 33% of all admissions were being handled by the night team. All of those patients were then handed off to a day team the next morning.

New plan
To reduce the number of night-team admissions, Dr. Gibbons created a new staffing schedule. Beginning in April 2007, that schedule had on-call teams taking admissions until 2 a.m., not 10 p.m.

To make sure that the day team didn’t reach its admissions cap before 2 a.m., the hospital took the intern who had been working on the night team and reassigned him or her to a newly formed day team.

That team consists of one resident, two interns and an attending physician. They begin accepting patients from the night float resident at 7:30 a.m. and admit until 4 p.m. Once the on-call team reaches its cap on admissions, a resident working solo takes admissions, ideally from 2 a.m. to 8 a.m. “the hours with the fewest admissions.

That scheduling shift wasn’t exactly cost-neutral, Dr. Gibbons acknowledges, because it required Stanford to add a fifth attending team. But he points out that the hospital needed to add a new team anyway because its census has risen 40% in three years. “We really needed a fifth team,” he says, “so the question was how to best utilize that team.”

To date, the results have been impressive. While about 50% of the hospital’s patients were being handed off under the old system, that figure is now down to less than 25%. And while the night team used to admit about one-third of medicine patients, the night-time residents now admit less than 15% of the hospital’s total patients. Shifting physicians’ hours and roles has successfully decreased the number of patient handoffs.

“Capturing admission times allowed us to recognize the fact that we have a lot of staffing during the day, which isn’t when patients are being admitted,” Dr. Gibbons says. “What we needed to do was to shift our bandwidth to accommodate patient flow.”

Lost in transition
While there were no secondary outcomes beyond the reduction in handoffs, Dr. Gibbons thinks there’s plenty of anecdotal evidence that the project has worked out. He says reducing the number of handoffs has produced a better experience for both patients and housestaff.

“It improves the experience for patients, who can hopefully better identify their doctor,” Dr. Gibbons explains. Instead of meeting a physician at 1 a.m. and then being handed off to someone else in the morning, patients have a physician who will take care of them throughout their hospitalization.

Then there is the issue of patient safety. “Something is going to be lost in that handoff,” he points out, citing issues around medications as one example. Continuity of care was also being lost in transition.

“Overall, it has provided a better continuity experience for our residents,” Dr. Gibbons continues, “and it’s improved their satisfaction. They don’t see it so much as, ‘I’m the night guy doing my shift.’ ”

And for housestaff, Dr. Gibbons suspects that the new schedule provides a better educational experience. “It’s probably better for that intern to work in the day, admit the patient under the observation of an attending physician, institute a plan of care, and follow that patient throughout his hospitalization, instead of simply coming in every night at 10 p.m.,” he says. “It’s not so fun to just admit patients and then turn them over to someone else.”

Resistance from residents
While reducing the workload of the night team seemed like a good idea, Dr. Gibbons notes that the plan encountered some resistance. Some residents worried about staffing the overnights without an intern. He tried to persuade those residents by reviewing the data, showing them that their load of admissions had been cut in half.

At the same time, physicians hoped that when the hospital added a new attending team, they would have to take less call at night. While that certainly had appeal, Dr. Gibbons says, it didn’t address the issues of when patients were being admitted “and how frequently they were being handed off.

Dr. Gibbons notes that the plan wasn’t completely inflexible. For example, he had originally planned to have the second admitting team take admissions from 4 p.m. until 4 a.m., to even more dramatically reduce the number of handoffs. But he encountered stiff opposition.

“People really hated it,” he says. “It’s hard to take a 3 a.m. admission after you’ve worked all day.”

Because those concerns were legitimate, admission hours for the new team were scaled back. “Few patients are admitted during the window between 2 a.m. and 4 a.m.,” says Dr. Gibbons. “Making that switch minimally affected the number of handoffs, and it improved resident satisfaction.”