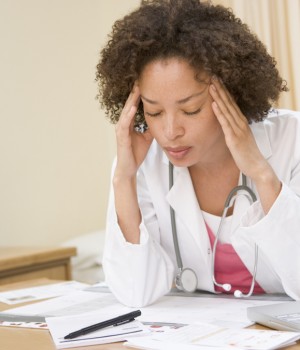 What is less understood, however, are the steps that physicians should take to cope with and learn from these incidents.

At a session at this year’s Society of Hospital Medicine meeting in San Diego, two Atlanta physicians proposed a checklist to help guide the personal and professional examination that should follow an adverse event.

“Ultimately, the goal of discussing any medical error is not just to take away guilt, but to learn a lesson from what’s happened,” explained Kimberly D. Manning, MD, associate professor of medicine and program director of the transitional year residency program at Emory University who also works at Grady Memorial Hospital.

Working with Neil H. Winawer, MD, associate professor of medicine at Emory University and director of the hospitalist program at Grady Memorial, Dr. Manning developed a checklist to strike a balance between “personal accountability and a no-blame culture.” She says that the checklist grew out of the notion that health care mistakes and mishaps aren’t due solely to either provider screw-ups or systems breakdowns.

The evolution of accountability
Historically, Dr. Winawer explained, the medical community viewed mistakes through the lens of “blame and shame.” When an adverse event occurred, providers would be shamed publically (such as during a morbidity and mortality conference), told to work harder and perhaps receive retraining.

Starting in the mid-1980s, however, the culture of medicine began emphasizing a “no-fault” approach. Now, the tendency is to view nearly all adverse events as due to systems issues.

“It was a groundbreaking shift in terms of where we had been in medicine,” Dr. Winawer said. The only problem is that not every error has its origins in systems, and individuals need to be accountable for their mistakes.

Think of it this way, Dr. Winawer said: “There are only so many times you can put up a ‘Wash your hands’ poster. Eventually, if someone doesn’t wash his hands, it’s not the institution’s fault; it’s the provider’s.”

The checklist that Drs. Winawer and Manning created aims to balance no-blame with personal accountability. (See “Dissecting a medical error,” below.) It spells out a safe way for physicians to analyze and work through adverse events either by themselves, working with a colleague or supervising a trainee.

A case study
Literature suggests that talking through a distressing situation can help stave off burnout or depression. “But how we can do that is not clear,” Dr. Manning said.

To learn from an error or adverse event, she explained, physicians need to think about the role of the system, provider issues and the patient, who is often forgotten. And while personal accountability is important, physicians need to remember that medicine is usually a team effort. The checklist helps physicians identify the responsibilities and roles that other clinicians may have played in adverse events. Interns and attendings, for example, have different levels of accountability.

To demonstrate how the checklist works, Dr. Manning explained how she personally used it when a patient of hers died a few years ago.

While examining a patient, her medical team “students and residents “suspected an acute abdomen and informed their surgical colleagues, who disagreed. The surgical residents were more junior than Dr. Manning, but she accepted their opinion and didn’t bring her concerns to the level of the attending surgeon supervising them.

The patient eventually became sicker and was rushed to the operating room, but later died from a perioperative myocardial infarction. Dr. Manning used the checklist to review the case with her team:

1. “What happened? What was the pivotal event?”
Dr. Manning said that she allowed the surgery residents ” who had significantly less experience “to dissuade her from pushing for this patient to go to a much-needed surgery, even though she felt otherwise. In the midst of a busy morning with many other patients to see, Dr. Manning told the team that the patient would “declare himself” and instructed them to continue with serial examinations.

2. “What did I do that was good for the patient?”
Addressing this question allowed the team to recognize that they had done a lot right, including spending time thinking about the case, responding immediately and thoroughly documenting their decision-making. This question is important to consider at the beginning of any analysis, said Dr. Manning, because “if we don’t take time to work through that, all we can think about is the negative thing that took place. We tend to feel the worst about patients we have invested a lot into, who we have built good relationships with and to whom we have provided really good medical care in some aspects.”

3. “What did I do or not do that was not ideal for this patient?”
As an attending physician, answering this question led Dr. Manning to realize that she leaned on the excuse of being too busy on a medical service full of patients and not pushing for the input of a senior attending surgeon. The intern on her team, meanwhile, answered this question differently, because he had done all that was in his power.

4. “How high are the stakes?”
In this case, the stakes were high, and the patient died.

5. “What could I have done differently?”
Dr. Manning said she was fairly certain that the patient’s problem was surgical and that she should have immediately called for a consult with the surgical attending. “I know that an attending-to-attending consultation would have yielded a more rapid response,” Dr. Manning said.

She also regrets telling the team that the patient would “declare himself.” “When I think back on that, a human being who is forced to ‘declare himself’ in a hospital is a terrible thing.”

6. “What did I learn from the situation?”
Dr. Manning said she learned that when she doesn’t agree with her consultants and the stakes are high, “I need to push a little harder and try to come to some agreement where we at least have a very careful follow-up. But most importantly, I need to trust my clinical judgment enough to advocate for the patient to the full extent that I can.”

7. “What can I do to avoid this happening again?”
While physicians tend to focus on systems factors, those factors in this case were relatively minor: an overstretched patient census and the hierarchical arrangement of the surgical consult team.

According to Dr. Manning, the real issue is that sometimes adverse outcomes are simply “people related” at the core. She stated that she is certain that a simple phone call to the attending surgeon would have brought swifter intervention.

Moving on
The checklist also contains four follow-up questions that help doctors “ask for closure, get the lesson and move on,” Dr. Manning said. By admitting that she felt bad about the case, in part because she had gotten to know the patient well, Dr. Manning was able to decide that she wanted to “honor” his memory.

Not only has she told his story to others, but she has made sure that she consults with a senior colleague if she’s unsure about how to proceed. “Even if it’s 5 p.m. or a weekend,” she said, “I remember this patient and say that for him, I have to go the next step.”

Dr. Manning said that the checklist plays another important role: It makes it easier for physicians to talk to their colleagues when something goes wrong. All too often, errors aren’t discussed face-to-face, but they’re whispered about behind backs or just left to fester. The end result is that no one learns any lessons, and guilt can grow.

The checklist provides “an objective way to have these conversations without damaging relationships,” Dr. Manning said. “In our groups, the best care requires us to have good working relationships together as we hand patients back and forth.”

“I am not holding a lot of guilt about that patient now,” Dr. Manning said. “Instead, I am honoring him, and remembering the lesson I learned from him. I never want my father or my husband to have to declare himself.”

1. What happened? (What was the pivotal event, adverse outcome or medical error?)

2. What did I do that was good for this patient?

3. What did I do or not do that was not ideal with regard to this patient?

4. How high are the stakes?

5. What could I have done differently?

6. What did I learn from this situation?

7. What can I do to avoid this happening again?

1. How do I feel about what happened?

2. What bothers me the most about this situation?

3. What advice would you give to someone who was in this situation?

4. How can I honor my patient now? 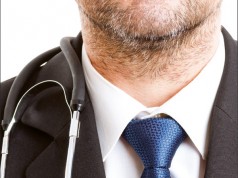