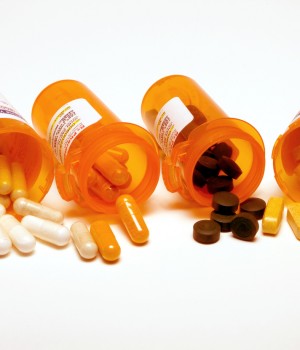 Published in the August 2012 issue of Today’s Hospitalist

FIGURING OUT WHAT’S CAUSED A LIFE-THREATENING OVERDOSE in an unresponsive patient often involves detective work for hospitalists, plus some expert backup from a toxicologist. But even treating a common drug overdose “when the patient tells you what he took, when and how much “can be a challenge. Patients’ symptoms might not match what you expect. And patients, even when treated “by the books,” may not turn around as quickly as you want.

Related article: “Treating opioid use disorder in the hospital.” (May 2018)

Those problems are common, said emergency physician and toxicologist Kennon Heard, MD, who spoke about treating drug overdoses at the Society of Hospital Medicine’s annual meeting in San Diego.

“If the symptoms don’t fit the poisoning, treat the patient, not the poison,” said Dr. Heard, director of the medical toxicology fellowship program at Denver’s Rocky Mountain Poison and Drug Center. “Don’t worry about what patients actually said they took.”

Dr. Heard also had this reminder for hospitalists dealing with drug overdoses: “Toxicology is one of the few areas in medicine where 24 hours a day, seven days a week, you have the option to call a friend in the poison center when you have questions.”

CNS deactivators
With any overdose that results in admission, the first few hours determine not only the outcome, but also the pace at which patients recover.

The key is identifying the important clinical effects. That means figuring out if the overdose is activating (or deactivating) the central nervous system, causing cardiac arrhythmias or depressing myocardial function, or causing anion gap acidosis.

“Those are the really big ones you need to be concerned about early on,” said Dr. Heard, who is also on the faculty at the University of Colorado School of Medicine.

But recognizing the drug isn’t necessarily as important as recognizing the severity of patients’ symptoms and responding to them. “With drugs that deactivate the CNS,” he noted, “probably the most common reason that people die is because they lose their airway. If you manage patients’ airway, they’re going to survive.”

While that means ventilation, it’s important to keep it as brief as possible with short-acting sedatives like midazolam or propofol. “We see patients with a much longer ICU course because someone gave them multiple doses of lorazepam,” Dr. Heard pointed out. “They’re overly sedated when they might have been ready to extubate.”

Other worries
At the other end of the spectrum are overdoses from drugs that activate the central nervous system. These include cocaine, methamphetamine, anticholinergic drugs and, occasionally, phencyclidine.

Because these drugs excite neurotransmitter systems in the brain and make patients potentially dangerous, you first need to turn the brain off as quickly and safely as possible. That means bringing on the benzodiazepines, Dr. Heard advised.

He does turn to propofol on occasion, he said, if patients are highly agitated and difficult to control. But because most patients given propofol have to be intubated, he tries to avoid it.

“Once you get the patient sedated, you’re taking care of the things that are going to kill them,” he said. “You can address other complications that may occur “hyperthermia, end-organ injury or something like myocardial ischemia ” later on.”

Dr. Heard cited this not-atypical case: a 43-year-old patient who overdosed on cocaine and landed in the ED after an altercation with the police. He was tachycardic, and the physician couldn’t get a blood pressure because the patient wouldn’t stop fighting.

In addition to 10 mg of intramuscular midazolam in the ED, the patient needed an additional 4 mg of IV lorazepam to calm down. Physicians treated his hyperthermia with wet blankets, ice packs and an iced saline infusion, but the patient still developed moderate rhabdomyolysis and mild renal insufficiency. He stayed in the hospital for a few days until his renal function returned to normal.

Dr. Heard also described a 45-year-old patient who presented to the ED after having a seizure, then had two more even after receiving 30 mg of diazepam. He had overdosed on isoniazid, which doesn’t directly activate the central nervous system, but actually depletes the brain of gamma-aminobutyric acid (GABA) and interacts with vitamin B6.

“Benzodiazepines require GABA to be present to function, so simply treating with benzodiazepines wouldn’t be sufficient,” Dr. Heard said. In this case, the man was treated with high-dose pyridoxine.

“We would actually give these patients five grams, but since pyridoxine comes in only 50 mg vials, the pharmacists end up opening 100 vials to try to get it into IV solution.” That approach stopped the seizures, and the patient did well enough to be discharged the next day.

Arrhythmia type guides treatment
When an overdose produces cardiac dysrhythmias, Dr. Heard said, first identify the type of arrhythmia: narrow and fast, wide and fast, or slow. Then decide whether you need to attend to the brain or the heart first. “How you direct the treatment for each is a little bit different,” Dr. Heard said.

In overdoses, Dr. Heard observed, narrow, fast rhythms are usually due to drugs that affect the brain, not the heart. He cited one example of a patient who presented after ingesting bath salts, a relatively new derivative of a methamphetamine-type drug that, like “meth,” activates the central nervous system. Such patients should be sedated, not treated with a beta-blocker.

“Our first-line therapy for these patients will be sedation,” Dr. Heard said, noting that this particular patient received two mg of lorazepam and two liters of saline. “Two hours later, he was in normal sinus rhythm and his left bundle branch had resolved.”

For overdose patients with a markedly widened QRS circuit, on the other hand, physicians should suspect a drug that blocks sodium channels such as a tricyclic antidepressant. Because these patients can also be hypotensive and comatose, your first-line treatment should be sodium bicarbonate in boluses of one or two amps.

“When rhythm is wide and fast, think sodium channel blocking and treat with sodium bicarb,” Dr. Heard said. “When it’s narrow and fast, treat with sedation.”

Although slow rhythms are relatively uncommon in overdoses, Dr. Heard thinks they’re the most frightening. Calcium channel-blockers and beta-blockers are the main suspects, although such dysrhythmias can be caused by digoxin overdose or massive overdoses of either local anesthetics or cocaine.

Because many drugs that cause slow rhythms also depress myocardial function, patients who’ve overdosed on them will have marked hypotension. Physicians must address the patient’s rate (with pacing, for instance) as well as the myocardial dysfunction, using adrenergic vasopressors or high-dose insulin and glucose.

To illustrate the difference between ketoacidosis and toxin-induced acidosis, Dr. Heard cited the case of a 35-yearold alcoholic woman. The patient had no history of toxic alcohol ingestion but presented after a few days of vomiting and headache. She had very low serum bicarbonate, very high anion gap acidosis, no detectable ethanol, essentially normal blood glucose and only slightly elevated creatinine.

The patient was unlikely to have diabetic ketoacidosis, Dr. Heard explained, although it wasn’t clear whether she was suffering from toxic alcohol ingestion or alcoholic ketoacidosis. But the treatment was the same: Two liters of D5 saline over a couple of hours, and repeating labs in two hours.

“One of two things is going to happen: Her bicarbonate is either going to go up, her anion gap will go down, and her creatinine and pH are going to get better, in which case she has alcoholic ketoacidosis,” he said.

Conversely, if the patient’s bicarbonate worsens, her anion gap widens and her creatinine goes up, her acidosis will get worse. “In that case, it’s toxic alcohol ingestion.”

If the patient is likely to respond to treatment and has been blocked with an alcohol dehydrogenase inhibitor, Dr. Heard advised, hospitalists should get a nephrologist on the case and consider dialysis. It’s usually faster to start dialysis than to get labs to turn around an ethylene glycol concentration, he explained.

Prudent use of tox screens
For hospitalists trying to get to the bottom of a suspected overdose, toxicology screens can be immensely useful. That’s particularly true of urine screens, because drugs tend to be more concentrated in urine than in blood “provided the screens are specific enough. Most labs’ urine screens are limited to only the usual suspects: opioids, benzodiazepines, barbiturates, cocaine, and amphetamines, and possible marijuana, PCP, and tricyclic antidepressants.

“If you’re looking for something other than one of those drugs, you will not find it,” said Dr. Heard. “Physicians make the mistake of ordering a drug screen and, because it’s negative, they assume there’s nothing there.” In fact, you can exclude only those drugs covered by that particular screen.

Despite that limitation, Dr. Heard offered the following general rules on tox screens:

Dr. Heard advised being skeptical if a patient reports cold medications as an explanation for a positive amphetamine screen.On a positive note, you can use reference labs to test for just about anything, said Dr. Heard, as long as you let the lab know what you’re looking for.”Don’t just send a urine sample and say ‘tell me what’s in the urine,'” he said. “Your best bet is to talk to people at the reference lab and tell them what you’re concerned about. Then they can actually help you a lot more.”Bonnie Darves is a freelance writer based in Seattle.

THE PAST FIVE YEARS haven’t brought any blockbuster studies or major changes in how drug overdoses are treated. However, there have been notable developments and a few changes in thinking, said toxicologist Kennon Heard, MD, director of the medical toxicology fellowship program at Denver’s Rocky Mountain Poison and Drug Center. He presented a session on drug overdoses at the Society of Hospital Medicine annual meeting in San Diego.

One development is the emerging use of lipid infusion to address cardiovascular poisons. Because many drugs are lipid soluble, a major dose of an intra-lipid could “pull out” the toxin from the heart.

Other recent developments include:

Recent studies have found that patients with alcoholism and/or other causes of liver disease can safely tolerate therapeutic doses of acetaminophen (4 g/day) for up to four days. After four days, many patients will have a mild ALT elevation “but the effect is self-limited and does not cause further liver injury. If ALT levels rise dramatically with continued acetaminophen, however, Dr. Heard advised reducing the dose or eliminating the medication rather than ordering an extensive hepatitis workup.

Dr. Heard noted that decontamination methods ” think stomach pumping “are on their way out, replaced by early, aggressive symptom management. However, for acetaminophen or promethazine overdose, activated charcoal can decrease symptoms and, in the case of promethazine, possibly reduce the need for adaptive positive airway pressure.

Dr. Heard said he doesn’t advise noninvasive ventilation in overdose patients because the issue is rarely hypoventilation or failure to oxygenate. Instead, it’s usually an airway issue, and physicians should err on the side of reducing the risk of aspiration.