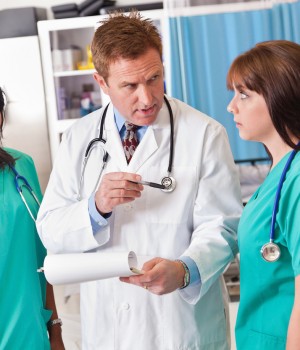 Consider this scenario, which may be common for many of you: You admit a patient with septic shock and then proceed to provide critical care, giving the patient gastric intubation and providing ventilator management.

You need to know, for instance, what services constitute critical care. You also need to watch the clock when providing critical care, because those services “unlike many other E/M services “are billed based on the total amount of time you spend performing them.

Then there’s another wrinkle: Many critical care services can’t be billed separately. However, the time you spend providing those services counts toward the total time you can bill.

Let’s take a look at some critical care basics and see how they fit into hospitalist billing.

A critical illness acutely impairs one or more vital organ systems, so that a patient’s condition has a high probability of imminent or life-threatening deterioration. Note that, according to this definition, patient deterioration “not death “is imminent.

Billing basics
You use one of the following codes to bill for critical care services:

Note that you must spend at least 30 minutes attending to the patient, which does not mean providing continuous attention at the bedside. Instead, the amount of time you can bill includes all of the following:

Performing any of the following services also counts as part of your time providing critical care:

Keep in mind that you can’t bill separately for the above services, but you should keep your critical care time clock ticking while you perform them. Other services not listed above that are commonly provided during critical care, such as CPR, may be billed separately. Just make sure that you do not count the time spent performing them toward your total critical care time.

Time spent also needs to be your guiding principle in documenting critical care services. If you do not document the total time spent providing critical care, you cannot use critical care codes, which are billed at substantially higher rates than other E/M service codes.

Complex billing cases
Now that we’ve covered the basics, let’s go back to the scenario we described at the beginning of the article.

Say you admit Mr. Jones on day 1 with septic shock. His blood pressure is unstable and he needs gastric intubation, so the admission takes three hours.

You would code 99223 for the admission and also bill for your critical care services. Be sure to subtract the time you spend performing admission functions, such as a history and physical, from what you count as critical care time.

Calculate that critical care time “which, again, does not have to be continuous “by adding up all the time you spent stabilizing the patient to prevent an imminent or life-threatening deterioration. That would include the time spent performing the gastric intubation.

What about vent management (94656)? Say that, for this patient, you set the initial vent settings and check blood gases to make sure they are appropriate. Would you code separately for these services and subtract out the time you spent performing them from your critical care time?

Other services, other physicians
Let’s say a code is called for Mr. Jones on day 2 and CPR (92950) is performed. You run the code and order further CPR, which is maintained for 31 minutes. The entire episode takes 90 minutes of physician time, either at the bedside or at the nurse’s station. What codes should you bill now?

You can bill a critical care code (99291) and a CPR code (92950). You would exclude the 31 minutes spent performing CPR from your total critical care time.

Finally, take that same situation and add yet another service: Later that day, another physician from your group comes on shift and performs 30 additional minutes of critical care. Are those minutes billable?

As I discussed in my May 2007 article, if your group has different doctors of the same specialty who see the same patient over the course of any given day, all the E/M services provided by hospitalists in your group to that patient should be billed under one doctor. You would definitely bill for the additional 30 minutes of critical care provided by your colleague. But those services would most likely be billed by you because you provided the majority of services to that patient on that day.

A partial list of diagnoses that support critical care services