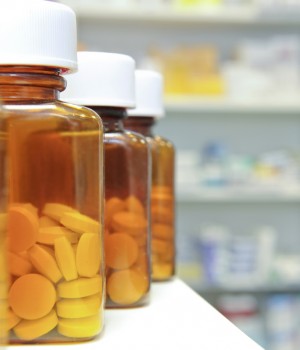 WHEN IT COMES TO BARRIERS to effective pain management “and, it turns out, there are dozens “physicians themselves can be the problem.

“Many doctors don’t feel comfortable managing pain or are not comfortable escalating doses,” explains Dahlia Rizk, DO, chief of hospital medicine at Mount Sinai Beth Israel in New York. “Or they are not familiar with all the modalities and techniques.”

When grant funding for that project expired, several interventions were discontinued. But the skills the hospitalists learned have persisted, as has the hospital’s emphasis on communicating constantly about pain.

“Pain is very complex, and it requires a complex approach.”

Dr. Rizk is now part of a formal effort in her hospital to address what she sees as the next evolution in inpatient pain management: tackling concerns about narcotic use and overuse. As a new interdisciplinary task force comes together to address the potential for overprescribing pain meds, she and her colleagues are drawing on the lessons learned in their original pain management project.

Pain-control barriers
In 2012, Beth Israel Medical Center, as the hospital was known then, received a grant from the Mayday Fund, a New York-based foundation dedicated to alleviating and treating pain. The grant allowed the hospitalists to enter into a collaboration with Beth Israel’s pain service.

One of the project’s first moves was to convene a focus group to uncover barriers to effective pain management. The interdisciplinary group identified 56 barriers, many of which originated with physicians, including concerns about side effects.

But some barriers were patient-related, such as issues like substance abuse or complex disease states like sickle cell. Nursing-level barriers were also sometimes a factor. “Perhaps it was something as simple as nurses not giving patients their PRNs or assuming that because patients didn’t request a pain medicine, they were not in pain,” Dr. Rizk says.

The hospital also designed a new pain metric known as “high sustained pain.” The goal was to identify patients who had three or more episodes of moderate to severe pain scores of more than 5 in a 24-hour period.

Tracking sustained pain
The grant allowed the hospitalist group to hire a pain nurse practitioner, who discussed pain regimens with hospitalists, nurses and housestaff during interdisciplinary rounds. The NP also used a tablet to track the most frequent barriers being encountered daily in patients with high sustained pain in seven medical units.

The most common recorded problem? “Presence of a pre-existing chronic pain syndrome.” The second most common was, “Pain medication not changed due to need to observe current therapy.” (See “Common barriers to pain control.“)

“Doctors may have been reluctant to rapidly escalate pain-medication doses,” says Dr. Rizk, explaining why inadequate pain control was not being changed soon enough. “Informal discussion with the NP often gave hospitalists the confidence to do so.”

“As a clinician, you may interact with a patient only once a day,” she says. “Seeing that sustained pain score over time was very valuable because you could see, from day to day, if your therapy was effective or if it needed to be changed.”

According to Dr. Rizk, reassessment is a critical part of pain management. “That told us whether the intervention chosen had enough of an impact,” she says. Patients’ high sustained pain also became a vital sign discussed every day at multidisciplinary rounds.

Over the course of the project, six of the seven hospitalist-led units saw their prevalence of high sustained pain drop an average of 32%. Dr. Rizk notes that the number of consults from the pain service also went down.

Of all the interventions, which was the most important? “Pain is very complex, and it requires a complex approach,” Dr. Rizk says. “But if I had to pick one component, I’d say it was the communication all around, asking patients about pain and continuously discussing it among all the team members. That’s what put the issue front and center.”

Now that the grant is finished, hospitalists no longer have access to a pain NP, nor are individual patients’ sustained pain scores being tracked. But discussions about pain are still front and center in daily rounds, and pain cards are still given to new hospitalists. Hospitalists’ skill and comfort level in treating pain also remains high.

And “we continue to address various barriers,” Dr. Rizk says. “There are several opportunities for low-hanging fruit, such as ensuring that PRN orders are utilized and teaching the value of converting from short-acting to long-acting meds, when appropriate.”

The next phase
The hospital is now addressing what Dr. Rizk calls “a quandary for hospitalists.” Given the new focus on narcotic over-prescribing, “we’re conflicted in terms of pain management. Do we just continue to escalate treatment? Or do we become more restrictive depending on patients’ diagnoses and our own clinical judgment?”

While the hospitalists in 2012 collaborated with the pain service, the new interdisciplinary team also includes psychiatry and addiction medicine.

“We have a world-renowned addiction program and methadone-maintenance program,” she notes, “but learning how to integrate those disciplines on the acute medical side is the challenge. It’s figuring out how all those overlap and putting together a type of SWAT team for handling patients with acute pain and other comorbidities that make them very difficult for us to manage.”

This next phase, Dr. Rizk adds, will also give the hospitalists “an opportunity to explore other modalities that we have had some success with, such as acupuncture and music therapy.” In trying to treat pain in patients with addiction or mental illness, “thinking outside the box is especially important.” 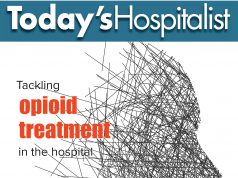 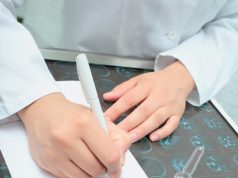 Treating opioid use disorder in the hospital 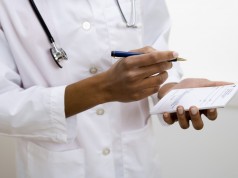