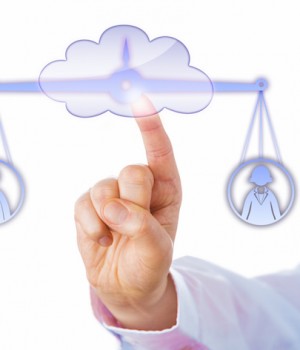 STAFFING COMPANY MERRITT HAWKINS last month released its latest recruitment and compensation report on the most heavily recruited physician specialties. The report was based on more than 3,100 search assignments in 2015.

A NEW OBSERVATIONAL STUDY finds that women hospitalists make nearly $15,000 less per year than their male colleagues, even after data are adjusted for part-time status, specialty differences and types of practice.

But the study authors concluded that at least some of that pay gap may be due to men and women having different career priorities. Working from 2009-10 data, researchers found that women hospitalists were more likely than men to be pediatricians and to work in a university. Women hospitalists were also younger (42 vs. 45), more likely to work part-time (18% vs. 12%) and less likely to serve in leadership roles (24% vs. 34%). Results were posted online in June by the Journal of Hospital Medicine.

A treatment blockbuster  for heart failure

THE FDA LAST MONTH gave fast-track approval to a new heart failure drug that holds out the promise of reducing cardiovascular deaths and the number of hospitalizations related to heart failure.

The drug, Entresto (sacubitril/valsartan), is an angiotensin receptor’neprilysin inhibitor manufactured by Novartis. FDA approval was based on results of the PARADIGM-HF trial, which were published in the Sept. 11, 2014, issue of the New England Journal of Medicine. That study tested Entresto against enalapril, an ACE inhibitor. The trial was stopped early after data found a 2.8% absolute risk reduction of death from any cause.

AN EDUCATIONAL INITIATIVE coupled with financial incentives helped reduce hospitalists’ use of telemetry, along with length of stay and total costs.

Hospitalists at Stanford University launched several interventions to reduce telemetry rates. They used an educational module to teach trainees about telemetry use. They also discussed the need for telemetry on teaching rounds and received quarterly data on telemetry utilization. In addition, hospitalists were offered a $2,000 bonus if the group reduced the use of telemetry beds.

“Our study also revealed,” the authors wrote, “that nearly half of participants were not aware of the criteria for appropriate utilization of telemetry before our intervention.” Study results were posted online last month by the Journal of Hospital Medicine.

TWO NEW SEARCHABLE SCORECARDS are providing a very public view of surgeons and their complication rates. The first, created by investigative journalism group ProPublica, provides data on 2009-13 complication rates for close to 17,000 surgeons across 3,600 U.S. hospitals.

ProPublica’s effort encompasses eight elective surgery categories (including knee/hip replacement) with results on all surgeons who performed 20 or more surgeries in each category. The database is searchable by name, hospital, city and state.

Average complication rates were between 2% and 4%, although 11% of surgeons were behind 25% of all complications. “Hundreds of surgeons across the country,” according to a ProPublica article written about the online tool, “had rates double and triple the national average.”

The second scorecard can be found at SurgeonRatings.org, produced by the ratings service Checkbook.org. This system looks at 15 types of surgeries for Medicare patients that were performed from 2009-12. But this database lists only those surgeons whose rates of readmissions, 90-day mortality and same-stay complications are significantly above average.

DESPITE KNOWING THE RISK they posed to patients, a hefty majority (83%) of clinicians surveyed at Children’s Hospital of Philadelphia reported working sick at least once in the previous year. That included clinicians who came to work with acute onset of significant respiratory symptoms (56%) and fever (16%).

Nearly 300 attendings and more than 250 advanced practice clinicians (APCs) were surveyed in the winter of 2014. Survey results were posted online last month by JAMA Pediatrics.

Researchers found that doctors were more guilty of coming to work sick than APCs. Reasons given for not calling out included not wanting to let colleagues down, concerns about staffing, fear of being ostracized and concerns about continuity of care. Free-text comments from respondents also noted problems finding coverage as well as “a strong cultural norm to come to work unless remarkably ill.”

Clinicians surveyed also noted that they were unclear how sick is too sick to come to work.