RESPONSES from a new survey highlight how critical care in this country is actually being delivered: by hospitalists, particularly in rural hospitals. Further, in their role as the nation’s real intensivists, those doctors routinely believe they’re practicing beyond their scope.

The results, which were published in the January issue of the Journal of Hospital Medicine, were based on responses to a survey sent out by the critical care task force of the Society of Hosal Medicine (SHM). According to the more than 400 hospitalists responding, 77% provide some ICU care, while two-thirds (66%) serve as the primary physician in their ICUs.

But for hospitalists in rural hospitals, the percentage who were primary ICU physicians soared to 85%. (The figure was 62% among non-rural facilities.) Half the rural hospitalists serving as ICU primaries said they felt obliged to practice beyond their scope, while 90% reported not having enough support from board-certified intensivists, at least occasionally. Also troubling: Among hospitalists serving as primary physicians in ICUs, 67% reported at least moderate difficulty transferring patients to higher levels of ICU care.

“Hospitalists are often left caring for patients they don’t feel particularly well-suited to care for because there’s no one else around.” 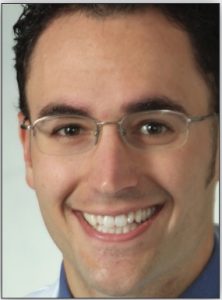 “We didn’t get into what the implications for patients may be,” says lead author Joseph Sweigart, MD, a task force member and a hospitalist at the University of Kentucky in Lexington. “But I think it’s fair to say that it’s a crisis for the hospitalists who are trying to sort out how we acquire the skills our physicians and advanced practice providers need to take care of these patients.” Dr. Sweigart spoke to Today’s Hospitalist.

Many organizations, including the Leapfrog Group, have called for board- certified intensivists to deliver critical care. But your results indicate that such calls don’t reflect the reality that hospitalists are now the major providers of those services.
We knew that hospitalists were involved in critical care, but we were very surprised at how many were primary ICU physicians—and often the only physicians.

In 2012, the SHM and the Society of Critical Care Medicine (SCCM) called for establishing one-year fellowships for hospitalists to fill the intensivist shortage. Did that proposal gain any traction?
That went nowhere, and the reaction, particularly from the pulmonary/ critical care community, was fairly brutal against the idea of abbreviated training. I think they believed that hospitalists were somehow trying to poach their patients.

If this is such a big problem, why don’t you hear about it more?
Because academics generate the vast majority of medical literature. We found a real dichotomy between non-academic settings and academic medical centers, specifically those in big cities, in terms of intensivist support. The front-line doctors in community and rural settings, who are feeling this pain the most, are frankly too busy taking care of patients to write about it.

We hear that tele-ICUs have made inroads into providing critical care, particularly in rural hospitals. But that doesn’t seem to be borne out by your results.
That was one concept we wanted to dig into a bit more. We wondered if —with telemedicine and creative scheduling—hospitalists providing critical care feel they get enough intensivist support.

I think our survey shows that this is probably not true. While hospitalists may have access to some intensivists, those may be around only a couple of hours a day or they’re covering multiple hospitals within one system. That’s just not an optimal or meaningful presence.

Our other idea was that rural and community hospitals could quickly get critically ill patients to ICUs in academic medical centers, but we found that’s not the case. Not only are hospitalists taking care of these patients without support, but when they want to transfer them, that transfer can be difficult and is often delayed.

Many rural hospitalists serving as ICU primaries reported practicing beyond their scope. But that didn’t correlate to their number of ventilated patients. What areas of care made them feel they were out of their depth?
We were surprised by that, as we actually expected a tight correlation between more patients being mechanically ventilated and hospitalists feeling uncomfortable. Instead, the data showed that the perception of practicing beyond your scope and of insufficient intensivist support correlated to the difficulty of transferring patients. That may indicate the most vulnerable period for both the patient and the hospitalist.

Respondents overwhelmingly reported wanting to augment their critical care skills. But you write that many educational offerings either focus only on specific skills, like point-of-care ultrasound, or aren’t in-depth.

There’s a lot of available training out there, which is very useful, but it’s just not enough. While it whets the appetite, it doesn’t deliver as much as people want.

We’re trying to build more comprehensive resources, working with both the SCCM and the American Academy of Emergency Medicine on content. In the meantime, we have created a landing page on the SHM Web site to direct people to various resources. And our task force has created several modules for hospitalists, and those have gotten a lot of traffic.

We also need more presence and training at big national meetings. But I suspect that additional training needs to be heavily online and self-guided to better suit rural providers.

The editorial accompanying your study mentioned several possible strategies as solutions, including limiting the number of patients who end up in ICUs. Those authors wrote, “Further research on ethically sound strategies to avoid ICU admission for patients unlikely to benefit is desperately needed.”
The act of titrating the amount of care we can deliver to the amount of care patients need is a complex and intricate balance. It’s really a tricky concept and one I hope future works can address. It could potentially help mitigate this shortage of ICU beds and ICU expertise.

One of our readers shared our story with this comment: “Neither good nor bad; more hospitalists than Intensivist (15:1) and we’re there 24/7/365. What’s missing is expert consultative backup for complex issues like ARDS and ICH…of course just my perspective after doing this for 24 years.” ~ Michael Menolasino,
Lake West and TriPoint Hospitals at Community Hospitalist and Medical Director, Hospital Medicine at Lake Hospital Systems.