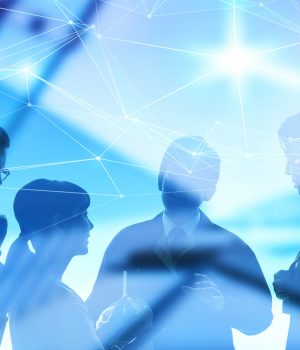 AS CHAIR OF the Society of Hospital Medicine’s practice management committee, Andrew A. White, MD, a hospitalist with University of Washington in Seattle, is often asked this key question: What variables should hospitalists be emphasizing in talks with their C-suite to prove their value when negotiating for more staffing and support?

To find out the answer, Dr. White and his committee colleagues decided to go directly to the source. They interviewed two dozen hospital executives—presidents, CEOs, CMOs and CFOs—and asked if there is a formula they rely on to gauge the value and return on investment of their hospital medicine groups.

The short answer is, no, there really isn’t. “We expected hospital executives to have some robust model for measuring hospitalist value, and we were disappointed,” says Dr. White, whose results were published in the November 2019 issue of the Journal of Hospital Medicine. “There is no single consistent way to calculate that return.”

“Nursing and staff retention are a huge opportunity we need to use.” 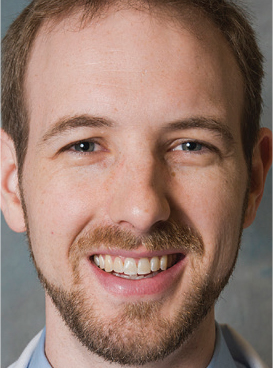 Instead, he and his colleagues had this main takeaway: While hospital leaders can—and do—track some local performance metrics, “a lot of what drives the willingness to fund a hospitalist program is gestalt and the sense of collaboration,” he says.

“Because so much of that is based on relationships, hospital medicine leaders just have to work directly with their executives.”

A new value paradigm
Dr. White adds that another strong theme emerged from their talks: The value paradigm that helped usher in hospital medicine 10 years ago no longer applies.

What factors made up that old value proposition? The idea that hospitalists can liberate primary care doctors (or residents in academic centers) from having to provide around-the-clock care, for one. Two, the ability of hospitalists—particularly in smaller community and rural hospitals—to treat sicker patients locally and cut down on big-city transfers.

“All those attributes are now already baked into CEOs’ assumptions about hospital medicine,” Dr. White explains. “What’s important now is how hospitalists respond to their hospitals’ new problems.” If they don’t understand what those new problems are, “their relevance and the justification for their salary support start to fade.”

As for what new problems hospital leaders now look to hospitalists to solve, Dr. White says that hospitals have very diverse, locally-driven priorities. Some want their hospitalists to rein in length of stay, others look to them to partner more closely with proceduralists or primary care physicians, and still others need hospitalists to step up and provide more leadership throughout the hospital.

However, one priority that hospital leaders kept mentioning caught Dr. White and his research colleagues off guard.

“We need to understand that our ability to shape and enhance interprofessional teams is leading to the perception of our value,” he points out. He now believes that nursing retention is “one of those things that hospital medicine leaders may not be capitalizing on enough because it seems to be outside our medical zone.” When talking to hospital leaders about programs’ return on investment, “nursing and staff retention are a huge opportunity we need to use.”

Group stability
Dr. White also says that he and his team heard a lot—both good and bad—about the stability of hospitalist programs.

On one hand, hospital leaders enjoyed working with experienced hospitalists willing to sign on and stick around in their programs. One executive at a rural hospital where a stable group of hospitalists has worked for a decade, for instance, commended them as not only stalwarts of the local medical culture but of the broader community.

But other executives noted that many younger hospitalists were more likely to come across as “shift workers” and that hospitalist transience and turnover can be constant problems. Dr. White also points to what he thinks may be a generational gap.

“The majority of the CEOs we spoke to probably skewed more to the baby boomer generation,” he notes. “I look at many hospitalists and see millennials.” That gap may color some of the discussion around doctors not being committed to an employer—or young doctors may not yet be ready to settle down. At the same time, he adds, executives are aware of the many job offers that hospitalists can choose from.

“CEOs know they have to be thoughtful about the nonfinancial aspects of hospitalists’ jobs to be able to grow physician commitment,” Dr. White says. “They know that collaboration has to be a two-way street.”

One note of caution: He often heard executives excited about hospitalist value in terms of helping support hospitals’ surgical specialties. While that may be a big hospital priority, he points out that hospitalists need to make sure they’re not practicing unsafe care just to try to boost their perceived value among hospital leaders.

Are rising stipends sustainable?
From hospitalist groups, Dr. White understands that it’s becoming tougher to continue to negotiate for broader financial support. So what did he and his colleagues hear about ever-rising stipends to keep hospitalist programs afloat?

They heard a range of opinions and concerns. One hospital leader called the ever-steeper stipends and the ballooning number of hospitalist FTEs “unsustainable” financially. At the other end of the spectrum, one leader said he accepted growing stipends as “the cost of doing business,” Dr. White says. “He was very accepting of the fact that a national labor market with a mismatch between hospitalist supply and demand is driving up hospitalist salaries.”

All, however, were indeed exerting some pressure on their hospitalist groups to demonstrate better value. “The majority had some quantitative piece, typically a few metrics that they were following,” says Dr. White. “But performance on those wasn’t the sole driver of how decisions were made about financial support.”

He and his team offer these recommendations for groups interested in securing hospital support: Communication and relationship building are essential, not only with hospital leaders, but with nursing, primary care and specialists.

“The words we heard over and over again were ‘alignment’ and ‘collaboration,’ ” says Dr. White. “Hospital leaders couldn’t put a dollar value on those, but they overwhelmingly informed their support.”

Published in the April 2020 issue of Today’s Hospitalist