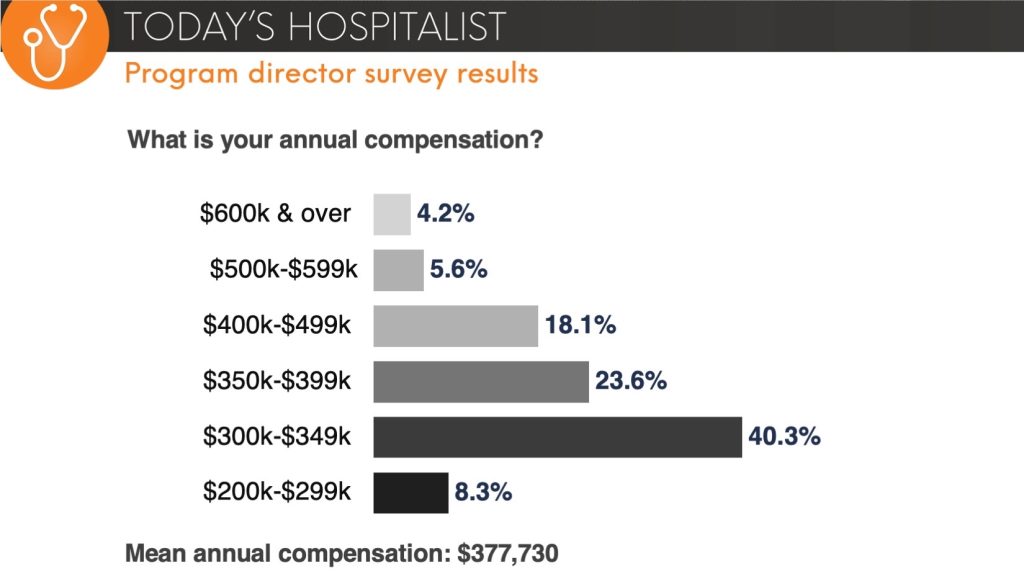 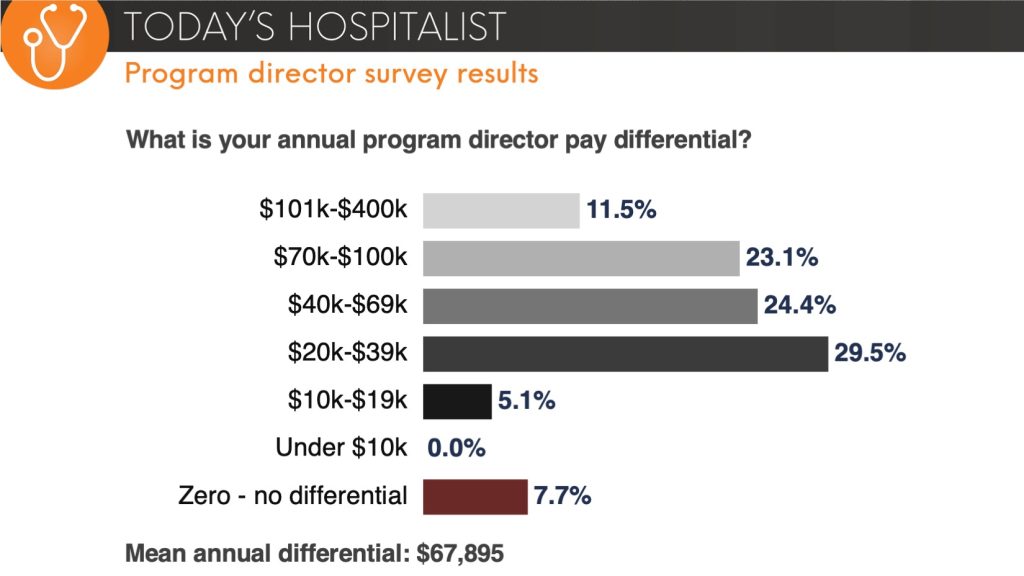 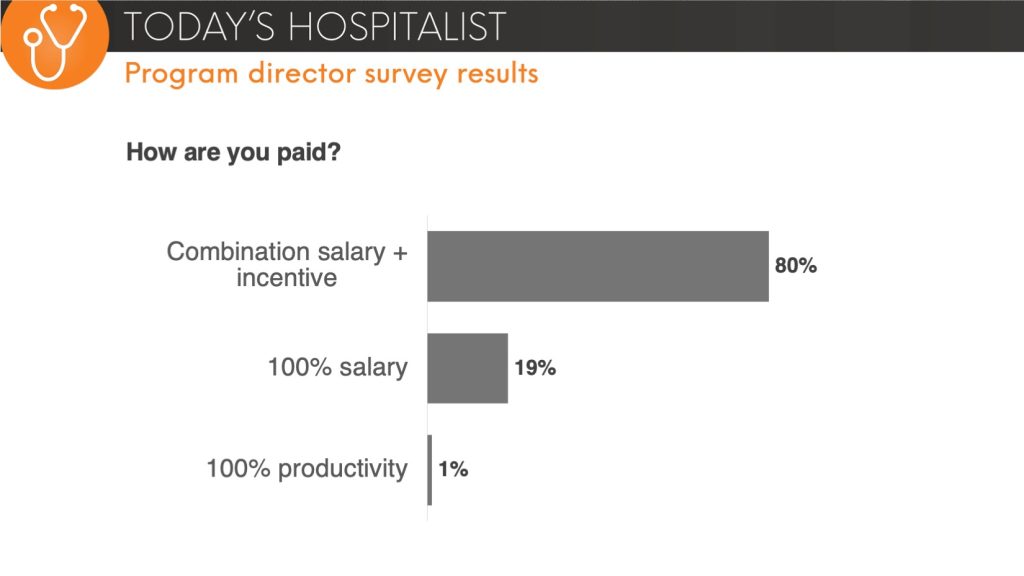 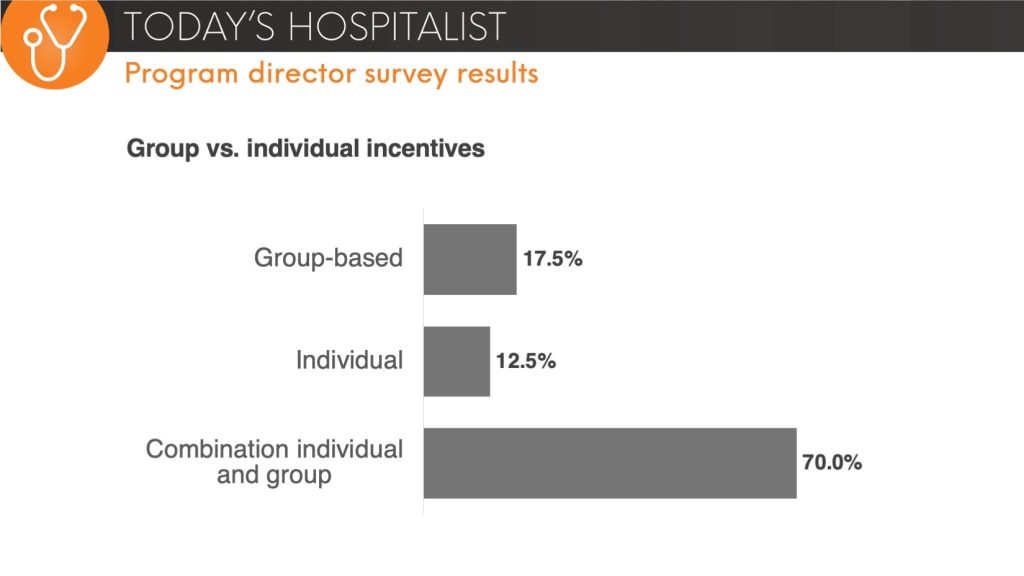 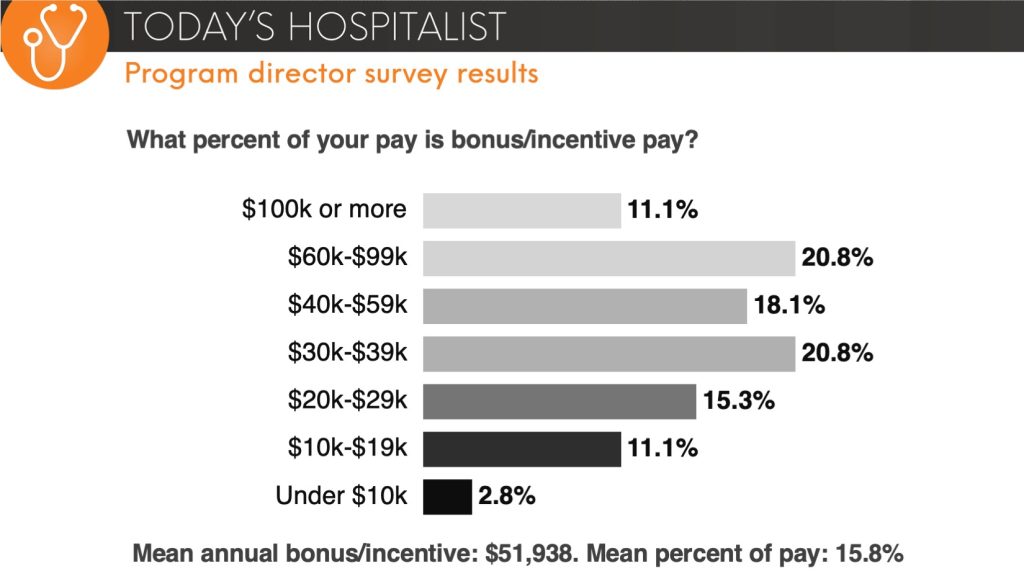 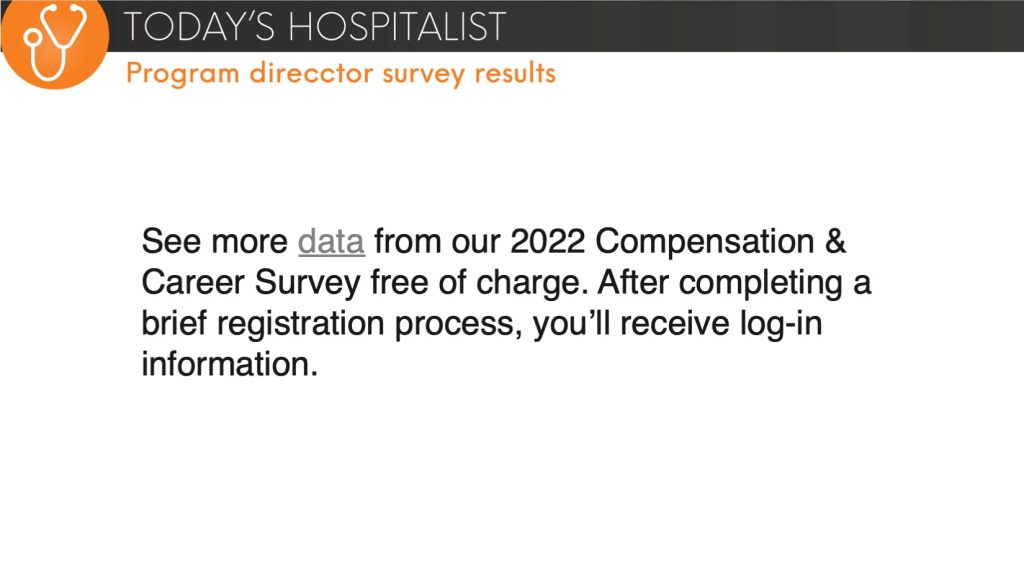 As for how they’re paid, 80% of hospitalist program directors reported earning a combination of salary and incentives. About one in five (18.9%) said they’re paid straight salary alone, and 1.1% said their paid based on productivity.

Those bonus/incentive amounts added up to a mean of 15.8% of program directors’ annual income in 2021. 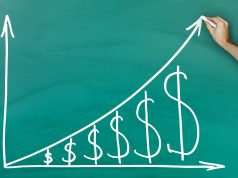