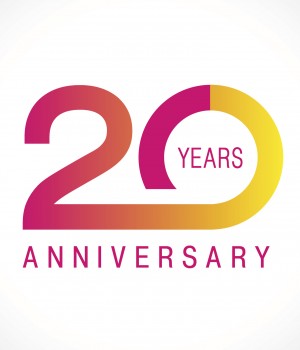 IN THE AUG. 15, 1996, issue of the New England Journal of Medicine, two academic physicians wrote about a new type of internist known as hospitalists. While there was a small group of physicians practicing as hospitalists at the time, mainly in California, the article marked the first time the term had been used in a mainstream medical journal.

One of the two authors was Robert Wachter, MD, who went on to become a founding father of hospital medicine. To commemorate the 20th anniversary of that article, we asked several hospitalists to reflect on what the specialty has done well—and not so well—in the last two decades.

THE REAL BOTTOM LINE
“As we try to accommodate the needs of cash-strapped hospitals, hospitalists must never forget that our ‘bottom line’ is not a dollar amount, but the welfare of the patient. If we get that one wrong, it really doesn’t matter what someone else thinks we got right.”
—Stella Fitzgibbons, MD
Hospitalist and  ED physician
Houston

HOSPITAL- VS. PATIENTCENTRIC CARE
“As a specialty, hospital medicine failed when we ran a hospital-centric model, and we succeeded when we became patient-centric. If hospitals care only about keeping average LOS costs down and getting patients home, you’re focusing on money. We instead need to focus on outcomes, with a philosophy that says patients need to get better, and if they can’t, we need to maintain their dignity and provide informed choices with full patient participation, even if that means hospice and palliative care.”
—Raj Mahadevan, MD
Cape Coral Hospitalists
South Florida

“We did not realize that for-profit hospitalist groups would exploit the hospitalist model for financial gain by increasing the number of encounters to a level that compromises better quality and patient experience, which were the point of the hospitalist model in the first place.”
—Colleen McCoy, MD
Susquehanna Health
Williamsport, Pa.

RECERTIFICATION AND EMRs
“When I look over the 12 years that I’ve practiced as a hospitalist, I’m happy to see that the medical community has finally listened to us and is considering restructuring the requirements of board recertification to align with our real-world needs. In medicine, we often talk about a lot of things that need to change, but this time around, change is happening.

“One of the things that still needs to change is the electronic medical record revolution, which has slowed down our workflow and taken away bedside time with patients. We are spending so much time in front of the computer documenting or billing or entering orders, and this time could be better spent on actual direct patient care.”
—Jalila Cunningham, MD
Maury Regional Medical Center
Columbia, Tenn.

SYSTEMS APPROACH VS. SHIFT WORKERS
“I’m proud that hospitalists have focused considerable attention on systems and operations that support high-value care. Our field as a whole is very interested in things like effective handoffs and clinical protocols to ensure good care, even if those things aren’t yet fully realized at all groups. Among the most important operational changes our specialty has made are helping move hospitals away from providing night on-call coverage from home and replacing the old on-call system with dedicated in-hospital night doctors.

“That said, too many hospitalists view themselves as shift workers who have no responsibility or ability to influence priorities and goals in their own group or the hospital where they work. This limits the value they can provide, reduces their professional satisfaction and contributes to burnout. If hospitalists think of themselves as business owners rather than shift workers, they’ll be better positioned for career success and longevity.”
—John Nelson, MD
Overlake Hospital/Nelson Flores Hospital Medicine Consultants
Seattle

LEADERSHIP AND COLLABORATION
“I think hospitalists got it right when we as a group grabbed the reins of medical leadership. There is so much change underway in clinical science, technology and payment policy, and it all requires medical leadership, both within the hospital and at a national level. I’m proud not only that we’ve helped change processes of care, but that we’ve improved the culture of care by fostering collaboration between doctors, nurses, patients and families.”
—Dean Dalili, MD
Schumacher Clinical Partners
Houston

TREATING “TWO PATIENTS”
“Hospital medicine’s most powerful legacies are first, that we improved patient care and efficiency. Second, we were the first physician specialty to embrace the notion of systems thinking. And three, hospitalists demonstrated the capacity of American health care for disruptive innovation, at least under the right conditions.

“What did we get wrong? The specialty promised to care for ‘two sick patients,’ which we defined as the patient and the system. In many groups, a combination of uninspired leadership and seven-on/seven-off scheduling led to a generation of physicians who were too busy during their ‘on week’ to focus on anything other than patient care, and too exhausted during their ‘off week’ to think about work. This led many hospitalists to forgo the second patient. These groups mostly failed to meet the promise of systems improvement.”
—Robert M. Wachter, MD
University of California, San Francisco

VALUE-BASED CARE
“One of the areas that I feel most proud of in hospital medicine is how we have made a difference in the value equation for our institutions. Value-based care could not have possibly been attained without our direct involvement in the process.

“An area I worry about is the impact that hospital medicine has on young physicians who are forgoing primary care to work as hospitalists.”
—Tomas Villanueva, DO
Baptist Health Medical Group
Coral Gables, Fla.