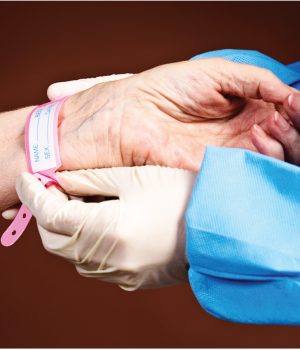 NEARLY ONE-QUARTER (23.6%) of patients admitted to a hospital experience an adverse event. Nearly one-quarter (23%) of those events were preventable and 32% had a serious or higher level of severity.

Those data came from a study of 11 Massachusetts hospitals that was published in the New England Journal of Medicine. Researchers looked at admissions in 2018 from a mix of large and small hospitals that were part of three health care systems in the state.

Researchers defined serious events as those where harm resulted in substantial intervention or prolonged recovery. Only two categories—life-threatening and fatal—were worse.

Researchers also found seven deaths among the admissions. One was preventable.

The authors noted that while there’s been an overall decrease in health care associated infections, progress on other safety measures can be difficult to quantify.

Some data show these events may be 20 times more prevalent than voluntarily reported data would indicate.

All oncologists should immediately stop giving chemotherapy since the resultant effects on the bone marrow will result in an adverse event being recorded. Neutropenia, anemia and thrombocytopenia are not acceptable. Likewise, hypokalemia after furosemide; we must stop treating heart failure with diuretics.
Or the other option is for patients to stop seeking care in Massachusetts.