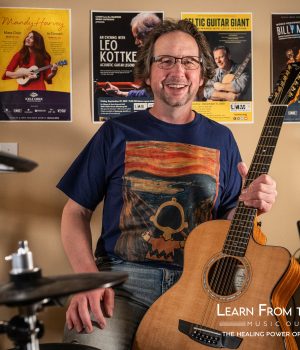 “MUSIC PROMOTER” may seem an unlikely sideline for a full-time hospitalist. But Larry Birger, MD, the founder of a nonprofit for music education and outreach, explains it this way: “I have passions for education, music, relationships and healing, and those aren’t abstract issues for me. I’ve needed all those things myself.

As a teenager, Dr. Birger took some rock guitar lessons, then fell in love with the music of guitar virtuoso Phil Keaggy. Doing pre-med at the University of California, San Diego, he was able to take classical guitar from Celin Romero.

He then “mothballed” his musical interests for two decades. But going through tough personal times in 2017, he reached out to Adam Cord, an Ohio-based musician who transcribed Mr. Keaggy’s music—and who himself is a master guitarist and teacher. Their initial conversation turned into Skype lessons.

“I started this outreach to fight my own burnout.”

“He ignited a renaissance in my music, and it just grew from there,” says Dr. Birger. “I remember thinking it was too bad such teaching opportunities are transient.” He also connected with Billy McLaughlin, an internationally-acclaimed fingerstyle guitarist who painstakingly relearned guitar left-handed after being diagnosed with focal dystonia. Working with a disabilities organization, Dr. Birger brought Mr. McLaughlin to Ellensburg, Wash., where he practiced, for a free concert and school outreach.

“I realized I was learning from masters and doing the work of an organization that didn’t have an organizational form,” he says. In 2018, Dr. Birger officially formed Learn from the Masters Music Outreach (the acronym is LMMO, pronounced “Elmo”).

Each musician paved the way for working with others of similar caliber, and opportunities snowballed for teaching videos (online at LMMO.org), workshops, scholarships, and—before the pandemic—concerts and outreach to schools and nursing homes. Masters who have since been a part of LMMO’s work include Leo Kottke, Tuck & Patti, and Celtic guitarist Tony McManus, among many others. LMMO is now a major sponsor of several albums and a book of Kottke transcriptions, and will soon be releasing further free teaching videos.

From art to education to entrepreneurism, hospitalists look outside of medicine. Check out those stories here.

“The goal is to share the healing power of music as widely as we can,” Dr. Birger explains. “This includes providing high-quality educational resources for those throughout the world who lack money, teachers or time.” A hospitalist at Samaritan Health in Moses Lake, Wash., he often talks about his musical interests with patients. “That allows me to connect with them in a powerful way, and it opens up trust,” Dr. Birger points out. “It puts a human face on medicine.” He’s also started a band of his own called “Some Other People” with local musicians, all of whom are either health care professionals or family members.

Meanwhile, being a physician promoting music “has been an advantage. Being a doctor catches people’s attention. And the healing in both fields works in parallel and synergistically.” The time he devotes to LMMO and the relationships he’s made bring “a certain joy and satisfaction, and renewed inspiration. I started this outreach to fight my own burnout and, in that sense, this whole endeavor has been healing.” 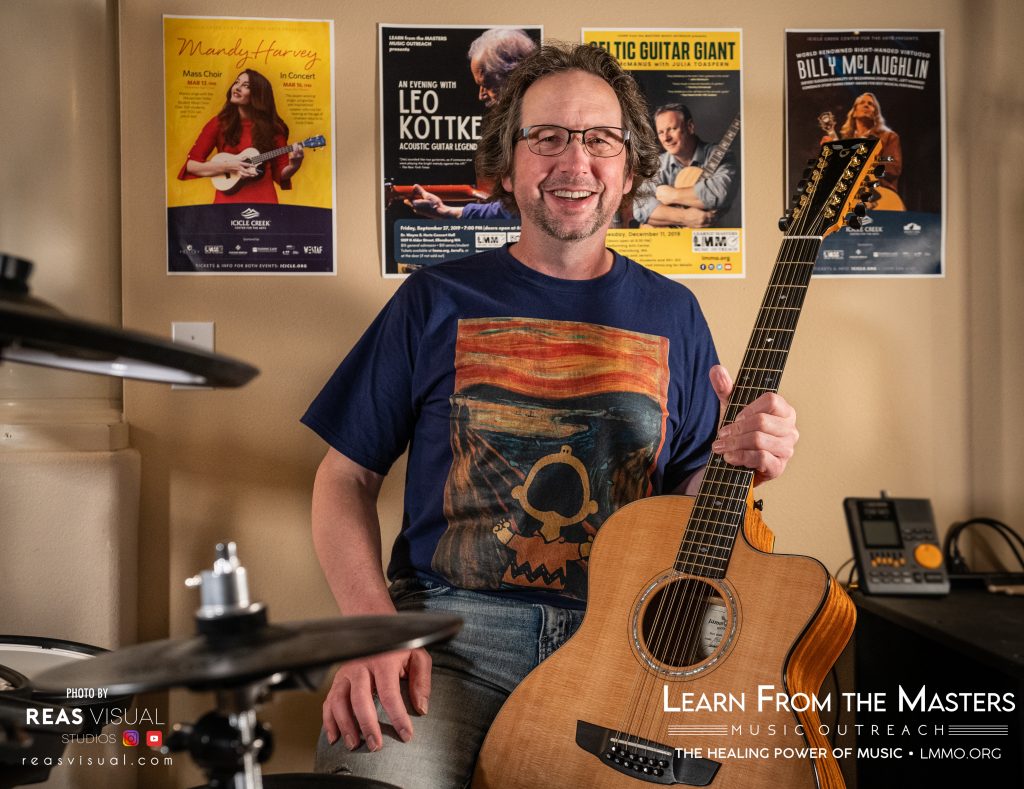 This is so neat! It has been great to have Dr. Birger’s talents in our community!