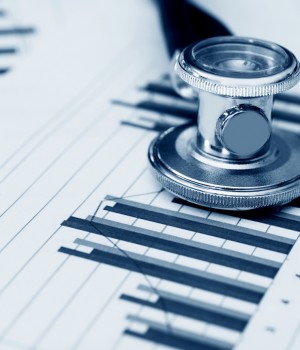 WILL HOSPITALISTS be able to maintain the spectacular growth they’ve seen over the last 10 years? It’s a question that many have been asking ever since the specialty was founded.

Research published in the March 12, 2009, New England Journal of Medicine put some figures on the specialty’s growth when it found that the percentage of general internists who could be identified as hospitalists based on their billing patterns jumped from 5.9% in 1995 to 19% in 2006. Researchers also found that the percentage of claims for E/M services that could be attributed to hospitalists jumped from 9.1% to 37.1% during the same period.

This will come as little surprise to anyone who has followed the growth of the hospitalist movement over the last decade. But with the country in a deep recession “and hospitals everywhere are cutting budgets “we wondered whether that pace of growth will continue.

Here’s a look at what they had to say.

The 435-bed regional referral center has a long reach, covering a 150-mile radius that includes southern Ohio, eastern Kentucky and western West Virginia. It ranks fourth for overall admissions in Kentucky, and it’s consistently ranked as one of the nation’s top 100 hospitals.

That growth has directly affected the employed hospitalist group, which has grown to 15 physicians and which has hit a record high census three times in the last two months. “We think that there are only so many people in the community out there and that at some point we’ll hit the wall,” says Patrick Renaud, MD, director of the 15-physician group. “But the wall keeps moving.”

Besides taking ED patients, the hospitalists receive admissions directly from family care centers owned by King’s Daughters. Hospitalists also play a critical role in the transfer service, and they provide medical care for most surgical patients.

While many programs gradually move into those services, Dr. Renaud says that the hospital “wanted a mature program from the start, before we had the people in place. It was a tremendous staffing challenge from the beginning.”

The program is bringing in three new hospitalists to try to stay ahead of the growth in patient census. Hospitalists currently have between 22 and 24 patient encounters per shift, a number that the physicians seem comfortable with, in part because they are paid based on productivity and in part because they do very few procedures. “The hospital built our practice to be efficient because it wants us to see volume,” Dr. Renaud says.

With King’s Daughters planning to add 80 beds, he expects the pace of growth to continue. “It wouldn’t surprise me a bit,” he points out, “to say that we need two more hospitalists by the end of the year.”

“It’s a great time to invest in physician capital.”
‘Alan Wang, MD
WHILE THE SOUTHEAST has seen huge growth in hospital medicine, the size of the hospitalist group at Emory Healthcare stands out.

The 10-year-old program has seen its provider staff grow to nearly 100, and that expansion shows no end in sight. What’s amazing is that Alan Wang, MD, Emory’s director of hospital medicine, says that he expects the program to continue to add physicians at a rate of 10% to 15% of total group size each year.

Physicians in the group first started working at community hospitals outside of the Emory system, and only gradually started staffing Emory hospitals when academicians became interested in working with hospitalists. (Emory partners with some hospitals that are owned by HCA or other companies.) “We ignited the flame at the periphery and it burned inward,” Dr. Wang says.

Helping fuel the program’s growth is the fact that Emory is the 800-pound gorilla in Atlanta and beyond. The Emory hospitalists control about one-quarter to one-third of medicine patients in the Atlanta area, for example, and the system is a referral center for virtually the entire state.

Dr. Wang says that while some hospitals in the area are making cuts, Emory remains relatively financially healthy, despite the fact that it recently suspended $1.5 billion in new expansion. Far from hurting the Emory hospitalist group, the recession has created opportunities in the form of seasoned hospitalists who approach him about working at Emory. As an institution, he says, Emory views the economic downturn as “a great time to invest in physician capital.”

The hospitalist program has physicians at eight facilities, and Dr. Wang expects most future growth to come from within these programs. He is also fairly choosy about where his hospitalists work.

“We’re not in this to just make ends meet,” Dr. Wang says. “We have to ask how expansion is going to help us meet our mission and vision.”

“Smaller hospitals may opt for a more regional approach.”
“Jack Percelay, MD
PEDIATRIC HOSPITAL MEDICINE has seen a more gradual growth in overall numbers than adult hospital medicine, but for one of the specialty’s leaders, that’s a good thing.

Jack Percelay, MD, a pediatric hospitalist at St. Barnabas Medical Center in Livingston, N.J., says that percentage-wise, the pediatric side of things has seen roughly the same 20% growth per year as adult hospital medicine.

But because there are so many fewer pediatric hospitalists practicing “somewhere between 2,000 and 3,000, or about 10% of the adult hospitalist population “that translates into a much smaller workforce.

And while much of the growth of pediatric hospitalists has occurred in children’s hospitals, Dr. Percelay sees their ranks growing in the type of community hospital where he works. “The community hospital model is going to continue to grow as people become accustomed to the hospitalist model,” he says, particularly as outpatient pediatricians decide they need more inpatient support.

But Dr. Percelay is realistic about the challenges that pediatric hospitalists face in growing their ranks. The national shortage of hospital beds and the aging population, he admits, makes it very possible that some community hospitals will take a pass on pediatric coverage.

“Some smaller hospitals will acknowledge that they can’t do as good a job as children’s hospitals or larger community hospitals,” he says. “Smaller hospitals may opt for a more regional approach, deferring to larger hospitals to take the lead on providing pediatric inpatient coverage.”

In his mind, it’s a model that makes sense. “If you were looking at the best thing for children nationally,” he says, “you would regionalize, based on population distributions. It wouldn’t be as market-based as it is now.”

And if that approach tamps down demand for pediatric hospitalists, Dr. Percelay says, that’s all right with him.

Overall, he remains bullish about pediatric hospital medicine. “There are still opportunities to get involved in what’s close to the ground floor and influence and develop the field,” he says. “We’re still a small, intimate group, and that creates a sense of community and excitement.”

“We have more census, but our revenue is staying the same or shrinking.”
“Edgar Ardila, MD
IN SOUTHERN CALIFORNIA, a privately owned hospitalist group is finding that its growth is being affected somewhat by the country’s faltering economy.

Riverside, Calif., which is south of Los Angeles, has been particularly hard hit by the recession. Unemployment stands at 12%, and the number of patients without insurance is skyrocketing. That’s putting a financial strain not only on hospitals, but on hospitalist practices like Inland Hospitalist Medical Group, which has 8.5 physicians working at three hospitals.

Edgar Ardila, MD, the group’s medical director and founder, says that patient volumes are surging, but that many of these patients have no health insurance. Because so many of these patients are waiting until they’re really sick before seeking hospital care, they are often more difficult and time-consuming to treat.

According to Dr. Ardila, this influx of sicker patients offers little in the way of compensation, which is typically a per diem fee paid by the hospital. That may limit how many new physicians he can hire.

“We have more census, so we need to grow our number of hospitalists,” he says, “but our revenue is staying the same or shrinking.”

The economy is affecting the practice in other ways. Some area hospitals are putting the brakes on implementing initiatives like sepsis bundles and rapid response teams. Dr. Ardila says that hospital administrators are working with HMOs and IPAs, who serve as payers for nearly half the patients in the Riverside area, to keep funding these services. If hospitals decide they can’t afford these initiatives, he notes, it could hurt his ability to grow his group.

Dr. Ardila is certain that these are minor setbacks, however, and sees a rosy future for practice growth. He plans to add two hospitalists in the next year, for example, and expects to see workforce growth rebound as soon as the economy recovers.

“Outpatient physicians need to be more productive,” says Dr. Ardila. “I think even those physicians who still come to the hospital to see their patients will eventually turn to hospitalists.”

“We’re going to see some pent-up demand after the stock market stabilizes.”
“Steve Cervi-Skinner, MD
ONE OF THE CHALLENGES in working in a fast growing specialty like hospital medicine is managing that growth.

That’s largely been the experience of Apogee Physicians, a national hospitalist group based in Phoenix. The group, which was founded in 2002 with nine doctors, now has 350 hospitalists working in 85 hospitals.

Most of Apogee’s hospitals are in rural or semi-rural areas, just outside of major metropolitan areas. While staffing rural areas can be challenging, Steve Cervi- Skinner, MD, a founder of Apogee and its chief medical officer, says that the far bigger challenge has been finding physicians “and knowing when he’ll need to replenish the pipeline “in a hypercompetitive job market.

“Opportunity hasn’t been our problem,” Dr. Cervi- Skinner explains. “The biggest challenge has been forecasting and anticipating growth.”

Even in the current economic crisis, he says, Apogee expects to add 200 to 250 physicians in the next year. About 30% to 40% of those physicians will be needed to expand existing practices.

Dr. Cervi-Skinner acknowledges that the company’s growth projections are down a little because of the recession. About six months ago, for example, the group was predicting a need for even more physicians.

“We’ve seen a scale back on some of the growth,” he says, “as hospitals see their elective volumes go down and their uninsured populations go up.” That said, no programs have closed or canceled plans to go live. “We have seen programs that have gotten smaller, where we have had to cut back on the total number of docs that we have or anticipate.”

But he is confident that as soon as the economy stabilizes, the rapid growth of the very near past will resume.

“Most hospitals are looking at hospitalists as a critical line of service,” Dr. Cervi-Skinner says. “We’re going to see some pent-up demand after the stock market stabilizes.”