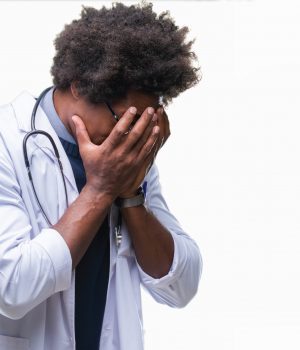 SAYING “I’M SORRY” is never easy. But when you’re a physician trying to explain an error or adverse event to a patient and family members, the act of apologizing can be nerve-wracking. You’re left wondering whether patients and family are going to accept your explanation or whether they’re going to pursue legal action.

During a session at the Society of Hospital Medicine’s annual meeting, Aaron C. Hamilton, MD, MBA, a staff hospitalist and associate chief quality officer at Cleveland Clinic, talked about the ins and outs of disclosing adverse events to patients. One of his key tips about disclosure: While physicians have an obligation to tell patients about problems in their care, they need to express genuine empathy and not stick to a script written by risk managers and lawyers.

According to Dr. Hamilton, the good news is that data show that when done right, disclosure leads to a decrease in liability payments. But he also emphasized that physicians need a process that involves the support of not only the members of their care team, but their entire organization.

Getting your institution onboard
When it comes to disclosure, physicians are often confused about exactly what types of events they should disclose. “I’ll be talking to physicians in the ICU,” Dr. Hamilton said, “and they’ll say, ‘We can’t disclose every little minor error that takes place.’ ”

“Be prepared to not be forgiven.” 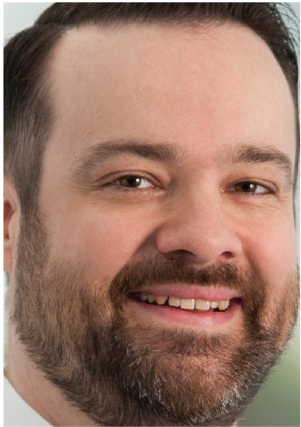 He acknowledged that not every mistake needs to be disclosed. “Nobody’s going to get a wrist slapped for giving vancomycin four hours late,” he noted. “But if you missed four days of vanco for a patient with MRSA and endocarditis, you need to involve your clinical risk department.”

Bringing risk managers and other administrators into the picture is important, he added, because the act of disclosing an error or adverse event is so difficult that most physicians will need their institution’s support. “One of the things that’s been crucial to our success is to make sure that everybody is on the same page,” he explained. “We need to agree that we’re going to disclose adverse events, and anything short of that commitment by all parties makes disclosure very complicated.”

Disclosure works best when it’s carried out by a team, not an individual. “No matter where you are, you need your quality team, your risk team, your legal department and your malpractice insurer,” he said.

“Everyone needs to be on the same page saying the same thing.” Who should make the apology? Dr. Hamilton said that his approach is to have the physician and the team that had the most interactions with the patient disclose the problem. “We don’t want the chief medical officer going in and doing the ‘I’m sorry’ conversation if he or she has no link to the patient,” he explained.

“What typically matters most to patients and families is having the team involved with the people they know.” Dr. Hamilton noted that not all hospitals take such a transparent approach. “Your clinical risk manager or a malpractice carrier may try to block you by telling you not to say or do certain things,” he said. He warned physicians to be very careful about disclosing adverse events if their institution isn’t onboard. “Physicians can get caught in a really difficult situation.”

A big role for coaching
When preparing for disclosure, Dr. Hamilton encourages physicians to go through coaching and role-playing. He noted that senior physicians often scoff at that suggestion because they assume they can explain events to patients without any upfront preparation.

So what exactly should you say during an apology? Dr. Hamilton said that patients need accurate, truthful information. “They need emotional support,” he said. “And part of that is the apology and saying, ‘I’m sorry.’ ‘I’m really sorry you’re going through this’ is always the right thing to say, and ‘I’m sorry for mistakes that we made’ is also good.” Another good, simple statement: “We’re accountable.”

Be transparent about the entire process. “I explain that, ‘We’re sitting down and having a transparent disclosure conversation with you,’ ” he said. ” ‘We hope this doesn’t go to litigation, but if it does, we want a jury to hear that we had this conversation.’ You don’t want anybody to say, ‘You never told us, you lied to us,’ those sorts of things.”

One thing hospitalists should not feel is that it’s their responsibility to talk about financial information. “As a hospitalist, you’re not the person who’s going to make the decision about compensation,” Dr. Hamilton pointed out. “But you should be prepared to triage that to the right person, and that’s an important part of the conversation. Be ready to say, ‘This is a totally reasonable request, anybody in your shoes would ask that, and I’ll connect you to the right person to have that conversation.’ ”

Don’t apologize too soon
While the conventional wisdom says to disclose problems as soon as possible, Dr. Hamilton warned against jumping the gun and making a disclosure too early. While physicians generally think they understand exactly what happened when an adverse event occurs, that’s not always the case. “We have an inclination to say ‘this happened and it led to this,’ ” he explained, “but that is not always true.”

He recalled one case where a surgeon found what he assumed was a sponge in a patient. Although the surgeon was sure that he hadn’t left the sponge, the patient had undergone a previous surgery at the same hospital, so the surgeon was puzzled. “While everyone was struggling to figure out what happened, they went ahead and told the patient, ‘Hey, you retained a sponge. It wasn’t ours.’ ”

But when the “sponge” was sent to pathology, it turned out to be an insulin-induced amyloid reaction—what’s sometimes called an insulin ball—where the patient had been repeatedly injected with insulin.

“The surgeon was already done with the disclosure at that point,” said Dr. Hamilton, “and when a month later he reached out to the patient and family members to have a follow-up conversation, they weren’t interested. You can’t put the toothpaste back in once it’s out, which is why it’s really important to get it right the first time.”

Don’t come off as too practiced or scripted
Another tip: While good disclosure requires planning, Dr. Hamilton said that coming off as too practiced can be disastrous in terms of building trust with patients and family members. “We always tell folks to not lose their authentic selves, to be themselves. The moment you try to use someone else’s words, patients and families pick up on that. They know authenticity.”

In other words, you can be too careful in what you say. “It’s important to find your authentic self in sessions when you’re getting coaching,” Dr. Hamilton says. “If you over-plan what you’re going to say, it will show.”

Just as important as what to say is what not to. (See “What NOT to say in an apology.”)

Dr. Hamilton urged physicians to avoid statements that will leave patients and family members probably frustrated and possibly furious. Those include vague statements where you apologize for “whatever happened” or “if there was an error.” Also off limits: suggesting that the experience of going through the event is somehow just as bad—if not worse—for you as for the patient or family.

Prepare for patient reactions
Once you’ve made an apology, be prepared for a reaction. “Be prepared to not be forgiven,” Dr. Hamilton said. “People may be angry or they may be quiet, or they may leave the room.”

You also need to prepare to answer questions, such as “What are you going to do to avoid this in the future?” and “How could this happen at such a prestigious hospital?” Patients may also want to hold individuals accountable, so they’ll ask what happened to a nurse or resident who was part of an adverse event. Has that person or persons been fired?

He also noted that while answering these questions may be difficult, it renews his faith in humanity that people who are suffering from an adverse event are still worried about the safety of others. Sometimes patients and families offer to be a part of the process to fix the problems that affected them. “We have examples of families working very closely with us and serving as advocates within their communities,” Dr. Hamilton said. “It’s amazing what families will do to help support you to make you better.”

In other cases, apologies bring physicians and patients together even closer. “Sometimes families say, ‘Thank you so much, I’m so amazed you’re telling us this. We’re doubling down on how much we trust you.’ ”