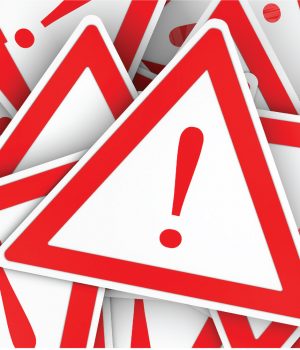 MY CRASH COURSE in hospital violence took place in November 2014. A patient grabbed an IV pole, charged the nurses’ station and assaulted several staff members. He then fled the unit, eloped from the hospital and died during the effort to apprehend him. The episode quickly made national news—”Video shows patient on wild rampage in Minn. hospital,” declared USA TODAY —and invited intense regulatory scrutiny.

The hospital ultimately kept its license and certifications, and I received a nightmarish education that you just can’t buy. Here’s some of what I learned.

Predicting violence
As I noted in my February 2018 column (“The accidental psychiatrist“), suicide is enigmatic and currently impossible to predict. But violence toward others is a different story. Some decent risk-assessment tools exist, one of which is specific to inpatients.

Basically, our ability to rule out violence is on par with a negative cardiac work-up.

Along with several colleagues, Seena Fazel, MD, a psychiatrist at Britain’s University of Oxford, sized up the literature in a systematic review published online by The BMJ in July 2012. Their analysis involved 24,847 subjects from 68 studies, 30 of which looked at violence. (The remainder dealt with criminal and sexual offending.)

Dr. Fazel and his collaborators found that violence risk assessment instruments have high sensitivity (0.92) but low specificity (0.36). This translates into high negative predictive value: good utility, in other words, for ruling out potential for violence.

Consider a hypothetical patient population where the base rate for violence is 20%—one out of five patients does something violent. You then administer a violence risk assessment instrument to one of these patients and it comes back negative.

The magic math says there’s a 95% chance that she won’t commit violence. (You memorized the magic math during your first year of medical school and promptly forgot it after the Step 1 exam.)

To put this in context, stress echo has sensitivity and specificity of 0.79 and 0.87, respectively. Assume that the base rate for coronary artery disease in your patient population is 20%. A negative stress echo means there’s a 94% chance that the patient doesn’t have clinically significant disease. Basically, our ability to rule out violence is on par with a negative cardiac work-up.

Now, the maddening flip side of tests with high negative predictive value is frustration due to positive test results. Let’s run the violence drill again for the same patient population and assume instead the assessment is positive. In this case, the patient’s chance of committing violence is 26%. Yeesh! The test didn’t help at all.

This should be very familiar. Think d-dimer. You do a happy dance when it’s negative. But when it’s positive, you curse, irradiate and cause contrast nephropathy because of its crappy positive predictive value.

Bedside assessment
Most violence risk assessment instruments are time-consuming and data-intense, and thus impractical for routine bedside use. One exception is the Brøset Violence Checklist (BVC), which appeared in the December 2000 issue of the Journal of Interpersonal Violence . It consists of just six yes/no items that can be quickly and easily scored.

Scores of 0, 1–2 and >3 represent low, moderate and high risk for violence in the next 24 hours, respectively. According to the development study, a score of >3 has a sensitivity for violence of 0.50 and a nearly perfect specificity of 0.97.

Assume a hypothetical hospital where the base rate for violence is 5%: One out of every 20 patients acts out. You assess one of these patients with the BVC and the total score is 2. That’s a 97% chance that she won’t do something violent.

Turning things around, now assume that the BVC score is 3. In this case, there’s a 47% chance that she will do something violent. Not as helpful and a negative result, but certainly high enough for you to institute violence precautions.

The BVC has been validated in other settings including emergency departments and forensic units. The latter is particularly germane to my current work in county jails and may come into play for you too if you treat inmates.

Christoph Abderhalden, PhD, and his colleagues implemented the BVC on four inpatient psychiatric wards in Switzerland. They then compared episodes of violence on those wards to five control wards that delivered care as usual. Their research was published in the British Journal of Psychiatry in June 2008.

Wards using the BVC “substantially reduced severe events of patient aggression” by a whopping 41%, he and his coauthors wrote. They attributed the change to preventive measures that were instituted when patients were found to be at high risk for violence.

What does this mean for you? At a minimum, you can use the BVC at the bedside in individual cases where you’re worried about violence. But thinking big, your group could work with your hospital to make the BVC a standard nursing assessment measure. It won’t completely eliminate violence, but it should dramatically improve overall hospital safety.