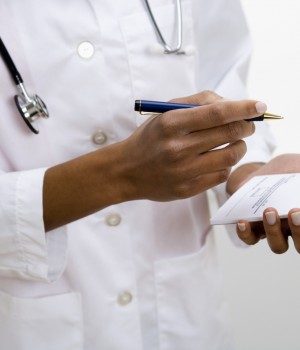 IT ALL BEGAN with what Rick Hilger, MD, calls the “alpha patient,” a woman who over the course of six weeks accounted for15 ED visits and six admissions.

“She was a type 1 diabetic who would refuse to take her medications at home, then come to the ED and refuse all care until she was given IV morphine,” says Dr. Hilger, the care management medical director at Regions Hospital in St. Paul, Minn. After meeting with the patient’s primary care doctor and endocrinologist, as well as nursing, social work and risk management, Dr. Hilger and the primary care physician “called out her dangerous behavior, saying we were no longer giving IV narcotics without an acute, objective reason to do so.”

He helped create a schedule whereby she sees her primary care doctor one week and her endocrinologist the next. In the two months following the intervention, the patient chalked up only three ED visits and two admissions. “It dawned on us that she’s not the only one,” Dr. Hilger says. “Why don’t we try to standardize how we approach these really difficult cases?”

That episode, which occurred 18 months ago, launched what Dr. Hilger refers to as the specialized care plan program. The program now encompasses several dozen patients, many of whom “like the alpha patient “have narcotic-abusing or seeking behavior. A substantial subset, however, instead have severe behavioral and compliance problems.

Among patients with specialized care plans, Dr. Hilger and his team have reduced their number of ED visits and hospital admissions by 67%. More importantly, the program has helped curb clinician frustration and ensured safer care.

And patient safety, Dr. Hilger says, is the key issue, noting that the CDC in 2008 reported 15,000 deaths from unintentional narcotic overdoses. “The population we are addressing is at the highest risk for this,” he says. “Continuing to care for these patients the same way we always have and expecting different outcomes is just not going to work.”

Plan templates
After the hospital’s success with that initial patient, Dr. Hilger helped devise two templates for specialized care plans, one for pain management and the other for ED/ hospital admissions.

The pain management template very explicitly spells out that doctors will not prescribe any IV or oral narcotics for subjective pain without objective findings on an exam or workup, nor will there be repeated CTs or other imaging for self-reported pain-related problems. The template also makes it clear that all pain-related issues need to be addressed not at the hospital, but in the patient’s clinic or with his or her regular physician.

The ED/hospital admission care plan template, on the other hand, is designed to prevent what Dr. Hilger calls “verbal and physical acting-out behaviors,” and to ensure that difficult patients comply with ordered therapies.

What behaviors does the template say are not allowed? Patients going outside to smoke, for one. Then there are the patients who Dr. Hilger says “hold nurses and providers hostage by saying, ‘Well, no, I’m not going to physical therapy unless you bring me two trays of food.'” The care plan makes clear that such behavior won’t be tolerated.

These are tough situations, he admits, and “the care plans don’t always work. But calling out patients’ dangerous or inappropriate behavior is the first step” “and may be all that’s needed to prevent more of the same. Without the templates, Dr. Hilger adds, doctors are reluctant to come up with individual care plans on their own.

“It’s very time-consuming to come up with a plan and coordinate care,” he notes. “And most physicians have little experience writing a plan and don’t know the wording to use.” Doctors don’t know, for instance, whether moving to coordinate an individual patient’s care might violate Medicaid or Medicare rules.

And Dr. Hilger stresses that the number of patients who need a specialized care plan is well under 1%. In 18 months, only 70 of the more than 25,000 hospital admissions at Regions every year have needed such a plan.

Leveraging your EMR
While Dr. Hilger was in charge of the first 20 care plans, he has since been joined by a care plan committee, which consists of five hospitalists, three hospitalist physician assistants, three social workers and one administrator. The committee meets to discuss potential care-plan candidates, all of whom are referred by physicians within the hospital.

Some referred patients won’t qualify for a care plan. But even in those cases, the committee will make recommendations, such as finding a primary care physician for the patient or an outpatient care manager.

For those who warrant a specialized plan, the committee tailors the right template to the individual patient. Sometimes, Dr. Hilger or another committee member can present the care plan before a patient is discharged. Other times, a copy of the plan is sent via certified mail, then followed up with a phone call. And some patients are such high utilizers that “we put the care plan together and then wait for them to come back to sit down with them,” he says.

While a handful of patients are “flat-out hostile” when the plan is first broached, “the most common reaction is kind of neutral,” Dr. Hilger says. “They’re not necessarily happy, but they’re willing to hear us out.”

And patients who receive a plan become immediately obvious to every clinician within the HealthPartners system. That’s because that patient’s electronic medical record sports an orange banner that’s seen by anyone who opens it.

“You have to leverage your EMR for your most high-risk patients so that with one click, you can get a quick, true summary of their most pressing issues,” says Dr. Hilger. That’s key, he adds, because implementing specialized care won’t work unless “wherever patients go “clinic, ED or hospital “they get the same message every time.”

Start small
Several hospitals in the Twin Cities have reached out to Regions to try to duplicate the templates to ensure that patients don’t go hospital-hopping. Dr. Hilger hopes to work on such a collaboration within a year. “Our goal is not to push patients away,” he says, “but to create a more coordinated, safer system.”

In the meantime, he gauges the program’s success by the fact that most patients covered by a specialized care plan are still within the HealthPartners system. A handful or two have been weaned off narcotics, and only one out of 70 has had to be released from the system for chronic noncompliance.

Dr. Hilger admits that he and his team are fortunate to be in Minnesota, which features a “high-quality, low-cost system with probably better access to primary care than some other states” for Medicaid and uninsured patients. But any hospital, he believes, can better manage high-risk patients by starting small.

“Start with the five or 10 patients that everybody knows because they’re literally in the ED or the hospital every few weeks,” he says. (Work with your risk management department to determine what you can put in care plans, he adds, because Medicaid rules differ from state to state.)

After the use of care plans improves care and outcomes for those patients, “it’s much easier to get broader buy-in from other departments.” Make sure that plans aren’t static and that staff actively follow patients and review plans every six to 12 months.

Dr. Hilger has freely given away the templates to dozens of other health care systems. (Write him for the templates at rick.j.hilger@healthpartners.com.) But he urges hospitals to not wait until they have the perfect system to get started.

“We have to change how we treat these high-risk patients,” says Dr. Hilger. “It’s not safe for patients, and it’s not sustainable for society.”

Saving a lot of money, but for whom?

RICK HILGER, MD, the care management medical director at Regions Hospital in St. Paul, Minn., has crunched the data to gauge the impact of the specialized care plans he helped put in place for patients with narcotic-seeking or behavioral problems. Those data were impressive: In the two months before the care plans were implemented, 42 patients had accounted for 155 ED visits and 86 hospital admissions. In the two months after, those tallies fell to 66 ED visits and 13 admissions.

That 67% reduction in ED visits and admissions saved an estimated $770,050 in health care costs, Dr. Hilger says. (Regions’ care plan program has since grown to include 70 patients.) But who’s really saving that money?

Not the hospital, he admits. Regions is owned by HealthPartners, which maintains its own insurance. But the majority of patients covered by care plans aren’t insured through HealthPartners. Instead, they’re covered by Medicare or Medicaid or have no insurance at all.

Minnesota last year began an incentive program to reward hospitals that reduce their ED visit rate, Dr. Hilger says “and time spent counseling a patient on a care plan who’s been admitted will count toward a subsequent hospital visit. Plus, drawing the line on giving narcotics to drug-abusing patients should help prevent unintentional drug overdose deaths.

“It’s the right thing to do,” says Dr. Hilger, “but it’s probably actually costing our hospital money. The overall health care system is receiving the bulk of the savings.”

That lack of reimbursement, however, doesn’t mean the program hasn’t produced spectacular payoffs, and not just for patient safety. Anecdotally, the hospitalists report many fewer instances of being fired by patients because now those patients can’t just demand another doctor until they find one who will order their drug of choice. “It doesn’t matter who the physician is,” Dr. Hilger explains. “We’re following that care plan.”

And while the care plans may not be saving the hospital money, they save the clinicians time and stress.

“There’s a lot less arguing and negotiating, and we are better able to manage patient expectations in the ED or hospital,” says Dr. Hilger. “We’re saving all that time and frustration on the back end.”