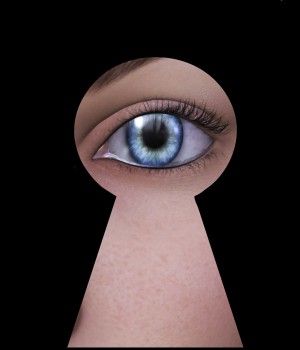 IS IT TIME TO RETHINK your default venous thromboembolism (VTE) prophylaxis routine? The answer may be “yes,” according to one presenter at a recent hospital medicine literature update, who pointed to what he considers one of the most important studies published within the past year.

During a review of the literature at this spring’s Society of Hospital Medicine annual meeting in San Diego, two hospitalists reviewed key studies and examined their impact on the specialty.

One study advanced the case for using B-type natriuretic peptide (BNP) levels in perioperative patients to identify those at high risk for major postop cardiac adverse events. Other studies made it clear that hospitalists should think twice about ordering acid-suppressive medicine; do a much better job washing their hands; and consider new anticoagulants, namely rivaroxaban and apixiban, as viable options to warfarin for many patients.

VTE prophylaxis
According to update co-presenter Kevin O’Leary, MD, associate professor of medicine-hospital medicine at Chicago’s Northwestern Memorial Hospital, one top article in the last year has led him to reconsider whether hospitalists should do away with standardized strategies for VTE prophylaxis and instead individualize orders.

The meta-analysis, which was published in the Nov. 1, 2011, Annals of Internal Medicine, looked at 40 randomized trials with more than 52,000 patients. It concluded, said Dr. O’Leary, that “DVT prophylaxis results are less impressive than I thought and the harm is greater than I thought.”

“This rocks my world,” he noted. “It goes against everything that I have been doing for the last seven years.”

Based on the findings, he added, “the best strategy is to really assess the risk and benefit for every single patient, rather than take the approach that pharmaceutical DVT prophylaxis should be ordered for all patients unless contraindicated “the approach that I see in many hospitals.”

According to Dr. O’Leary, the analysis made several noteworthy conclusions:

The article, which was published in the July 26, 2011, Journal of the American College of Cardiology, found that when BNP levels were factored into the revised cardiac risk index (RCRI), doctors were better able to predict which patients would suffer a non-fatal MI or cardiac death after vascular surgery.

The problem with the RCRI, explained co-presenter Efren C. Manjarrez, MD, assistant professor of medicine and associate chief of the University of Miami’s division of hospital medicine, is that it “does not do a great job predicting major cardiac events in vascular patients.” What this study established was that “BNPs by themselves independently predict bad outcomes in vascular patients,” he explained. “When you combine BNP with the RCRI, it actually does a better job. You have a better prediction tool.”

The study was particularly interesting, he added, because of its unique design. The authors revisited the data from six previously published papers, calculating the RCRI for each of the 850 patients in the smaller studies.

They then looked at the BNP or N-terminal pro b-type natriuretic peptide (NT-Pro BNP) level for each individual. Finally, they analyzed the two measures against an outcome of a major adverse cardiac event. They found that a BNP level of at least 116 or an NT-Pro BNP level above 277 predicted increased cardiac risk in vascular patients.

Moreover, Dr. Manjarrez explained, the authors realized that layering this information on a patient’s RCRI made it much clearer which patients should be considered at low or high risk. (With this method, fewer patients fall into an intermediate risk group level.)

The study found, for instance, that vascular surgery patients classified as being at high risk of a major cardiac complication when both the RCRI and the BNP levels were taken into account ended up having a major adverse-cardiac-event rate of 24%, up from 20% when the RCRI was used alone. By contrast, those in the low risk group when both the RCRI and BNP were used suffered complications only 3.7% of the time. (The RCRI-only low-risk group had a complication rate of nearly 6%.) “We are starting to do this in our own hospital,” Dr. Manjarrez said.

Anticoagulation options
One common problem hospitalists face is what to do for patients with atrial fibrillation who need an anticoagulant to prevent stroke and systemic emboli, but who have difficulty following warfarin regimens.

According to Dr. Manjarrez, both rivaroxaban and apixiban (both factor Xa inhibitors) appear to be “noninferior” to warfarin. The huge international ROCKET AF study published in the Sept. 8, 2011, New England Journal of Medicine, found that as long as the rivaroxaban dose was adjusted for patients with chronic kidney disease, rivaroxaban was slightly (but not statistically) better than warfarin in preventing stroke or systemic emboli while causing the same amount of bleeding. Dr. Manjarrez said he appreciated the fact that the patients enrolled in the study had a lot of comorbidities and “quite frankly, look a lot like the patients I take care of.”

Also published last fall was the ARISTOTLE study of apixiban, which appeared in the Sept. 15, 2011, New England Journal of Medicine. That study found that apixiban was better than warfarin in preventing stroke and death in patients with atrial fibrillation who have at least one other risk factor for stroke. The therapy also resulted in fewer bleeding incidents.

According to Dr. Manjarrez, these studies, along with research published last year that looked at dabigatran, indicate that patients now have a number of good anticoagulant options.

Treating C. difficile
Other important studies this year looked at different therapies for C. difficile. One trial found that fidaxomicin works as well as vancomycin to treat an initial infection and may do better at preventing recurrence. (The study was published in the Feb. 3, 2011, New England Journal of Medicine.) Other research, which compared different drugs and was published in the Dec. 20, 2011, Annals of Internal Medicine, found that no one medication seemed to be superior for initial cure.

However, Dr. O’Leary explained, “there are large differences in the costs of these medications,” with fidaxomicin being much more expensive than vancomycin. But there’s also an ongoing question about whether fidaxomicin may be cost-effective in the long run because of its ability to reduce recurrence.

“The best advice we can give you is to check your hospital formulary and your patient’s prescription coverage,” he said. It makes no sense to decide on using one drug, he added, if it’s not available in your hospital or if a patient’s insurance won’t cover it.

Delaying COPD exacerbations
When discharging patients hospitalized for COPD exacerbations, one key study last year found that putting patients on tiotropium (delivered via the Handihaler) or salmeterol can stave off future exacerbations, but tiotropium works a bit better. The POET COPD trial published in the March 24, 2011, New England Journal of Medicine, indicated that tiotropium prolonged the time to the first exacerbation by 42 days, reduced all exacerbations and was tolerated better than salmeterol. Dr. Manjarrez pointed out, however, that several small reports have raised a concern about whether tiotropium may be associated with increased cardiac events, particularly when the drug is delivered by mist, not a Handihaler.

The authors of the study, which was published in the June 13, 2011, Archives of Internal Medicine, concluded that doctors would need to give 770 patients acid-suppressives to prevent one nosocomial GI bleed or prescribe the drugs to 834 patients to prevent one significant bleed.

Hand hygiene
An observational study in 15 hospitals in the United Kingdom, Dr. O’Leary said, should remind hospitalists that hand hygiene continues to be a problem.

Published in the December 2011 Infection Control and Hospital Epidemiology, the article found that hand hygiene compliance was lousy: only 41% when gloves were used and 50% when they weren’t. Meanwhile, gloves were used 17% of the time when they weren’t needed, according to infection control guidelines, and in only 21% of the cases where they should have been used. “This is something that is very important and can be put into practice right away,” Dr. O’Leary pointed out. “We need to remind our residents and our colleagues that hand hygiene compliance is absolutely essential regardless of whether gloves are used or not.”

Perioperative transfusions
Finally, research addressed whether patients who have had surgery to repair a hip fracture should be treated with a liberal or restrictive transfusion strategy.

A study published in the Dec. 29, 2011, New England Journal of Medicine, found that neither approach improves functional recovery nor decreases morbidity and mortality better than the other. But researchers did find a nonstatistically significant trend toward inpatient death when doctors used a liberal hemoglobin transfusion threshold of 10 grams per deciliter. More patients with the restrictive transfusion strategy, Dr. Manjarrez pointed out, were transfused due to symptoms.

Deborah Gesensway is a freelance writer who covers U.S health care from Toronto.