ONE SURE WAY to change the “it’s-not-my-job” mindset that can fuel animosity between hospitalists and emergency physicians is to create a single reporting structure with irrefutable results. That’s what happened when Sunrise Hospital & Medical Center in Las Vegas combined both departments under one medical director.

Just a year ago, the 690-bed hospital had a short-staffed, swamped ED with ballooning hold times. On the hospitalist side, there were 30 independent doctors with no hospitalist medical director.

“There were bumps in the road and egos involved.” 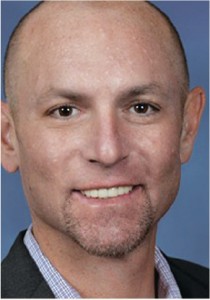 “Our thought was to streamline communication, accountability and goals, and it wasn’t a large debate,” says Alan Keesee, chief operating officer of Sunrise. “It makes sense to have one leader.”

One team, one medical director
Merging emergency and hospital medicine wasn’t always easy. “There were bumps in the road and egos involved,” says Scott Scherr, MD, who’s now the medical director for integrated services. “But once we started seeing benefits, everyone was on board.”

What made the transition a little smoother was that Dr. Scherr had the respect of the medical staff, was on the medical committee and had been in the ED for many years. “His clinical expertise and communication skills made for a natural transition so hospitalists were comfortable with him,” says Mr. Keesee. “There was no contentious battle.”

Hospitalists wanted good bridging orders and contact with consultants earlier so they could focus on the floor and not have to come to the ED immediately. Emergency doctors wanted hospitalists to provide services earlier in the day to improve discharges before 11 a.m., which would open beds.

Tackling an ED doctor shortage
As a result of that dialogue, the hospitalists agreed to a mandatory 7 a.m. huddle to identify potential discharges. (Previously, those meetings had varied from 7 a.m. to 11 a.m., depending on the hospitalist.) The huddle now includes the hospitalists on the shift, the director of integrated systems and, if needed, the medical director. That’s also the time to review the latest statistics on discharges before 11 a.m., length of stay, observation hours and patient satisfaction, reinforcing those goals daily.

Dr. Scherr meets with the director of integrated services and the hospitalist lead monthly—more often if there’s a surge in inpatient volume. Those meetings have also produced a solution for the ongoing shortage of ED physicians. While ED staffing has grown from 15 to 25 physicians, that still leaves one to three shifts uncovered most days. Ideally, there would be six to nine physicians per shift, depending on the time of day.

For now, hospitalists can volunteer to receive privileges to do ED shifts either independently or as an assistant to an ED doctor. “Closing that staffing gap can happen only because we’re one contracted group,” Dr. Scherr says.

Another change has been to pair a case manager with each hospitalist. Case managers were previously floor-based, requiring a hospitalist to communicate with five different managers. Pairing allows for better tracking of potential discharges and identifying long-stay patients.

Benefits drive buy-in
Those efforts have produced results. Discharges by 11 a.m. have increased from 8% to 50%, hold hours per month dropped from more than 20,000 to under 10,000, observation patient stays fell from 35 to 24 hours and inpatient length of stay was cut by one-half day.

In addition, the 25 different hospitalists who used to round in the observation unit have been replaced with a dedicated observation team, including an observation case manager. That move has reduced stays for patients in that 38-bed unit.

“We couldn’t have done it without our partnership with one group and organizing physicians around patient needs,” Mr. Keesee says.

Before the results of the re-organization were in, the divisions between hospitalists and the ED were evident. One ED doctor was reluctant, for example, to order a stress test on a patient being admitted for chest pain.

But once doctors saw that ordering tests in the ED improved length of stay and decreased the number of hold orders, resistance subsided. At the same time, hospitalists began appreciating that the right physician was being consulted at the right time so they could focus on their floor.

“It’s been a palpable change,” says Dr. Scherr. “It was an easy buy-in because they saw the benefits.”

Although there is still some opportunity to improve length of stay, Mr. Keesee says the next real challenge is to see if the hospitalists with the managed care contracts can make the same improvements in terms of length of stay and hold hours. At the same time, the hospital is working toward a longer-term goal: Gearing up for a new ED that will boost adult bed capacity from 50 to 75 and pediatric beds from 20 to 35. The new unit is slated to open in the summer of 2019.