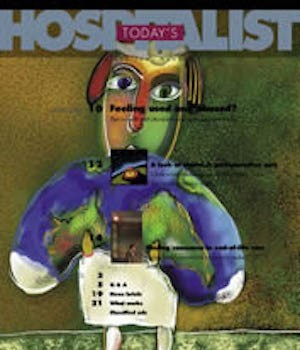 Published in the Janaury 2004 issue of Today’s Hospitalist

It’s 10 a.m. on a busy Friday morning in the med-surg ward of a community hospital, and you have your hands full with Mr. Jones. The elderly patient with pneumonia has become agitated, and he is giving you and the nurses a hard time.

Just as you finish explaining your role as a hospitalist, the patient’s primary care physician walks past the patient’s door en route to a patient two doors down. Mr. Jones sees the physician and asks a simple “yet pointed “question: “I thought you were taking care of me because Dr. Smith doesn’t see his patients in the hospital. What gives?”

While that type of awkward exchange is becoming less common, it still happens. Most physicians and subspecialists are comfortable following the ground rules of hospitalist programs, but there are always a few who try to game the system to their advantage.

You know the type: Some referring physicians will request night-only admissions in which hospitalists handle patients at night but return them to the care of the primary care physician in the morning. Or hospitalists may come into the hospital in the middle of the night, only to find a healthy patient who might need “baby-sitting” while awaiting surgery “but not medical care.

The exact details may vary, but these situations leave many inpatient physicians feeling used and abused. “How do you explain to the patient who just saw his physician walking down the hallway why you and not their regular physician is seeing him?” asks Rob Seyko, MD, president of Ensemble Practice Solutions, a Mount Clemens, Mich., company that sets up hospitalist programs. “That’s why I strongly recommend establishing a policy of no cherry-picking or nights-only admits “even in a small hospital.”

Hurt feelings aside, these types of requests also raise some serious logistical problems, from handoff troubles to scheduling nightmares. “These situations create too much variability in staffing,” explains Dr. Seyko. “And with that kind of handoff, there’s always something lost in communication. I’ve established an all-or-none policy because it just doesn’t work out otherwise.”

Stacy Goldsholl, MD, director of Covenant Healthcare Hospital Medicine Program in Saginaw, Mich., says it’s critical to set ground rules with referring physician groups at the outset, when possible, to prevent misuse “or downright abuse “of hospitalist services. The veteran hospitalist and part-time consultant is now getting her third program off the ground.

She says she typically doesn’t give referring physicians a chance to use her program just for night admissions, difficult patients or poor-paying patients. “We require that they use us for all patients,” she says.

Clearly defining the roles of both hospitalists and referring physicians is not only critical to a hospitalist program’s success, it’s also a good way to avoid the ambiguity that can lead to fractured relationships.

“Some of the issues that come up are structural and some are systems-related,” he explains. “That’s why you need to map out your mutual needs and goals and targets in the beginning.”

He suggests frequent meetings with the stakeholders from both the hospitalist group and the primary care or specialty group. “Without that,” Dr. Hay says, “you end up resolving problems on a day-by-day or case-by-case basis. That’s where you see the relationship problems and hospitalist burnout.”

He says one strategy that works is to establish a joint operating committee and engage in formal team-building activities. The overall objective, he says, is to deal with issues such as poor communication or suspected patient “dumping” before they become problems.

“It’s very important to have good program leadership to define the vision, goals and mission,” he explains. “If that’s not clear, you’re going to have problems.”

There are situations when hospitalists may need to approach these issues gingerly. Andrew Auerbach, MD, a hospitalist researcher and assistant professor of medicine at the University of California, San Francisco, for example, suggests that it’s not so easy to set the rules of the game in the academic setting.

“We’re an all-comers program, so cherry-picking isn’t really an issue we can control,” he says. Still, Dr. Auerbach admits, the hospitalists do run into problems on occasion with physicians who tend to refer “high-maintenance” patients or those they find uninteresting into the service in an uneven manner.

He has also heard from hospitalists in nonacademic centers that some primary care physicians ask them to cover their patients at night “and then return them in the morning. “That just doesn’t work,” he says, “and it’s probably best from a care continuity perspective to avoid it.”

And if you’re introducing the notion of inpatient physician to areas that Dr. Goldsholl describes as “hospitalist-naive,” you might need to give local physicians a little more leeway in the beginning, and then set the rules of engagement later.

“I do think you have to tread a bit more lightly in an area where there haven’t been hospitalists before,” Dr. Goldsholl says. In those situations, though, she recommends at least using a written agreement that details the expectations of both the hospitalists and the primary care physicians regarding issues.

This should address which patients will be referred to hospitalists; how inter-physician communication at admission and discharge and in the case of sentinel events will be handled; and the responsibilities each party assumes for patient management and care transfer.

Even if you agree up front to a limited scope in terms of the type of patients you’ll manage and the hours you will manage referring physicians’ patients, Dr. Goldsholl says, make it clear that you intend to expand your services down the road to go beyond unassigned patients and night duty.

“If you give away the store and handle the patients other physicians don’t want or work only nights and weekends,” she explains, you lose the flexibility to decide which services will be offered. “The last thing you want to do when starting a program is to open up cracks for abuse, because it’s hard to recruit and retain hospitalists.”

Dr. Seyko says that he and the groups he has worked with will consider making exceptions for physicians who only want to use the hospitalist service for the three or four weeks a year that they’re away on vacation, but only if the arrangement is workable and the hospitalist group can accommodate the extra volume.

Another situation that can lead to strained relationships and misuse of hospitalist services comes in the form of weekend-only care. Steve Nahm, vice president of physician services for The Camden Group in Los Angeles and a longtime consultant who has set up dozens of hospitalist programs throughout the country, says most programs ultimately find the weekends-only arrangement untenable.

“It’s attractive to the referring doctor, but not to the hospitalist,” he says. “It’s too hard to staff at one level during the week and then bump it up on the weekends. Most programs generally deal with that by not allowing it.”

You probably don’t want to completely rule out part-time arrangements, however. Mr. Nahm says that offering coverage to primary care physicians for long weekends or vacations can be a good way to market or build volume for the fledgling hospitalist program.

You need to set the terms of those arrangements clearly, however, and you should require that they receive a 30- or 60-day written notice of the need for services. “Don’t let referring physicians call in and say, ‘I need the services tomorrow,’ ” he says.

In another scenario that is becoming more common as hospitalist programs incorporate specialists into their referral bases, the hospitalist is called at 3 a.m. to admit an ER patient who has suffered a serious fracture that will require surgical repair the next day. The problem? The patient is a healthy 38-year-old male who doesn’t have any medical problems “and doesn’t really require the hospitalist’s services.

According to Martin Buser, a partner with Hospitalist Management Resources, a consulting firm with offices in Del Mar, Calif., the situation is tantamount to baby-sitting. He adds that it is even less acceptable because the hospitalist cannot in good conscience bill for the quasi-care that’s been provided.

“It’s one thing if the patient has a lot of medical complications that the hospitalist can address,” Mr. Buser says. “That’s a nice service to offer. But hospitalists get mad when they’re supposed to find something medical and there’s really nothing to manage for that patient.”

The best way to address this type of mistreatment, Mr. Buser suggests, is to deal with it head-on “but as diplomatically as possible.

“The hospitalists should go back to the orthopedics section and say, ‘We’re happy to help you out and to work on these cases, but don’t abuse us or treat us like glorified residents, because we can’t in good conscience submit a bill,’ ” he says. “It usually works out, and they typically say ‘It won’t happen again’ because they don’t want to lose the service.”

Mr. Buser also recommends lodging the complaint at a suitable time. “You have to choose your time and choose your battles,” he says. “It’s not at 2 a.m., but the next morning when everyone is rested.”

And because these situations often need to be handled with kid gloves, have the medical director, not the treating physician, voice the grievance. “You probably don’t want to have the young hospitalist going toe-to-toe with the senior neurosurgeon,” he adds.

Dr. Goldsholl says she takes a similar tack when relationships with referring specialists get sticky or smack of abuse: When the ground rules are not being followed, she suggests dealing with the situation quickly and firmly.

Her group, for example, found that certain surgeons were attempting to transfer the care of their hospitalized patients weeks after surgery, often when the patients had developed problems or weren’t recovering well. Dr. Goldsholl says requests for what she terms a “long length-of-stay” transfer should be declined if they are truly inappropriate.

If it’s the latter case, Dr. Goldsholl recommends a short and sweet response: “Be diplomatic and say, ‘I’m sorry, but that’s not a service we offer at this time.’ ”

David Gonzalez, MD, head of Milagro Medical Group in Albuquerque, N.M., spent three years fending off misuse of his services before establishing his current group, which works exclusively in the Heart Hospital of New Mexico. “I lived that scenario for three years,” he recalls. “Some physicians only wanted hospitalists to cover some of the time, or they only wanted us to take their ER call.”

“That strained relationships,” he recalls. “Hospitalists don’t like to be dumped on or used for night call only.”

Although those situations are becoming more rare as the hospitalist model moves toward becoming the standard of care, Dr. Gonzales says inpatient physicians are wise to address the problems of misuse and abuse by assuming the stance their specialists counterparts took some years ago.

“Hospitalists have to think of themselves now and do what the specialists have been doing for decades “becoming the specialists inside the hospital and fostering relationships with the referring physicians,” he says. “That’s the best way to head off problems.”

Bonnie Darves is a freelancer writer specializing in health care. She is based in Lake Oswego, Ore. 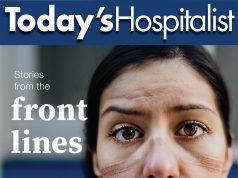