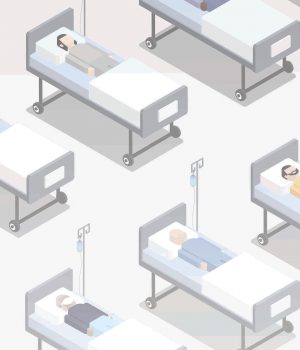 IF YOU’VE EVER thought that some of your ED colleagues admit an awful lot of the patients they see, you may now have some data to back up your suspicions.

A study published in February by Health Affairs looked at a sample of all ED visits by Medicare patients between 2012 and 2015. Based on medical complaints, the dataset covered 37 frequently seen diagnoses. That provided a database of 6 million visits to nearly 50,000 physicians at close to 4,000 EDs.

Admission rates ranged by condition, from a high of 95% for septicemia to a low of 8% for “other backproblems.” On average, ED physicians admitted 39% of the patients they saw—but there was a range. On the low end, physicians admitted 32% of patients; on the high end, they admitted 46%. That’s a difference of just about 14%.

“We have to start working on interventions to help reduce unwanted variation.” 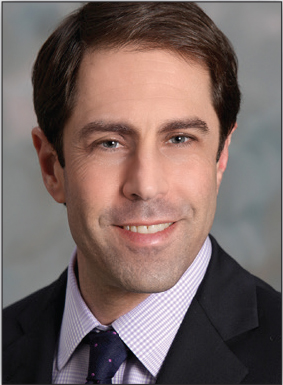 So who were the high-volume admitters? The study couldn’t identify individual physicians, but it did yield some interesting data about their admitting habits. It revealed, for example, that physicians demonstrate considerable consistency in their admission patterns, regardless of the conditions that patients present with.

You might expect doctors who are high-volume admitters for some conditions to admit lower numbers of patients for other conditions, perhaps reflecting their comfort with certain types of medical problems vs. others. But that wasn’t the case.

Instead, researchers found that ED doctors who admitted a lot of patients with heart failure, for example, also admitted many patients with GI issues. And ED physicians who were low admitters tended to admit fewer of all the patients they saw.

Peter B. Smulowitz, MD, associate professor of emergency medicine at the University of Massachusetts Medical School and lead author of the study, has this comment on the findings: “Physicians who admitted at a high level did that across the board for all conditions, while physicians who had lower levels of admissions were also very consistent.”

Dr. Smulowitz acknowledges that he was somewhat surprised to see so much consistency in ED physicians’ admission patterns across all patients. “I thought we would see that some physicians were more comfortable with certain types of patients than others,” he says, and would admit fewer of those patients.

The right number of admissions?
The trends uncovered aren’t related to differences in the acuity of patients across physicians. Dr. Smulowitz says that data from the study provides evidence that high-volume admitters aren’t just seeing more high-risk patients. Instead, the study found that patients are essentially randomly distributed across emergency physicians, the first study to show this finding.

The data are useful, he points out, because they highlight the variation that takes place in ED decision-making. “There’s a number of things that factor into how people practice,” he explains. “We have to start acknowledging those things and working on interventions to help reduce unwanted variation.” Data from the study could be used, for instance, to design interventions to target low-value admissions or to boost admission rates that are too low.

But before that can happen, more data are needed. While the study tracked admitting trends among ED physicians, it can’t say which patients were admitted inappropriately and which were sent home when they shouldn’t have been.

Reducing low-value admissions
He is working on other studies that examine the outcomes of patients among both high and low admitters. While those studies won’t be able to assign outcomes to individual physicians, they will let researchers link admission decisions to patient outcomes by disease states. That could give ED physicians guidance on which patients should and shouldn’t be admitted.

While waiting on additional insights about the optimal rate of admissions for key conditions, Dr. Smulowitz notes, there are steps hospitals can take to reduce low-value admissions. For example, implementing clinical pathways for certain conditions like chest pain, pulmonary embolus, syncope and cellulitis have been helpful in the hospitals where he’s worked. They can guide physicians toward evidence-based decisions, and they reduce variation in admission rates and testing.

Such strategies can also avoid finger-pointing at individual physicians while simultaneously working to change individual behavior. For now, Dr. Smulowitz says, he would like hospitalists to avoid blaming ED docs for overadmitting—or underadmitting—patients. “Recognize that there is a lot of variation in how people practice,” he points out, “and that includes emergency physicians. We should get more data on outcomes related to this variation so we can start to target some of those admission rates.”

He also suspects that the variation found in the study is prevalent in all of medicine, regardless of specialty or location. “All physicians—including emergency physicians and hospitalists—should seek to understand their own practice patterns. There are definitely areas where we can achieve better value by looking at how to reduce levels of variation.”

Why does the article say ED doctors admit? They don’t. Like ever. Hospitalists or Specialists ask the Hospitalist to admit for them.