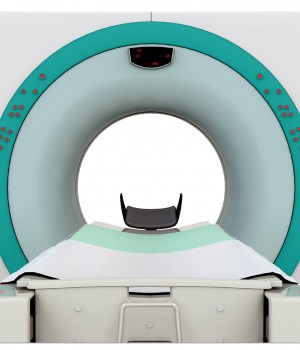 RADIOLOGISTS are often the punch line of medical jokes, given how often they may try to hedge their findings. And “the longer our reports, the more we don’t know what’s going on,” said radiologist Timothy P. Kasprzak, MD, MBA, director of abdominopelvic and oncologic imaging at Cleveland’s MetroHealth Medical Center. He poked a lot of fun at his own specialty during a presentation on imaging at this year’s Society of Hospital Medicine annual meeting.

As Dr. Kasprzak pointed out, however, he and his colleagues didn’t go into radiology to never find anything specific. While he sees his role as a doctors’ doctor whose job it is “to help you,” hospitalists can also help him and his radiology colleagues by providing more in the way of clinical history.

“I have actually seen ‘rule out pain’ as a history,” he said. “And I’m thinking to myself, ‘How do I rule out pain as a radiologist?’ ” It’s perfectly OK, Dr. Kasprzak added, if hospitalists aren’t sure what’s going on with a patient, so they’re fishing with their imaging orders.

“Just as we’re resolving  the issue of contrast-induced nephropathy, the issue of DNA damage with contrast may be popping up.” 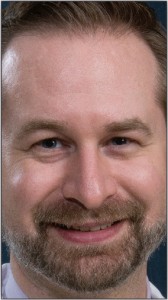 “But own that,” he said. “Put in, ‘vague and nonspecific abdominal pain.’ You don’t actually have to say ‘I’m fishing’ in your history, but you understand my point.”

Dr. Kasprzak walked audience members through resources they can use to figure out which imaging test is right for which patient and ways they can help mitigate patient problems with contrast.

A resource for the right test
How do you choose the right test? One quick answer: Ask a radiologist, if he or she “is not off getting coffee,” said Dr. Kasprzak.

But he also urged hospitalists to become familiar with the American College of Radiology (ACR) Appropriateness Criteria, a comprehensive, evidence-based resource that rates the effectiveness of various testing modalities for specific clinical indications.

Take, for instance, acute nonspecific chest pain—low probability of cardiovascular disease, which you’ll find in the resource’s cardiac section. According to the table for that entry, chest X-ray rates a 9, the highest score available. (The ratings table also includes an RRL rating, for relative radiation level, for each entry.)

But if you change the clinical variant and look instead at acute chest pain—suspected aortic dissection, you’ll again find chest X-ray rated a 9, but so is CTA chest and abdomen with IV contrast. (For the low-probability entry, CTA chest with IV contrast was rated only a 7.) The ACR Appropriateness Criteria also includes narrative comments on how the committee that established the criteria based its rankings, as well as an evidence table and literature search detailing published studies and how each study is graded.

Physicians need to take advantage of such evidence-based criteria, said Dr. Kasprzak, to ensure the quality of their patient care. But they also need to safeguard their own reimbursement.

“The CMS has established guidelines about appropriateness criteria,” he pointed out, noting that these ACR criteria fulfill those guidelines. In the near future, decision support in the form of software will be superimposed on hospital EHRs.

“If you go to order a foot MRI to exclude pulmonary embolism, the software will say, ‘No, you can’t do that,’ and such programs will throw up either a hard or soft stop,” he pointed out. Hard stops won’t allow inappropriate orders to proceed, while doctors will have to provide justification to override soft ones. “Because the hospital will not be paid, it’s not going to allow you to order tests that aren’t backed by evidence.”

Contrast allergies
Dr. Kasprzak also noted that, for radiologists, the most important parameter for visual perception is contrast. “Contrast makes images more conspicuous compared to the background,” he explained. Without contrast, “I cannot obviously exclude a PE, characterize solid-organ lesions, or tell you if there is active extravasation or pancreatic necrosis.”

And it’s important to figure out the nature of the allergic reaction. “A patient with a sneeze or some hives after CT contrast is less of an issue than one with angioedema,” he pointed out. While hospitals maintain a premedication profile that clinicians can use with patients who have contrast allergies, “if the patient is crashing or you’re worried about an acute dissection, I don’t know that you’re going to wait for that prep.” The good news is that newer nonionic, low-osmolar contrast agents are “much more stable and much less likely to have issues with contrast reactions,” he said.

There’s also good news about contrast-induced nephropathy. The clinical definition of the condition is patients having a greater than 50% increase in their absolute serum creatinine within 48 hours of receiving contrast or a reduced urine output for at least six hours. The original literature on IV contrasts was done on patients who had cardiac catheterizations and “a ton of contrast.”

But more recent studies, including one published in the July issue of Radiology, suggest “that this is much, much less of a risk than we have thought,” Dr. Kasprzak said. Studies have found, for instance, that both patients with and without IV contrast have serum creatinine variations. “Some are debating if CT contrast even causes nephropathy.”

At the same time, a different issue is emerging: Contrast apparently exacerbates the DNA damage caused by radiation. While Dr. Kasprzak pointed out that contrast has yet to be implicated in such conditions as radiation-induced sarcoma, “Be aware that, just as we’re resolving the issue of contrast-induced nephropathy, the issue of DNA damage with contrast may be popping up.”

The problem is gadolinium being deposited in soft tissues rather than being excreted by the kidneys. “Again, stability is thought to be the key as in CT contrast,” he said. Newer macrocyclic gadolinium-based agents are much more stable for a longer period of time, and “there have been no reported cases of an NSF utilizing a macrocyclic agent.”

But just as with CT contrast, another issue is now cropping up: gadolinium MRI contrast being permanently deposited in the basal ganglia and cerebellum. “We’re not sure yet what, if any, clinical implication there is,” Dr. Kasprzak said.

With contrast, he pointed out, doctors always have to weigh risks against benefits. To mitigate risk with both CT and MRI contrast, doctors can avoid contrast or choose their contrast medium carefully. They can also rely on volume expansion, sodium bicarbonate, N-acetylcysteine or the judicious use of diuretics.

A role for more PET imaging?
Dr. Kasprzak also touched on another point: Should hospitalists be using more PET imaging in their practice? The short answer, he said, is probably not.

While the vast majority of indications for PET imaging are oncologic, there are some unique, non-cancer-related indications as well. Those include certain dementias such as Alzheimer’s, cardiac function and fever of unknown origin.

But PET imaging also comes with big logistical and reimbursement problems. “Insurance companies do not like to reimburse for inpatient PET,” said Dr. Kasprzak. “They see it instead as an outpatient study, so it’s difficult to have it approved.”

In his hospital, as in others, scheduling an inpatient PET image entails “a lot of hoop-jumping. You’re probably not missing out on much if you’re not using PET.” 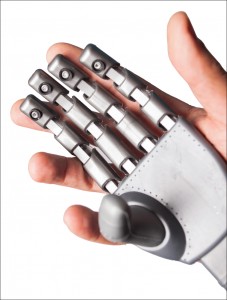 A MAJOR PARADIGM SHIFT is bearing down on clinical practice, and certain specialties—including radiology, dermatology and ophthalmology—are about to be radically reconfigured. But medicine specialties won’t be far behind.

That’s according to radiologist Timothy P. Kasprzak, MD, MBA, director of abdominopelvic and oncologic imaging at Cleveland’s MetroHealth Medical Center, who presented at this year’s Society of Hospital Medicine conference. The seachange Dr. Kasprzak was referring to is artificial intelligence and big data.

“The first specialties that will be affected are those, like radiology, that rely on pattern recognition,” he said. But “computer-aided diagnosis is coming and it’s coming very quickly, so that’s going to affect you.”

How might computers take over for physicians? Artificial intelligence may well take over Dr. Kasprzak’s job now of reading film, while “a radiologist will go back to what I actually envision our job should be: being a consultant,” he said. “I may be rounding with you and doing studies with you.”

As for the role of artificial intelligence and big data in medicine, ICUs and step-down units are already feeding all of patients’ data points—vitals, labs—into one computer. “Just as radiologists are going to be dealing with a probability diagnosis based on pattern recognition,” he noted, “you’re going to be getting a probability of diagnosis based on all those data points.”

So how should doctors respond? “We can stick our head in the sand,” said Dr. Kasprzak, “but I would advocate for embracing big data and artificial intelligence to help them adapt.”

I’d love to provide more background info for the radiologist when I place an imaging order, but EMRs are the limitation for me. There is a character count that essentially limits me to typing out “chest pain” or “abdominal pain” or deformity. Since our images are read off-site, they do not have access to the EMR to get background. This often leads to the radiologist calling me to get more information for context. Another issue is demeanor. It is endemic in healthcare that conscientious providers eat a lot of dirt because they are easy targets for cranky and stressed out… Read more »