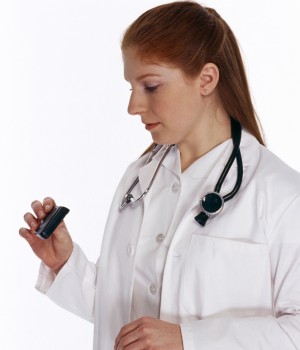 WHEN CATHERINE MESSICK JONES, MD, MS, helped convene a large, interdisciplinary team at Wake Forest Baptist Medical Center in Winston-Salem, N.C., in late 2011, the group decided on an ambitious goal: redesign how sepsis was diagnosed and treated in patients on the floors.

The group knew that the key to improving sepsis mortality was faster detection and administration of antibiotics and fluids. But to speed all that up, the team realized it would have to re-engineer many of the processes involved in medication ordering and delivery. It doesn’t help, they learned, to have doctors order antibiotics STAT if unit secretaries don’t know about those orders and don’t notify nurses when the orders are filled.

The solution would have to include orchestrating much tighter coordination among an entire cast of clinicians: pharmacists, respiratory therapists, lab technicians, nursing supervisors and unit secretaries, not to mention doctors and bedside nurses.

“The timeframe for giving antibiotics is so short that you will not know for certain if your patient has sepsis.”

“And all of them, ” says Dr. Jones, the medical center’s associate chief medical officer for medical services, “needed to be aware of the urgency at the same time.”

The fix that evolved, Code Sepsis, added early sepsis screening to the duties of the center’s rapid response team. When that team calls a Code Sepsis, the emergency communication center and a well-choreographed staff now spring into action to get antibiotics on board within an hour.

More than a year after Code Sepsis was launched, Dr. Jones credits it with reducing length of stay for floor patients diagnosed with sepsis. She also believes the initiative has had a lot to do with the drop in the medical center’s sepsis mortality rate from 23% before Code Sepsis to 12% over the last three months.

How it works
According to Dr. Jones, adding Code Sepsis duties to the rapid response team already in place made sense. Many patients that team saw even before the sepsis initiative began had sepsis.

She notes that the number of sepsis diagnoses seems to be on the rise “a trend she expects to continue. That’s in part due to better recognition of sepsis, but also to the aging population and more patients who are immunocompromised or have implanted devices. “This is going to be,” she says, “an increasingly common problem for us, so we need to do it better.”

The center’s rapid response team consists of two dedicated nurses, “24/7, 365 days a year,” Dr. Jones explains. “We had already taught the bedside nurses and built into the electronic medical record the ability to calculate an early warning score based on vital signs.” A high early warning score triggers a call from the bedside nurse to the rapid-response nurse. That nurse then screens for SIRS criteria, which may then trigger calling a Code Sepsis to the emergency communication center.

Center personnel send a text page to the first-call provider, who may be a hospitalist, an intern if the patient is on a teaching service or a midlevel for some surgical services. The same text page also goes to pharmacists, respiratory therapists, technicians in the STAT lab “”they’re the ones who process the lactates,” says Dr. Jones “and the ICU triage nurse.

The sepsis bundle put in place for floor patients for whom a Code Sepsis is called includes lactate and blood cultures, starting antibiotics within an hour, and fluid resuscitation for patients with a high lactate or low mean arterial pressure of less than 65.

Overusing antibiotics?
The Code Sepsis initiative was launched in April 2012 hospital-wide. “We took the big-bang approach,” Dr. Jones says. “That way, we could educate everyone who takes care of adult inpatients at one time.”

But just because the medical center could use its existing rapid response team didn’t mean the initiative went off without a hitch.

For one, clinicians were concerned about antibiotic overuse. Clearly, codes would be called on some patients who didn’t have sepsis. Wouldn’t they be given antibiotics unnecessarily?

The short answer, says Dr. Jones, is “yes.” She quickly adds that doctors have to accept that risk to be able to get antibiotics on board quickly enough for patients who need them.

“A point we had to make was that the timeframe for giving antibiotics and achieving an optimal outcome is so short that you will not know for certain if your patient has sepsis,” she points out. At the same time, “We want people to deescalate antibiotic therapy if it becomes clear that patients had some other diagnosis or if their culture data comes back and they don’t have sepsis.”

Dr. Jones also points out that the hospital achieves 100% bundle compliance in somewhere between 40% and 50% of the patients for whom a Code Sepsis is activated. “In the rest of those patients,” she notes, “there’s sufficient uncertainty about the cause of vital-sign abnormalities that people choose not to continue with the bundle.”

Time-saving changes
Clinicians also questioned the fluid resuscitation component, “particularly for medical patients with heart or renal failure,” Dr. Jones notes. “We made it OK for physicians to make judgment calls on whether fluid resuscitation was appropriate.”

And because physicians may need to intubate a patient or put in a central line once a Code Sepsis is called, “we started to allow our pharmacists to do the order entry for the antibiotics if the physician was tied up and could give only a verbal order,” she says.

To save even more time, the team decided to deviate from the recommendation from the Surviving Sepsis campaign to use serum lactate acids.

“We’re a big organization and serum lactate acids run on our main chemistry line,” Dr. Jones points out. “That would take us a long time to get results, so we decided to use whole blood lactates that can be done in our STAT lab.”

The center also keeps prepared packets stored in every nursing unit with all the tubes and other equipment needed for running a Code Sepsis. “Now, you just pick up one packet,” says Dr. Jones, “and have everything you need.”

Hospital-wide impact
The time to antibiotic delivery for patients with suspected sepsis on the floor plummeted from more than six hours before Code Sepsis was launched to slightly more than 40 minutes as of this March.

That success has migrated throughout the hospital to the ICUs and ED, which have adopted some Code Sepsis techniques, including doing lactates sooner and getting pharmacists involved more quickly. “They have been able to reduce their antibiotic delivery times to under an hour as well,” says Dr. Jones.

For hospitals that want to tackle sepsis, she points out that antibiotic timing offers “the most opportunity for improvement.” The trick, she adds, is to do what she and her team did when they started.

“Look at each step,” Dr. Jones advises, “and break it down into all its component parts. Then think about how to make each part faster or more efficient to get the results you need.”

Published in the September 2013 issue of Today’s Hospitalist