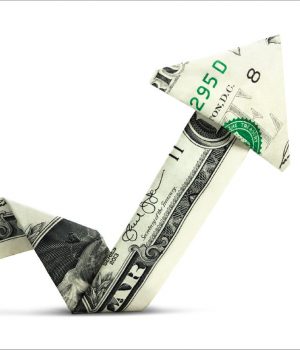 STARTING THIS MONTH, the CMS is hiking what it pays hospitals for treating covid in Medicare patients by 20%.

That increase, however, comes with strings. For one, covid patients must have a verified positive covid test within 14 days of being admitted. Further, those test results have to be documented in patients’ records, and only results for viral tests (molecular or antigen), consistent with CDC guidelines, may be used. That viral test does not need to be performed by the treating hospital, and test results conducted before admission can be entered into hospital records.

In the rare event that patients have results from tests performed more than 14 days before admission, the CMS will consider the augmented payment on a case-by-case basis. The CMS also plans to run audits to make sure lab results are recorded.

In other payment news, the HHS last month released $1.4 billion to 80 pediatric hospitals around the country that have been adversely affected by coronavirus. According to Fierce Healthcare coverage, the distribution is meant to offset those hospitals’ higher costs and their drop in revenue from fewer patient visits.

Sick clinicians face pressure to get back to work 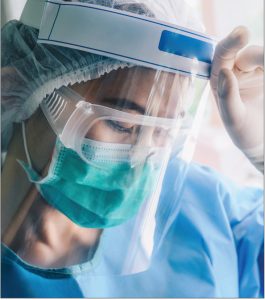 But Kaiser Health News reported last month that some hospitals have leaned on clinicians who are out ill with covid to come back to work, even if they’re still experiencing symptoms. Other employers don’t extend enough sick leave, forcing employees to choose between coming back to work before it may be safe or losing pay.

Another factor: the “presenteeism” that often sways health care workers to stay on the job when they don’t feel well. In a survey of close to 1,200 unionized health care workers, about one-third of those who were infected said they’d returned to work while still symptomatic. In July, the CDC updated its recommendations for hospitals that are short-staffed, including implementing regional transfer plans.

In other covid news, Kaiser Health News is partnering with The Guardian to present “Lost on the Frontline,” a running tally and profiles of health care workers and first responders who have died in the pandemic. As of last month, that tally included 922 who likely died from covid related to patient care. 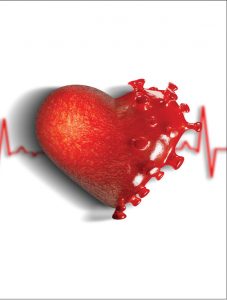 Most of those showed myocardial inflammation. Two-thirds of the patients studied had never been hospitalized, and the results were similar regardless of patients’ underlying conditions or covid severity.

Another study, which looked at autopsy results, found high levels of virus in the hearts of almost two-thirds of the patients autopsied. Both studies were published online in late July in JAMA Cardiology.

An accompanying editorial called for more research to see if that high cardiac risk could be confirmed. If it is, the editorialists write, the covid crisis may “shift to a new de novo incidence of heart failure and other chronic cardiovascular complications.”

Surges expose the dangers of understaffing 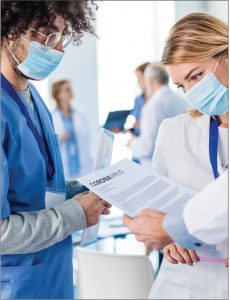 EXPERTS HAVE IDENTIFIED many factors that cause covid mortality to spike including comorbidities and social determinants of health. But writing in the August issue of Health Affairs, a New York City hospitalist points to what may be another critical factor in high mortality: the chronic understaffing of hospital teams.

The author, David Scales, MD, works in a community hospital that was overwhelmed with covid patients this spring. He believes that when all the data are analyzed, those hospitals with “the least capacity for surge staffing” may eventually be linked to the highest number of excess deaths. That’s because it takes “a complex interconnected network” of specialists working together to enable ventilated patients to survive.

The outbreak, Dr. Scales adds, was an object lesson in how patient safety is jeopardized as patient-to-nurse ratios increase, particularly in the ICU. With covid patients, “patient-to-(respiratory) therapist ratios are just as vital.” In terms of staffing, the pandemic revealed the strained resources of safety net hospitals, a condition tolerated pre-covid. “The stress test of the pandemic made such stark inequities impossible to ignore.” 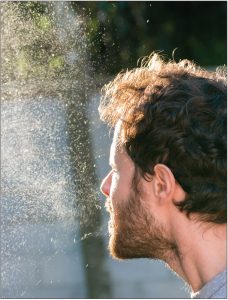 RESEARCH (in preprint form) published last month has now established what clinicians and scientists have thought all along: that aerosols floating in the air contain covid and are contagious.

Researchers from the University of Florida isolated live virus from aerosols collected between seven and 16 feet away from patients in a room in a covid ward. None of the patients in that room had aerosol-generating procedures. MedRxiv published the results in early August.

According to the New York Times, the room in which aerosols were collected had six air changes per hour along with filters and UV irradiation to inactivate the virus. Researchers found 74 virus particles per liter, a level that critics pointed out may not be enough to infect someone. Analysts note that the research underscores the need for effective ventilation in workplaces and school classrooms. 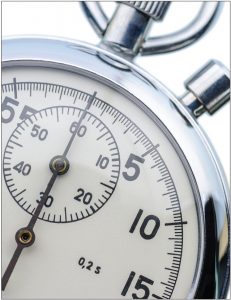 IT’S TIME to radically rethink how the U.S. is doing testing, according to Harvard’s Ashish Jha, MD. In a TIME commentary published in late July, Dr. Jha writes that, “America’s testing infrastructure is collapsing”—due largely to the heavy reliance on PCR tests, which are both slow and expensive.

He proposes using cheap antigen tests whereby everyone in the country would spit on a specially treated piece of paper every morning. Critics of such testing point to their less-than-perfect sensitivity of perhaps only 50%—a drawback that, Dr. Jha writes, would be countered by frequent testing and rapid results. Referring to a preprint on testing sensitivity published in June on MedRxiv, he writes that, “(S)peed matters much more than test sensitivity in controlling a pandemic.”

In related news, seven state governors last month announced a purchasing compact, which the Washington Post reports is the first of its kind. The states—Virginia, Louisiana, Massachusetts, Michigan, North Carolina, Ohio and Maryland—are working with the Rockefeller Foundation and negotiating with companies to produce 3.5 million rapid antigen tests, with results ready within 30 minutes.

More than half of positive pregnant women are asymptomatic 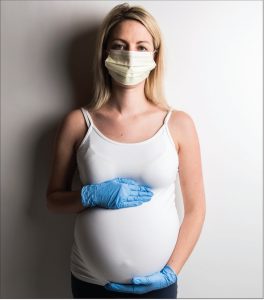 A NEW REPORT from the nation’s largest OB hospitalist provider makes a case for universal hospital covid testing, at least in labor and delivery units.

Issued this summer, the report looked at 10 weeks of patients across more than 160 hospitals. Among the 200 obstetric patients who presented and tested positive, 58% were asymptomatic. All of the patients were treated by OB Hospitalist clinicians.

A study published in July in The Lancet Child & Adolescent Health found that 8% of women giving birth in three New York hospitals between March and May were positive. All the positive mothers practiced hand and skin hygiene and wore masks when holding their babies, most of whom roomed with their mothers in a closed isolette.

Babies were tested for two weeks and followed up at one month via telemedicine—and none of them became infected. Among the mothers, 78% were breastfeeding at one week.

The emotional stages of coronavirus 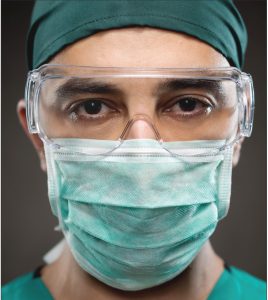 A NEW YORK HOSPITALIST has detailed what he calls the “emotional evolution” that both covid patients and the clinicians who treat them are going through.

The hospitalist—Dhruv Khullar, MD, with Weill Cornell Medicine—published his dispatch in the New Yorker in July. Patients, Dr. Khullar writes, often have a hard time accepting the debility they still feel weeks or even months after they supposedly recover.

As for physicians, he describes several stages of progressing emotional response. First is excitement at treating such an unknown, along with fear about PPE shortages and anxiety over infecting family. But as sick patients overwhelm hospitals, clinicians start to feel detachment and disconnection.

That desensitization can be ameliorated only if hospitals and clinicians can humanize the patients they’re treating. He describes one New York ICU that asked family members to send in patient photos and bios to hang on IV poles. Clinicians also experience frustration with the misinformation that’s being passed around and with officials lifting restrictions too soon.

“It reflects,” one of the author’s colleagues told him about the reopenings that have fueled surges, “the ignorance and privilege of those who haven’t had to confront this suffering.”