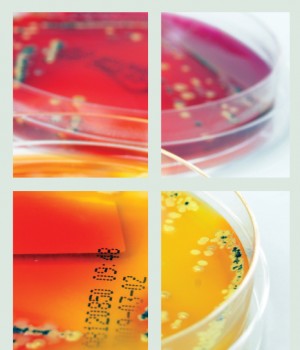 IN THE PAST, Wake Forest Baptist Medical Center in Winston-Salem, N.C., has been featured on lists that no hospital wants to be a part of. For the hospitals infection control experts, the worst was showing up on Consumer Reports’ roster of hospitals with the highest C. diff rates.

To change that, “there was not a recommendation from an expert anywhere that we did not try routinely and systematically,” recalled John Walton Sanders, MD, MPH, head of infectious diseases, who spoke at this year’s Society of Hospital Medicine annual meeting in Las Vegas.

“We were even bleaching the ceilings. There was nothing we could think of that we were missing over two-plus years of working diligently.” But then, Dr. Sanders said, the hospital—like other health systems around the country—changed how it tested for the infection. As a result, its C. diff rate went from being among “the worst in the nation” to being “the best in the state.”

“Asymptomatic colonization does not necessarily increase patients’ risk of developing symptomatic disease. In fact, it may protect them.”

As a forthcoming article from his epidemiology colleagues will show, changing nothing “except our testing modality”—from an “overly sensitive” polymerase chain reaction (PCR) test to the more specific, less sensitive two-step enzyme immunoassay (EIA) regimen—allowed Wake Forest Baptist to reduce its C. diff rates without seeing any “increase in the spread of C. diff isolates in the hospital.”

While current guidelines call for using PCR testing, “we have done extensive tracking to make sure that we weren’t hurting anybody” by using the two-step EIA algorithm instead, said Dr. Sanders. His conclusion: The hospital isn’t missing or delaying diagnoses among patients with C. diff disease.

How to interpret results
The key to successfully switching testing procedures was the concurrent and ongoing education of nurses, hospitalists, housestaff and other clinicians. Everyone needed to know how to use their clinical judgment to decide who to test.

They then needed to know how to interpret the two EIA results they receive back from the lab because difficulties can arise when there are discordant findings. Usually, one test comes back positive for the C. diff antigen glutamate dehydrogenase (GDH), while the other comes back negative for toxin A/B.

“One big take-home is to use clinical judgment with these results,” Dr. Sanders said. Take, for instance, an elderly woman with underlying disease and an NG tube who’s taking a PPI as well as clindamycin, and is having profuse diarrhea, “going 10 times a day. But her two-step EIA lab test was GDH-positive, toxin-negative.”

Contrary to what some clinicians new to this testing regimen may think, the patient can’t be said to be C. diff-free simply because a test didn’t detect toxin, he explained. “She has C. diff, and we need to use our clinical assessment first. Then, the test can help us confirm that.”

For patients whose EIA results are contradictory and for whom he needs confirmation, Dr. Sanders regularly follows up by ordering a PCR test. Whether that should be the standard of care, he added, “is a question for guideline committees.” An update to the 2010 Society for Healthcare Epidemiology of America/Infectious Diseases Society of America guidelines is expected to be published this fall.

When should you order tests?
Clinical judgment likewise should guide clinicians when deciding whether to order C. diff testing at all. Part of the reason why Wake Forest Baptist’s C. diff rates were so high was “lots of inappropriate tests were being ordered,” he noted. “Patients on laxatives or bowel prep were having their loose stool sent to the lab.”

Very sensitive PCR tests would then identify C. diff in patients without symptomatic disease. Guidelines recommend against treating patients who are colonized with C. diff but do not have disease.

“Asymptomatic colonization does not necessarily increase patients’ risk of developing symptomatic disease,” he pointed out. “In fact, it may protect them.”

Dr. Sanders reviewed data showing that 30% of patients who come to hospitals from the community (for reasons other than C. diff) are asymptomatically colonized, as are 50% of those coming to hospitals from nursing homes.

Clinicians should also avoid ordering repeat tests to confirm that a patient has been cured. “Patients are very likely to be positive for weeks or months after being treated,” Dr. Sanders pointed out. Similarly, some patients who relapse may not need to be re-tested.

“Most providers do re-test to make sure they are not missing another diagnosis, but you don’t have to,” he said. “If you have a clinical diagnosis of C. diff, which you confirmed with testing before, then treated and patients got better, but they are back a couple of weeks later with symptoms again, that’s recurrent C. diff.”

“Nationally, we are seeing a significant improvement in decreasing relapses with FMT,” Dr. Sanders said. “If your hospital is not offering it because it isn’t able to support it, that’s one thing. But if you are not doing it because you just haven’t gotten around to it yet, you should strongly consider offering these therapies.” Recurrence happens between 10% and 20% of time, “so keep long-term strategies in mind” with any C. diff patient.

“Craplets”: silly name, serious treatment
WHAT IF YOU could take a pill and prevent getting C. diff again? A growing number of C. diff sufferers are doing just that: pulling up a chair, pouring several glasses of water and opening a bottle of 30 large capsules filled with emulsified stool from screened donors that they take over the course of an hour.

“Once patients overcome the ‘Ick!’ factor, they are usually amenable.”

In his experience, oral fecal microbiota transplantation (FMT)—which some clinicians have endearingly nicknamed “craplets”—works between 80% and 90% of the time in preventing recurrences of symptomatic C. diff disease in relapsed patients, says Richard Bloomfeld, MD, a professor of gastroenterology at Wake Forest Baptist Medical Center in Winston-Salem, N.C. Dr. Bloomfeld oversees the FMT program there.

“Once patients overcome the ‘Ick!’ factor, they are usually amenable,” he says. “People who have been really sick with C. diff are thrilled to have anything that cures them.” Stomaching the pills, he says, is rarely a problem.

Stool transplant via pills is cheaper and safer and often the only option for many C. diff patients who hospitalists care for: frail, elderly patients with comorbidities for whom colonoscopy may be too risky. At Wake Forest Baptist, according to Dr. Bloomfeld, about half of all FMT is now oral, while the other half is via colonoscopy.

Although oral FMT treatment could be given to inpatients, it usually is done as an outpatient procedure overseen by gastroenterologists.

“I’m not looking to push this to hospitalists,” says Dr. Bloomfeld, adding that it’s hospitalists’ role to refer patients now cured of their second or third episode to a GI subspecialist who can discuss FMT options. He recommends that patients be discharged on oral vancomycin (or whatever antimicrobial therapy the hospitalist chooses) and continue that regimen until two days prior to FMT. Patients should then try to avoid all antibiotics afterwards—forever.

Like many hospitals, Wake Forest Baptist no longer prepares its own donor stool for transplant, but instead buys a frozen product (whether for colonoscopy, a naso-enteric tube or delayed-release, oral capsules) from a nonprofit stool bank called OpenBiome.

Dr. Bloomfeld also points out that FMT is not approved by the FDA, which announced in 2013 that it was going to regulate fecal microbiota and ban its use as anything other than an investigational drug requiring an investigational new drug (IND) application. After much pushback from physician groups, who argued that FMT is the only therapy available for recurrent C. diff, the FDA announced that it would exercise “enforcement discretion” and allow physicians to continue to use it without an IND application.

“I tell my patients it’s a non-standard treatment and has theoretical risks, but in clinical experience it has proven to be quite safe,” Dr. Bloomfeld says. “It’s an option for anybody hospitalized with more than one attack of C. diff in the absence of ongoing antibiotic use.” The idea is to help “develop a normal, healthy flora in your colon that can prevent overgrowth of C. diff.”

“What about my family?”
PATIENTS RECOVERING from C. diff often ask their discharging hospitalist how to prevent their family from catching the disease at home.

For everyone else, standard hygiene, including cleaning bathrooms with bleach, should keep household members safe. Dr. Sanders suggests reminding patients that only a small subset of people colonized with C. diff will develop symptomatic disease. For the vast majority of patients, having the bacteria means they have some immunity and are protected from developing C. diff diarrhea.

“It’s not a major concern when people are going home as long as they are appropriately treated and using standard hygiene,” he notes. “Maybe suggest cleaning the bathroom a little more vigorously.”