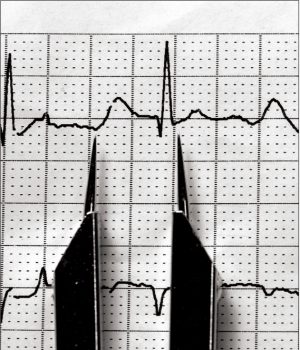 IT’S BEEN SIX YEARS since the Society of Hospital Medicine issued this recommendation as part of the Choosing Wisely campaign: Don’t order continuous telemetry monitoring outside the ICU without using a protocol that governs continuation. While many hospitals are still struggling with unnecessary telemetry orders, some have created innovative ways to meet that recommendation.

A case in point: An internal review done in 2018 at San Diego’s Naval Medical Center found that a majority of the telemetry orders placed there were inappropriate, as per ACC/AHA guidelines updated in 2017. But unnecessary telemetry at the hospital has since been reduced 30%, thanks to a Lean Six Sigma project that introduced several interventions.

Some are decidedly low-tech, including maintaining a (physical) binder in different locations throughout the hospital that spells out telemetry indications.

“Even patients at low risk for alcohol withdrawal were being put on telemetry?” 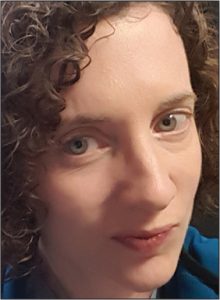 And one very effective communication intervention has attendings—not residents—being called by a patient care coordinator or charge nurse when a telemetry order is either inappropriate or needs to be discontinued. For Debra Coffey, MD, division head of hospital medicine, “that was the best thing that came out of this entire initiative.”

Now that attendings are called directly about unnecessary telemetry, “It brings the attending more closely in line with what’s going on, and it makes things happen more quickly.”

The wrong indications
According to Dr. Coffey, clinicians at the Naval Medical Center were ordering telemetry inappropriately for the same reasons as physicians in other hospitals.

For one, telemetry is very easy to order. “In the standard admission orders we pull up, we do have to pick everything we want,” she says. “But telemetry is right there with vital signs.”

“We’d get phone calls from telemetry every time an alarm goes off, often for simple fixes like a lead is off.” 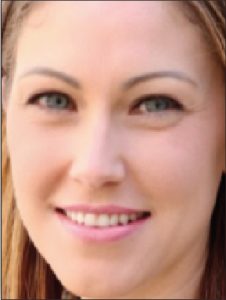 Also, interns and residents are the ones placing many of the orders, and they maintain “a knee-jerk reaction to ordering telemetry on just about any patient with a history of any heart problem.” And doctors—attendings as well as residents—weren’t aware of the indications for ordering telemetry included in the ACC/AHA guidelines.

Instead, they had a mistaken idea that telemetry was a “kind of safety net,” says Dr. Coffey, “a way to keep a closer eye on a patient because we don’t have a step-down unit.”

Electrolyte imbalances and GI bleeds, for instance, are not indications included in the ACC/AHA guidelines. Neither is alcohol withdrawal.

“This was actually a big problem because we admit more low-risk alcohol detox patients than many community hospitals,” she says. “Even patients at low risk for alcohol withdrawal were being put on telemetry.” Doctors were also not aware of the toll that unnecessary telemetry takes on nursing and tech time.

“I am the clinical nurse specialist for an internal medicine floor, and our telemetry is monitored remotely from a different floor,” explains Lt. Cmdr. Margaret Mitzkewich, RN, MS, who ended up designing and implementing the telemetry reduction initiative. “We’d get phone calls from telemetry every time an alarm goes off, often for simple fixes like a lead is off.” Following up on those calls, she adds, not only takes a lot of time but could potentially lead to alarm fatigue.

Then there was this concern: Patients on inappropriate telemetry could be subjected to unnecessary prescribing, with potential adverse outcomes. That led Dr. Coffey to suggest the need for curbing inappropriate telemetry, an effort that Lt. Cmdr. Mitzkewich tackled along with two interns and a patient care coordinator.

Tailoring interventions
Lt. Cmdr. Mitzkewich and her team realized that some interventions that many hospitals use to curb unnecessary telemetry weren’t a good fit for the Naval Medical Center.

One is electronic pop-ups that require doctors to choose a reason when they want to place a telemetry order. “Unfortunately, our hospital was transitioning to a different EHR, so we weren’t at that time able to make any changes to the way orders were entered,” she says.

She and Dr. Coffey also discussed having telemetry orders automatically expire after a certain amount of time. “The concern was that we might have a patient who had an actual indication for telemetry and the provider might forget to re-order it after the automatic expiration,” says Dr. Coffey.

One intervention they did settle on was education, with Lt. Cmdr. Mitzkewich educating the nursing staff about the ACC/AHA indications for telemetry and the conditions for which clinicians should not consider ordering it.

On the physician side, education was taken care of by the two interns who helped champion the initiative. “They took a morning report section and educated the entire department on the use of telemetry,” Dr. Coffey says. “It helped that the information was coming from the ground up as opposed to us as staff telling residents what they should do.”

Lt. Cmdr. Mitzkewich also put together a binder, a copy of which stays at each nurses’ station and in the interns’ office for easy reference. That spells out the ACC/AHA indications. And the patient care coordinator—who functions, she says, as a resource nurse—is charged with reviewing telemetry orders first thing every morning and calling attendings whose patients are on unnecessary orders or on monitoring that should be discontinued.

“His whole job is to review patient charts, educating patients and making sure they’re progressing to discharge, so he was the perfect person for that role,” she adds. Because the coordinator works only Monday through Thursday, charge nurses take over that task on Fridays and weekends—a fix made possible by cross-training the staff.

Order reductions
The calls to attendings began last March, Lt. Cmdr. Mitzkewich says. Since then, the hospital’s telemetry rates have fallen from 15% of all admissions down to 10%. Dr. Coffey points out that because, like many hospitals in the U.S., the medical center lacks an observation unit, patients being held to rule out stroke—all of whom are on telemetry—are short-stay admissions.

Cutting down on telemetry days also saves money, with the hospital now having to pay for fewer leads and electrodes as well as for less nursing time to monitor telemetry patients.

Lt. Cmdr. Mitzkewich also continues to review how many patients are on telemetry, and “it looks like a lot less,” she says. “On a 20-patient unit, we’ll now have two patients on telemetry, not 10.”

This is a common practice in our facility when the number of tele boxes are running low.