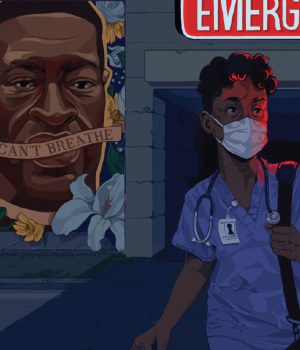 AFTER SEEING the video of George Floyd’s murder, Ashley McMullen, MD, a primary care physician with the San Francisco VA and a UCSF assistant professor, expected she’d do what she always does after racially-motivated killings: tuck the feelings away, go back to work and find time later to sit with her grief.

“In the past, the general outlet is to go to the people in my Black community and commiserate together,” Dr. McMullen says. “We just keep going, knowing that the world doesn’t see us or our pain.”

But this time was different. “We couldn’t do it anymore,” she says. “I couldn’t squash this one down.”

A lot of people couldn’t squash it down either. In January, Dr. McMullen had taken part in a live storytelling event organized by The Nocturnists, the collaborative founded in 2016 by San Francisco hospitalist Emily Silverman, MD, that brings health care professionals together to tell stories about themselves in medicine.

“This was a moment where society as a whole was finally seeing this, and many for the first time.” 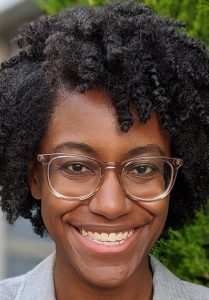 While The Nocturnists has been producing podcasts about the pandemic, George Floyd’s death and the national protests it sparked led Dr. Silverman to, as she put it, “turn over the mike” to Dr. McMullen as host and producer and to hospitalist Kimberly Manning, MD, (Grady Hospital, Atlanta) as executive producer. They launched the “Black Voices in Healthcare”  podcast series, collecting audio stories from more than 200 Black medical professionals.

At press time, scores of those stories had been brought together into seven weekly episodes, with 10 planned altogether. Each episode is organized around a theme; the first, “Again,” is on reacting to the stream of killings at the hands of police or vigilantes. Dr. McMullen spoke to Today’s Hospitalist.

Why did this death seem so different to you?
There are layers to that answer. It just became too much to continue to internalize the micro- and macro-aggressions that come from seeing these killings.

We’ve had this blatant injustice for centuries. But this occurred in the middle of a pandemic that disproportionately affects communities of color, when all the injustices of the health care system are on full display. It was just too much, too much cumulative trauma. Usually, when these killings happen, the world doesn’t seem to notice our pain. But this was a moment where society as a whole was finally seeing this, and many for the first time. That catalyzed an opportunity to do something different because people seemed ready to listen and perhaps learn and see things differently.

In the podcasts, it’s clear that African-Americans often have to “translate” their experiences for colleagues at work. One pediatrician tells of dealing with the fallout from white nurses in the hospital cutting the hair of a patient who’s a black baby boy, not realizing that many African-American mothers don’t cut boys’ hair until they’re a year old.
Many of us have similar stories, illustrating the kind of code-switching we often do or how we have to explain things that other Black people just get. I think that’s true of many cultures that aren’t represented in institutions, and health care is certainly an institution, much like politics and education and criminal justice.

In institutions, the default is overwhelmingly a white majority mindset. So we often find that we have to strip parts of ourselves away or dilute parts of ourselves to make people comfortable with us. That feels burdensome at times, and we don’t often have the chance to bring our full selves into our work environments. It highlights the importance of having some proximity to other people’s experiences.

Several episodes are told through the lens of black experience. But in other episodes, storytellers recount universal experiences such as the process of becoming an avid cyclist or salsa dancer.
For me, this has been an opportunity to learn—alongside everyone else—that Black voices, particularly Black voices in health care, aren’t a single monolithic group. We come from different backgrounds and have different stories, whether we’re the descendants of slaves or first-generation immigrants. It’s clear that our experience depends on how long we’ve been in the U.S., what we’ve been witness to and where in the U.S. we grew up.

At the same time, these are themes that we all connect with and find value in. And it’s not that we need to cut down or vilify folks who have different identities. It’s just that we all need to take this moment to listen with empathy and not be scared to get into difficult conversations.

Clearly, you support the concept of narrative medicine.
I do love that integration. Traditionally, we see our creative side as being separate from our practice of medicine.

I actually don’t believe that’s true. Narrative informs the way I practice, how I write notes, how I present a patient’s history to a colleague. I believe we need to build back more narrative context that’s getting left out of medicine. That’s particularly true as we move toward a more efficiency-driven health care system that can leave vulnerable patients behind.

What do you hope listeners take away from this series?
It’s a moment of reckoning, and it’s been a rough ride. But it also presents an opportunity to look forcefully at disparities and recognize that we are not wedded to systems and structures that may be great for a few but harm many others.

These incidents present us with a choice, whether it’s political or ideological or related to how we practice. The way we’ve been doing things for a while, it needs to change. And it starts with just stepping aside in some respects and inviting new perspectives into the conversation. 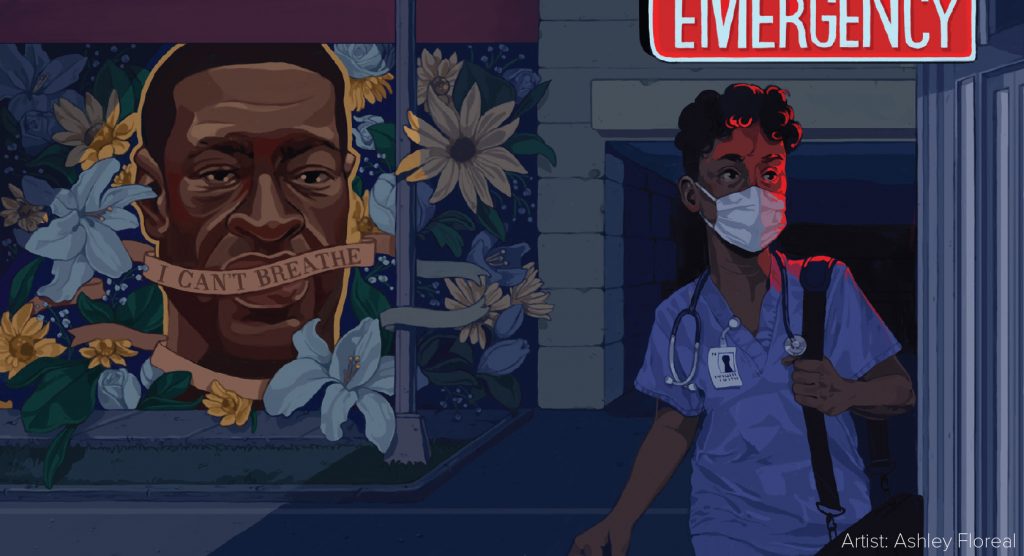