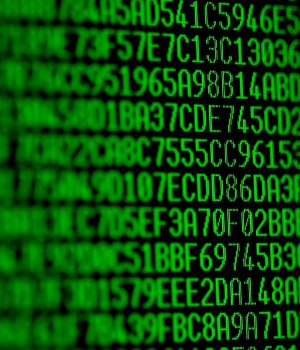 “One chair of a hospital department told me he used his nurse practitioners as ‘Epic intervention-ologists,’ ” said Ms. Marriott at a presentation on NP/ PA return on investment at this year’s SHM annual meeting. “If you’re not generating a positive margin from your use of NPs/PAs, you’re doing it wrong, and you’re missing a big opportunity.”

Both she and another presenter—Michael L. Powe, vice president, reimbursement and professional advocacy for the American Academy of PAs—discussed the requirements behind billing shared visits. That’s where both an NP/PA and a collaborating physician bill for the care of a patient under the physician’s name to be reimbursed at 100% of the physician fee schedule.

“One chair of a hospital department told me he used his nurse practitioners as ‘Epic intervention-ologists.’ “ 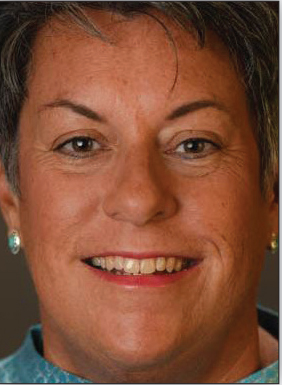 Both also made a strong case for allowing NPs/ PAs to bill under their own name and provider ID and be reimbursed at 85% of that schedule, as allowed by payer policy. As Ms. Marriott pointed out, “The positive margin contribution billed by NPs/PAs is still significant.”

Shared billing musts and caveats
Some shared-visit musts: Both the physician and the NP/PA must be employed by the same entity, and they must both provide services to the same patient on the same calendar day.

And a caveat: Doctors and NPs/PAs cannot bill shared visits for procedures or critical care. “Procedures can be billed only by the person doing the procedure,” Mr. Powe pointed out. “If NPs/ PAs are doing a procedure, even if a physician is standing next to them and signing the record, that procedure can be billed only under the NP/PA name and provider number.”

As for critical care, if a physician spends 20 minutes with a patient in the ICU and an NP/PA from the same group separately spends 15 minutes later in the day, it would not be appropriate to combine those minutes to attempt to qualify for a 99291 bill.

Other than procedures and critical care, however, shared billing for an evaluation and management service—admission, subsequent visit or discharge—is wide open.”It doesn’t matter how much or how little time the doctor spends with that patient on that day,” said Mr. Powe. “If the NP/PA spends 35 minutes with the patient and the doctor spends only five, those two times can be combined and billed under the physician.”

Substantive care
But to bill a shared visit, doctors must provide some substantive portion of the history, exam or medical decision-making.

“Medical necessity must drive a shared visit,” Ms. Marriott explained. “The physician has to contribute something to patient care that goes beyond just confirming that the NP/PA already did the right thing.” That’s where physicians can fall short, she added, and not understand the clinical and documentation requirements for billing a shared visit.

“If the doctor sticks her head in the door and then cosigns the chart, it does not get you to a shared visit.” 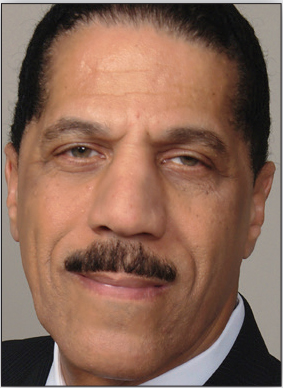 What constitutes a substantive element? According to the CMS, doctors must perform all or some portion of the history, exam or medical decision-making. “That could be rather limited,” Mr. Powe pointed out, “and documenting only a few lines can be sufficient to recognize the physician’s role.”

Some examples of what may not be enough in terms of documentation: “Seen and examined,” with a physician signature, or “seen and agree with above,” signed by the physician.

“We don’t know from that language,” he said, “what professional service the physician provided.”

Inconsistencies across MACs
Mr. Powe pointed to another wrinkle with shared visits: Each state has its own Medicare administrative contractor (MAC), each with its own medical director or CMO.

Some state MACs hold that physicians must document doing at least one complete element in the history, exam or medical decision-making to bill a shared visit.

To add to the confusion: One state MAC takes a less restrictive view of shared billing and its documentation. While the “seen and examined” language may not make the grade for some MACs, Wisconsin Physicians Service would accept that language, Mr. Powe noted.

“Your local MAC is going to adjudicate your claim,” he noted. “That’s what you have to be in alignment with.

As for what he considers potentially appropriate documentation, he gave this example: “I have personally seen and examined the patient, reviewed the NP’s/PA’s hx, exam, and medical decision-making and agree with assessment and plan,” signed by the physician. “But I would love to see something clinical on that note, and two or three lines is all you need.”

And “if the doctor sticks her head in the door and then cosigns the chart, it does not get you to a shared visit,” said Mr. Powe. Instead, “bill that service under the NP/PA and take the 85%.”

Chasing the 15%
Many groups are reluctant to have NPs/PAs bill their own services and be reimbursed at 85% of the physician fee schedule. “They believe they’re leaving 15% on the table,” Ms. Marriott said. But having your physicians visit every NP/PA patient every day may not be the best use of your doctors’ time. Instead of having physicians do repetitive work on stable patients, doctors could be processing earlier discharges, moving admissions out of the ED faster or seeing higher-acuity patients.

Part of the problem, she noted, is that doctors don’t want to lose RVUs by having NPs/PAs bill under their own ID number. “That’s a discussion every group must have, and maybe you’ll find a way to compensate doctors for being supervising or collaborating physicians in lieu of those RVUs,” said Ms. Marriott.

Plus, not allowing NPs/PAs to bill their own services can pose problems when you’re trying to hire more.

“You have to be able to tell your CFO how many RVUs your NPs/PAs are billing to make the argument for hiring,” Ms. Marriott said. When groups bill all NP/ PA work under shared visits, “NP/PA revenue is often buried under that of the physicians.”

When it comes to figuring out how best to deploy NPs/PAs in your group, Tricia Marriott, PA-C, MPAS, who spoke about NP/PA return on investment at this year’s Society of Hospital Medicine meeting, singled out an important study published in the October 2016 issue of the Journal of Clinical Outcomes Management.

That study set out to determine whether a higher than conventional PA-to-physician ratio at a community hospital could achieve similar outcomes at lower costs.

The research looked at two hospitalist groups working at the same community hospital in Maryland. One had three doctors and three PAs rounding on patients, while the other—which the authors characterized as more conventional—had nine doctors and only two PAs.

In the first group, the PAs rounded on 14 patients a day and billed 35.7% of all overall visits under their own names. Meanwhile, the PAs in the second group rounded on only nine patients a day and billed only 5.8% of all group visits under their own names and provider IDs. The authors compared the two groups on a host of outcomes, including in-hospital mortality, readmissions, length of stay, consultant use, illness severity, mortality risk and costs.

Clearly, the group using the expanded PA model was able to take advantage of what study authors called “substantial salary savings,” with each PA hospitalist being paid a median salary of $102,960 vs. the median internal medicine physician hospitalist salary of $253,977.

But that group also invested in a structured educational program for its PAs, including 80 hours of didactic sessions over several months and six months of supervised education at the bedside. That allowed the PAs to practice, as the authors wrote, “at the top of their license.”