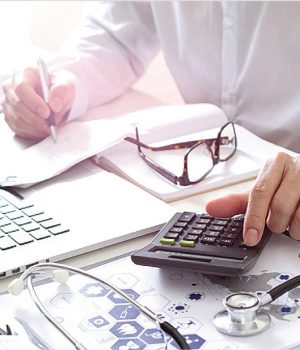 IN RESPONSE to my May Q&A, I received some comments stating that I had given a wrong answer to a question. The question: whether a hospitalist could bill for time spent evaluating a patient in the ED if the patient was ultimately discharged from the ED to home. I noted in my column that I didn’t think the hospitalist time was billable, and some readers vigorously disagreed.

In this month’s column, we’ll take a look at some ED billing scenarios. As usual, details count: In some scenarios, there are two physicians seeing a patient in the ED and each can bill for services. In others, that’s not the case, or the ED visit by the hospitalist should be bundled into an initial hospital care or observation service.

Who can bill what?
Sometimes, it’s very clear that two doctors can bill for separate services in the ED, or that only one of them should. Take, for instance, a patient who comes in with arm pain and swelling from a fall off a ladder. When the ED physician evaluates the patient, X-rays reveal a closed right forearm fracture of both the ulna and radius.

Sometimes, it’s very clear that two doctors can bill for separate services in the ED, or that only one of them should.

Because the patient is older and has had a previous fracture in the same extremity, the ED physician contacts an orthopedist to come and evaluate the patient. In the ED, the orthopedist performs that evaluation and applies a temporary splint to keep the fractures stable until the swelling goes down and a cast can be applied.

Clearly, both of these doctors can bill for services. The ED physician should bill an E/M code (ED visits, 99281-99285), while the orthopedist can bill either a visit from that same code range or an office or outpatient service code (99201-99215), depending on whether the orthopedist considers the patient new or established.

But consider another scenario: A patient contacts his outpatient internist’s office complaining of shortness of breath. The physician is at the hospital and agrees to meet the patient in the ED to evaluate his breathing.

Once the patient arrives and is registered, triaged and placed in a room, his primary care physician joins him almost immediately. That doctor evaluates the patient and orders blood work and a chest film, which shows right lower lobe pneumonia.

In this case, the ED doctor doesn’t see the patient and has performed no billable service. The primary care physician, meanwhile, can bill an ED visit (99281-99285). Or, if he or she had seen the patient before the patient registered as an ED patient, another option would be billing an established patient E/M visit instead (99212–99215).

Hospitalist scenarios
Let’s look at other cases a little closer to home: A patient comes to the ED complaining of intermittent blurred vision and a severe headache. The ED doctor evaluates the patient and orders a head CT scan and lab work.

The CT results are inconclusive and the lab results are normal. The patient received an IM injection of pain medication and is being monitored in the ED for a period of time. The patient’s headache improves but does not go away, although the patient doesn’t experience any visual blurriness while in the ED.

The ED physician feels uneasy about this patient, so he calls one of the hospitalists on duty to discuss the patient’s symptoms and test results. The hospitalist walks down to the ED and continues her talk with the ED doctor but does not see the patient face-to-face. The patient ends up being discharged home.

A discharge home
But let’s change that last scenario up just a bit. Say the hospitalist comes down, examines the patient, reviews the testing and discusses the findings with her ED colleague, but then decides the patient can be discharged home from the ED, rather than being placed in observation or admitted. What can the hospitalist bill?

In this situation, she can bill an ED visit (99281– 99285) or an E/M visit, but not a discharge code. She would also have to provide documentation that would clearly support the need to re-perform the history, exam and medical decision-making elements. Otherwise, the medical necessity of this second visit could be called into question.