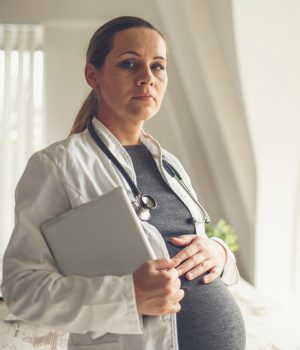 GIVEN HOW MANY women physicians now work in hospital medicine, groups should have already worked out policies and practices to facilitate smooth transitions to and from parental leave.

But that’s not the case, according to a piece written on leadership and professional development titled “Getting back to work: A guide to supporting colleagues before and after parental leave.” Published in the May issue of the Journal of Hospital Medicine, the article notes that “the peri-maternity leave period is a crucial turning point when some physicians who have recently given birth may consider leaving the workforce.”

The authors lay out a blueprint for a structured approach to parental leave to allow mothers—with help from their group leaders and colleagues—to prepare to take leave, take that time off, and then come back without seeing their careers take a big hit or struggling as a working parent. 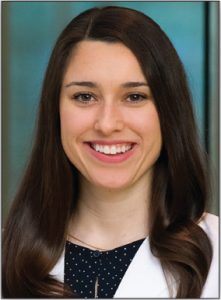 Recommendations include formally identifying proxies before leave who can temporarily take over projects; that’s an opportunity to elevate junior colleagues. The authors also call for scheduling a debriefing and handoff with those proxies post-leave and for having leaders check in with new parents toward the end of their scheduled leave to see if they need more time off or other resources.

We asked lead author Lanna Felde, MD, MPH, a hospitalist at Dallas’ University of Texas Southwestern Medical Center, about the feedback she’s received on the piece. Is she hearing that parents taking leave have been able to rely on such resources?

Unfortunately, she is not. “I have heard from many women who had less-than-ideal post-partum experiences and who feel that a more structured approach is needed,” Dr. Felde says. Problems include a general lack of support from program leadership and inadequate time or space for breast-milk pumping. “Many women lamented feeling that it took years to return to their pre-leave career trajectory, while some even said they never returned to it.”

Do you know of groups that are doing this right and, if so, what are they doing?
I have heard of a few groups that have helped women in the post-partum period. Some reduce census slightly for women who are providing breast milk because pumping can add several hours to those physicians’ workday. Other groups give women shorter shifts in their first month back after leave, knowing that those first few weeks as a working parent can be especially challenging.

I’ve also heard about outpatient groups that schedule pumping time into women physicians’ clinic day. But such forward-thinking groups seem to be few and far between.

I know that leading any group or organization is difficult. But supportive policies are a good strategy to retain talented female employees and avoid high turnover costs. And over time, happy and healthy employees are more productive and more loyal.

Medicine has traditionally been unforgiving about mental and emotional health issues, and I understand that some women coming back from leave downplay any emotional issues they may have. Has the pandemic and the focus on burnout helped change that?
The pandemic has certainly increased the conversation around mental health issues, which may benefit post-partum mothers. However, multiple studies have shown that the pandemic also created an increased burden of domestic duties and childcare needs, which women have disproportionately shouldered.

Couple that with the loss of hospitalists’ social structure because of cancelled conferences and nonexistent social events during the pandemic, and you have a recipe for ongoing post-partum depression and post-partum blues. Leaders can help by offering a semi-formal check-in as the parental leave period comes to an end to give doctors on leave a chance to ask for extra support, if needed.

In your JHM write-up, you say that group members often try to help a pregnant colleague “by taking work off her plate during pregnancy”—a practice that contributes to slowing down women’s career development. What else are group members or leaders doing around pregnancy and leave that may not work?
Another well-intentioned but unhelpful assumption is completely cutting off any communication between the post-partum physician and her coworkers during the entire leave. Yes, it is important to honor the new parent’s privacy. But it is also important to keep her in the loop about her projects and roles to help make her transition back to work easier.

If, for example, an important e-mail chain could affect the direction of one of her projects, the physician would probably appreciate being copied. Pre-leave, physicians should create an action plan that includes when to check in with proxies and discuss important updates. This can help prevent doctors from feeling lost and overwhelmed during their first few weeks back, which is already a stressful and vulnerable time.

Another well-intentioned policy that ultimately hurts women is the assumption that they should take more parental leave than men and adoptive parents. Instead, it would help women if men and adoptive parents took more parental leave. Everyone taking the same amount of leave would help create an even playing field where women, in their reproductive years, would not be at a disadvantage in their employer’s eyes compared to their male counterparts.