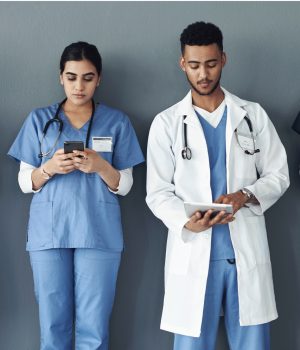 NO ONE IN HOSPITALS wants pagers to make a comeback. But how happy are hospitalists and nurses with the secure clinical texting systems they’ve adopted instead? According to a recent study, those texting systems have ushered in much easier access to communication—as well as a lot of questions and disagreements.

How many texts, for instance, are too many? Should providers use clinical texts for nonurgent FYI notifications and thank-yous, or do those just waste hospitalists’ time? And when is it OK in clinical texts to use emojis, if ever?

What, in other words, are best practices around clinical texting and who gets to decide what the ground rules should be? “Those are really the key questions,” says lead author Joy L. Lee, PhD, MS, a research scientist with the Regenstreif Institute in Indianapolis and an assistant professor of medicine at Indiana University School of Medicine. “But the answers vary from hospital to hospital and even from department to department.”

Big benefits—and dissatisfiers
As Dr. Lee and her research team point out in a writeup published this year in Applied Clinical Informatics, IU Health University Hospital introduced the Diagnotes clinical texting system to hospitalists in July 2018 and to the nursing staff in some units one year later. (It has since been rolled out hospital-wide.)

“A lot of the ground rules come down to individual negotiations.” 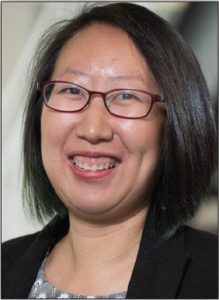 A few months after nurses started using the texting platform, Dr. Lee and her fellow researchers held focus groups with a total of 21 hospitalists (MDs, NPs and PAs), as well as individual interviews with eight nurses, all of whom had been using the Diagnotes system. Although everyone was happy to have switched away from pagers, the hospitalists in the focus groups spent more time discussing the dissatifiers with clinical texting than the benefits.

While the nurses made clear that they carefully considered which messages they should or shouldn’t send, many hospitalists complained that they received too many. Other hospitalists pointed to a lack of shared understanding over when texts should be sent and which topics warranted texting.

But while differences of opinion surfaced between hospitalists and nurses, “the hospitalists reached no consensus among themselves” as to how frequent texts should be or what content was appropriate, Dr. Lee points out. While some felt they received too many, resulting in unsafe interruptions, others disagreed. While some believed texts with thank-yous and nonurgent notifications—which neither they nor nurses would have conveyed via pager—had no place in clinical messaging, other hospitalists were glad to be reminded when clinical tasks were completed.

And while some chafed at receiving texts with emojis, others didn’t mind, and some physicians admitted to even using them themselves. Emojis, they claimed, efficiently convey information and context and add, according to one comment made during a focus group, “another layer of personal interaction.”

Personal preferences
Given such a range of opinions, what’s the best way forward? As Dr. Lee points out, professional societies aren’t much help, issuing only “a trickle” of guidelines governing clinical text messaging and their best practices.

HOW ARE YOU connecting? Hospitalists weigh in on communication options.

But “that’s to be expected,” she adds. “The quality and utility of electronic communications in a hospital are tremendously complex.” Even within hospitals, she notes, providers’ needs around communications and messaging vary widely. Consider, she says, the texting needs and priorities of hospitalists who work days vs. those who work only nights.

“They have completely different experiences,” she says. “So they’ll have different communication preferences as well.”

Training clinical staff on texting systems should always include the essential information that should be part of any text. During the focus groups conducted for the study, for instance, some hospitalists complained that they received text messages from nurses that didn’t include patients’ names or a callback number. And some administrators have set up very basic ground rules, Dr. Lee explains, with department chiefs designating 8 a.m. to 10 a.m. as “quiet time” when only very urgent texts should be sent. Platform developers and IT departments can also help, allowing users to choose among several urgency levels for texts and to personalize what individual users want to receive in terms of notifications.

In addition, “texting platforms are evolving with messaging capabilities,” Dr. Lee points out, offering texting channels to specific provider groups. “Text channels tend to be organized around a unit or process,” with channel names like “SICU huddle” or “NICU resident team,” for instance.

But in terms of frequency and content, “every hospital has implementation challenges,” she says, and team members will need to work together to avoid what her study calls “mismatched expectations.”

“A lot of the ground rules,” says Dr. Lee, that hospitalists and nurses set up around clinical texting will “come down to individual negotiations and preferences, as well as interpersonal relationships.”

Published in the September/October 2022 issue of Today’s Hospitalist