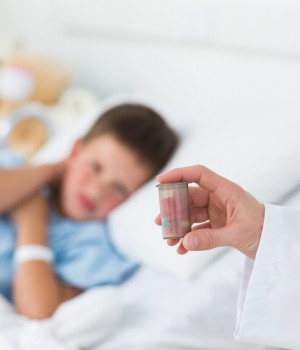 Published in the February 2016 issue of Today’s Hospitalist

WHEN PHYSICIANS at University of Utah Health Care suspected that their colleagues were overprescribing broad-spectrum antibiotics for cellulitis, they devised a straightforward solution: inserting an evidence-based care pathway into the hospital’s EHR. The order set was voluntary, and it ended up being used by not quite half of the physicians who were part of a subsequent study. But it significantly reduced broad-spectrum antibiotic use, defined as vancomycin, piperacillin/tazobactam or carbapenems. The research, which appeared in the December issue of the Journal of Hospital Medicine, found that introducing the pathway. was associated with a 59% decrease in the odds of ordering broad-spectrum antibiotics as well as reduced pharmacy and total facility costs, and a trend toward lower length of stay. There was no difference in 30-day readmissions.

“The goal was to make it easy to select cefazolin if it was medically appropriate.”

The researchers also uncovered findings about their colleagues’ approach to cellulitis. Differences emerged, for instance, in who used the order set based on the type of unit in the hospital.

Getting physicians on board
Why did researchers at the University of Utah, a 500- bed academic center in Salt Lake City, choose to focus on cellulitis care? Peter M. Yarbrough, MD, an assistant professor of medicine there and a hospitalist at the Salt Lake City VA, says the hospitalists were particularly interested because they treat so many cellulitis patients—and they were concerned that broad-spectrum antibiotics were being overused.

“Most of these patients are admitted to the hospitalist service or seen in the emergency department,” Dr. Yarbrough explains. “Our hospitalist group wants to standardize practice and look at quality of care.”

When researchers compared their approach to cellulitis to that of several top-performing hospitals, they found opportunities for improvement. The hospital had a cellulitis order set in place, but it hadn’t been updated for a while and it was not routinely used.

As Dr. Yarbrough points out, cellulitis turned out to be an excellent candidate for a quality improvement project because it targeted three physician groups: hospitalists, ED doctors and ID physicians. Cellulitis is near and dear to all three specialties, he notes, making it relatively easy to get physicians on board. “We didn’t have to sell this to groups that were not already interested in improving cellulitis care.”

The biggest way the pathway changed physician behavior was to guide their choice of antibiotics. The order set gives physicians a few key sentences about recommended therapies for purulent and nonpurulent cellulitis, emphasizing that because nonpurulent cellulitis is unlikely to be MRSA, it doesn’t require vancomycin.

The pathway also tried to reduce the inappropriate use of other resources. While most EHR systems allow physicians to easily order chest X-rays, telemetry and electrocardiograms, the new order set forces physicians to take extra steps to choose those services. “By removing those things,” he notes, “you can reduce their utilization.”

Observation use vs. on the wards
Dr. Yarbrough suspects that the reduction in broad-spectrum antibiotics would have been even more pronounced if order-set use had been mandatory. When the order set was used, broad-spectrum antibiotics were given to 49% of patients vs. 78% before the pathway was implemented. Use of the pathway was also associated with a 13% decrease in clinical length of stay and a 23% decrease in pharmacy costs.

Since the study was completed, the hospital has switched to a new EHR system—and while the order set is still in use, it is still voluntary. Dr. Yarbrough says it may be possible to make the pathway mandatory in the new EHR, but no decision has yet been made.

The study also uncovered differences related to who did and didn’t use the order set. While 90% of physicians in the ED observation unit used it, that was the case for only 31% of doctors on the wards for admitted patients. As a result, the order set had the biggest effect on observation patients.

That finding, Dr. Yarbrough notes, didn’t come as a complete surprise. Admitted patients are typically so sick that giving them broad-spectrum antibiotics can be an easy call. If patients are in observation, by comparison, their symptoms—and diagnosis—are frequently more straightforward, so physicians may be more likely to turn to a pathway for help.

As for underprescribing, Dr. Yarbrough took comfort in previous studies. An earlier study at UCLA that examined a similar quality improvement effort found few problems with undertreatment, and Dr. Yarbrough’s colleagues kept a close eye on length of stay and readmission numbers. Those would probably have spiked up if cellulitis patients were being undertreated.

To make sure that cellulitis wasn’t being overtreated even with the order set in place, researchers had a hospitalist audit cellulitis patients who received broad-spectrum antibiotics. That process provided some good news.

“The idea was that maybe we could catch patients receiving broad-spectrum antibiotics unnecessarily and contact their physician,” Dr. Yarbrough says. “But in almost all cases, it was pretty reasonable to use those antibiotics, either because of illness severity or the infection site.”

While the pathway seems to have reduced inappropriate antibiotic use, Dr. Yarbrough says the hospital plans to update the order set regularly. That’s because the evidence and guidelines on MRSA are changing so quickly.

He notes that a study of cellulitis care published in 2011 followed a guideline that recommended vancomycin for empirical therapy. “That’s not very long ago,” he points out.

“We’re learning more about MRSA and how it presents, and it turns out that nonpurulent is unlikely to be MRSA,” he adds. “The literature and the practice are changing so quickly and for most places, that presents an opportunity to reduce broad-spectrum antibiotic use for cellulitis.”
Edward Doyle is Editor of Today’s Hospitalist.