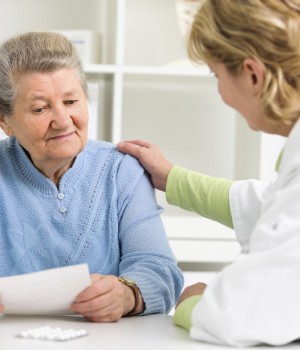 IT’S A CONDITION associated with high morbidity and mortality, but it is missed at least 65% of the time. Ironically, many cases are preventable and, if caught early, can be turned around before patients experience serious damage. It’s delirium “the “D” word to some “and it doesn’t get the attention it deserves in the hospital, despite growing attention from quality experts.

Research indicates that delirium is often missed because screening either doesn’t occur or isn’t conducted properly. Why? Studies suggest that the most used screening tool, the Confusion Assessment Method (CAM), is time-consuming, and it requires training and the use of an additional assessment tool.

Now, a study published online in September by the Journal of Hospital Medicine has found that using two brief questions from the more extensive, three-dimensional CAM (3D-CAM), instead of the entire 20-item 3D-CAM test, can pick up the vast majority of delirium. Led by Donna Fick, PhD, RN, of Penn State University in University Park Pa., the researchers identified two items “”What is the day of the week?” and “Can you recite the months of the year backwards?” “that, when used together, delivered a 93% sensitivity rate in detecting delirium. This ultrabrief test can be conducted in about 30 seconds, not the three minutes it can take to conduct the 3D-CAM or the more than 10 minutes it takes to use the CAM or other tools.

“”In acute settings, brain status should be a vital sign.”

“That’s the big advantage of this two-item screen,” says Dr. Fick, professor of nursing in the Penn State College of Nursing & Medicine and co-director of the Hartford Center of Geriatric Nursing. “If it’s positive, it can be followed up with the CAM or 3D-CAM, potentially saving a lot of time and resources on patients whose findings were negative.”

Dr. Fick notes that the test had high sensitivity, even in patients with dementia. The drawback, she points out, is that the specificity of the ultrabrief test was only 64%, compared to 94% for the 3D-CAM. But as far as she is concerned, sensitivity and simplicity trump specificity.

“You’re better off being wrong and not missing a delirium, because delirium is reversible and the mortality and morbidity are so high,” she says. “And you don’t want to have a patient labeled with dementia when it’s actually a delirium.”

Evaluation tradeoffs
The study included 201 patients age 75 and older at Boston’s Beth Israel Deaconess Medical Center. Participants “28% of whom had baseline dementia “underwent a comprehensive physical, cognitive and psychological assessment, including the 3D-CAM.

Researchers wanted to determine the best single question and pair of questions for predicting delirium, evaluating 20 different items for potential inclusion. The day-of-the-week question had a sensitivity of 71% and a 92% specificity, while the months-backward had 83% sensitivity and 69% specificity.

Researchers found that other single-item screens that were evaluated, including naming the year and asking patients whether they felt confused during the previous day, had low predictive value. A third single item “asking patients to repeat four digits backwards ” also ranked well in sensitivity, but had a specificity of only 52%.

Response to the study has been somewhat mixed. Some observers have pointed to the ultrabrief test’s less-than-optimal specificity and its potential for both false negatives and positives as drawbacks. But others have suggested that any test that boosts screening and reduces caregiver burden is a move in the right direction.

While study results need further validation, Dr. Fick believes that clinicians should view the findings and the screen’s potential utility in the context of what is actually happening now with delirium screening.

CAM drawbacks
Dr. Fick’s own experience in earlier studies on nursing-conducted delirium screening illustrates other disadvantages to tools such as CAM: instrument complexity and inadequate training. Because of time constraints, nurses have a tough time assessing and then scaling multiple domains including attention, orientation and mental status.

“Nurses were pretty much willing to do the CAM, and most seemed to understand it,” Dr. Fick says. “But it was difficult for them to go from the bedside back to the workstation and answer: Is it an acute change, and is there inattention present?”

Some nurses, she notes, aren’t clear on the distinctions among such domains as orientation and mental status. “This is not black and white like fall-risk assessment.” Another problem: A lot of delirium screens now “are being thrown into EHRs” without regard for whether those “charged with performing them” can do so competently and appropriately.

“Even if nurses go back and check all the boxes on the CAM, do they have the time and training to do it correctly?” Dr. Fick asks. “That’s an issue that needs to be addressed.”

Sharing responsibility for detection
Regardless of the tool used, delirium screening clearly has major implications for hospitalists when the condition is missed, and hospitalists need to play a big role in both the screening process and the protocol. According to Dr. Fick, physicians are frequently missing the opportunity to improve detection, treatment and outcomes.

Some studies have pointed out the “ambiguity regarding who’s responsible for delirium screening,” she says. “But there are also things that hospitalists can do to improve detection.”

For instance, doctors need to figure out who should be screened, based on their typical patient population, and make sure they’re up to speed on delirium risk factors in the hospital, beyond old age and a history of the condition. Instead, when hospitalists are admitting patients, they should consider multiple comorbidities and medications, including psychoactive medications, as well as sensory impairment and depression.

“Hospitalists can help establish a baseline at admission by assessing and identifying delirium risk factors,” Dr. Fick says. That baseline can facilitate appropriate screening down the line. “Physicians can also take responsibility for avoiding medications that are known to cause or worsen delirium.”

Hospitalists should also see delirium as something critical they need to detect, not a condition that’s often overlooked or even ignored. “In acute settings,” she says, “brain status should be a vital sign, and hospitalists should consider it the way that they do blood pressure.”

And even if the ultrabrief screen “isn’t perfect,” Dr. Fick believes the approach is worth pursuing, given hospitals’ relatively poor track record in identifying a condition with such high financial and clinical costs.

“This ultrabrief test allows you to screen more people and have high sensitivity, even if the specificity isn’t great, and it works in patients with dementia,” she says. “The fact that it likely would require little training, compared to tools like the CAM, is another potential advantage.”