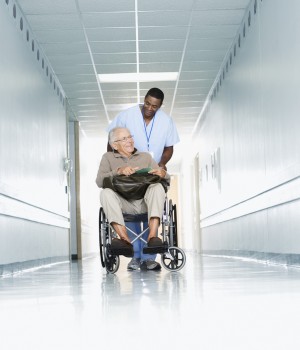 Which components of a “good discharge” help prevent your patients from being readmitted? A timely discharge summary? Well-crafted discharge instructions? Thorough medication reconciliation?

According to a recent study, the answer is none of the above. Researchers found no association between readmission rates and most of the components that are widely accepted as part of a good discharge process.

The study, which was published this spring in BMJ Quality & Safety, looked at the elements of the discharge process documented at more than 30 academic centers for patients who had and who had not been readmitted within 30 days of discharge.

Amazingly, the authors wrote, “the study failed to find an association between readmission and most components of the discharge process.” They found no link between readmission rates and medication reconciliation, transmission of a discharge summary to an outpatient physician or documented discharge instructions.

In other words, all the discharge elements that hospitalists are supposed to pay close attention to and rigorously document “completing the discharge summary and transmitting it to the outpatient physician, writing a comprehensive summary, crafting discharge instructions, making sure caregivers have those instructions, doing medication reconciliation seemed to have no effect on which patients bounced back.

The right metrics?
Those results came as something of a shock to Luke O. Hansen, MD, lead author of the study and a hospitalist at Chicago’s Northwestern University Feinberg School of Medicine.

Dr. Hansen suspects that readmissions were higher for these patients because both factors are markers of a higher severity of illness. “When I’m discharging patients I’m particularly concerned about,” he says, “I’ll go the extra mile and make sure a follow-up appointment is nailed down.”

Looking back, Dr. Hansen suspects that his team should have gone farther in risk-adjusting patients. “What might limit the validity of the study is the fact that we didn’t adequately adjust for how sick these patients were,” he says. “If we had a better sense of how sick patients were, then we might be able to see a benefit to these documented discharge elements.”

That said, the results also left Dr. Hansen wondering what the data say about the way that hospitalists discharge patients. For example, are hospitalists simply going through the motions of discharge, documenting that they’ve completed the various elements of discharge but not really doing a good job? Or are the current metrics for what constitute a good discharge not an accurate indicator of quality and need to be updated?

Dr. Hansen suspects that the yardsticks being used to measure the discharge process don’t tell the whole story. Many hospitalists, for example, now have incentives to complete a discharge summary in a timely manner. But creating a discharge summary isn’t very helpful if patients have no outpatient physician who can act on that information and follow up.

“We measured whether a discharge summary was prepared,” Dr. Hansen says, “but we have no way of measuring whether it was successfully received.”

How to measure patient understanding
Dr. Hansen says his study results also tell him that what physicians are documenting doesn’t necessarily reflect what they’re doing. While he doesn’t think hospitalists are being disingenuous in their discharge documentation, he does believe that documentation alone doesn’t give enough information. Just because a hospitalist documents completing one element in the process doesn’t necessarily mean that the physician helped patients understand the steps they need to take to keep from bouncing back.

Medication reconciliation is a good example. The Joint Commission now mandates that hospitalists document that medication reconciliation was done on discharge. However, the presence of that documentation doesn’t provide any meaningful way to gauge whether patients received the level of education they need to avoid the adverse drug events that are often behind readmissions.

Instead of documentation mandates, hospitalists need “some sort of practical assessment that patients understand the expected effects and side effects of the medications they’re being prescribed,” Dr. Hansen says. That process would entail “some sort of screening to assess the ability of the patient to manage his or her own medications.”

At Northwestern, hospitalists are piloting just such a project. They’re using hospital pharmacists at the bedside to work with patients to make sure they not only understand their medications and what those drugs are supposed to do, but can self-administer their own drugs.

“If patients can’t do that, then we figure out the surrogate who can help them do that successfully,” Dr. Hansen says.

What patients need
In an effort to rein in readmissions, hospitalists often mistakenly believe that all the hoops they go through at discharge and the information they gather somehow protect patients. But Dr. Hansen says the results of his study show that discharge processes need to be redesigned so they not only have a bigger impact on patient comprehension, but end up being simpler.

“Discharge instructions are often used as a surrogate for communicating with another physician,” Dr. Hansen explains. “But the things that patients really need to understand are part of a much shorter list.”
That list includes why patients were in the hospital in the first place, what medicines they’re supposed to take and when they’re supposed to take them, where to follow up, and who to contact if they start having distressing symptoms.

“If you focus on those things,” Dr. Hansen says, “patients may end up with a better understanding of what’s changing and why and what the potential or expected effects of those changes may be.”

Ultimately, Dr. Hansen says, he’d like to see hospitalists documenting processes that really work, not just responding to documentation mandates that may not have clinical value.

“We need to change what’s required for documentation, or we need to not require that it be documented,” Dr. Hansen charges. “If we’re not getting anything back in terms of patient health and improved patient behavior, then I don’t think we should invest the time in doing it.”