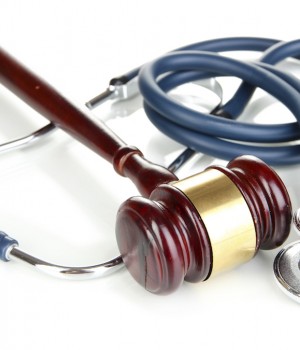 IT’S NO SECRET that key information often goes missing during the hundreds – if not thousands – of handoffs that occur in any given hospital on any given day. It’s also no secret that many hospitalists believe they often receive less than stellar handoffs from their colleagues in the ED, who are strapped for time and bent on moving patients through their department.

But in the following case, missed opportunities around handoffs, as well as miscommunication, produced fatal results. Here are the facts of the case.

Focus on malpractice. A September 2021 article highlights why Malpractice claims are holding steady. How to reduce your malpractice risk: Honest mistakes that can get you sued.

CASE
A 37-year-old female presented at 9:11 p.m. to the emergency department complaining of nausea, vomiting, and numbness of the left side of her face and left arm. She also had anxiety, difficulty swallowing, fever, chills, severe intermittent abdominal cramps and abrupt onset of chest pain for a few hours prior to admission. The patient, who was five feet four inches and weighed 192 pounds, had a blood pressure of 190/120.

In handoffs, not all information about a patient is equal.

She reported a history of hypertension but stated that she had stopped taking her blood pressure medication approximately six months before, due to financial problems. The emergency physician who examined her ordered a complete blood count, chemistry profile, cardiac enzymes and an electrocardiogram.

The patient received Vistaril and Phenergan, which improved her nausea somewhat. Cardiac enzymes were within normal limits, white blood count was 12,700, blood urea nitrogen was 27 and creatinine was 2.6. The ECG (read by the computer) showed sinus bradycardia, left ventricular hypertrophy, and nonspecific ST and T wave abnormality.

The ED physician diagnosed dehydration and renal failure and contacted the onsite hospitalist for admission. But what was communicated during that handoff is in dispute.

The ED physician later testified that he told the hospitalist about the patient’s history of untreated hypertension as well as her complaint of chest pain, elevated blood pressure and lab results. The hospitalist, however, claimed she was told only that the patient was complaining of nausea and vomiting and had been diagnosed with dehydration and renal failure.

The hospitalist placed the following orders: admit the patient, obtain 24-hour urine, creatinine, and protein, and begin intravenous fluids. The hospitalist later noted that because the ED physician communicated no sense of urgency and because “the patient was admitted at night,” she planned to see the patient in the morning. Neither doctor ordered any medications to treat the patient’s hypertension.

The registered nurse assigned to the patient was fairly new and inexperienced. The patient’s blood pressure was 180/100 upon admission to the floor. At 1 a.m., the patient’s skin was pale, and while she didn’t complain of chest pain, she rated her back pain as “4 out of 10.” The patient thought it was due to lying on the emergency room cot for several hours.

The nurse called the hospitalist at 1:30 a.m. and obtained an order for Tylenol for the back pain, giving it to the patient at 2 a.m. The patient’s blood pressure at that time was recorded as 190/100. At 3:10 a.m., the nurse again called the hospitalist to report that the patient continued to complain of back pain “4 out of 10” and nausea. There is no note to indicate that the nurse reported the elevated blood pressure.

(The nurse later stated that because the blood pressure was unchanged from when the patient was admitted in the emergency department, she did not consider reporting it. She understood that the hospitalist was already aware that it was elevated. The hospitalist stated she was not aware of the elevated blood pressure and, if she had been notified, would have come to see the patient and order additional testing.) The doctor ordered Percocet and Compazine, with the Percocet being given at 3:15 a.m.

The nurse also recorded that the patient complained of mid-back pain at 3:20 a.m. At 4 a.m., the licensed practical nurse working under the registered nurse was unable to obtain a blood pressure reading using a conventional cuff. She switched to a blood pressure machine, which recorded the pressure as 212/162 and was reported to the RN.

The RN in turn reported the elevated blood pressure to the nursing supervisor, which was hospital policy. The supervisor later stated that she thought the nurse reported the pressure as 212/106; when she asked if the patient was symptomatic, she was told “no.” The supervisor testified that she then decided not to call the doctor, nor did she direct the RN to call the doctor because the patient’s blood pressure was not significantly different, or so she thought, from the reading taken in the ED.

While taking another patient to surgery at 6:55 a.m., however, the nurse passed the patient’s door and noted the patient lying on the floor. Her color was dusky and she was unresponsive. A code was called and resuscitation attempted but was unsuccessful. The patient was pronounced dead at 7:21 a.m.

The autopsy listed the cause of death as cardiac tamponade caused by acute aortic dissection that had been developing over “hours.” The autopsy also noted that the aortic dissection was caused by “years of hypertensive cardiovascular disease” and that the heart was enlarged (it weighed 550 gm). The dissection extended from the root of the aorta to the iliac arteries ” the full length of the aorta. Also noted were left ventricular concentric hypertrophy and arterionephrosclerosis.

Allegations
The claimant alleged that both the ED physician and the hospitalist had failed to diagnose the aortic dissection, which delayed treatment and led to the patient’s death.

The claimant further alleged that both physicians should have been alerted to the possibility of aortic dissection because of the classic signs and symptoms, including history of hypertension, obesity and abrupt onset of pain. The patient should have been tested with both chest X-ray and chest CT, treated with antihypertensives and transferred to a tertiary care center.

The plaintiffs also alleged that the miscommunication between the registered nurse and her nursing supervisor on the reported elevated blood pressure ” as well as the repeated failure on the RN’s part to call the hospitalist and report the elevated blood pressure readings and continued complaints of back pain and nausea “led to a delay in diagnosis by the hospitalist and to the patient’s death.

Plaintiff’s case
The plaintiff produced a highly qualified cardiologist who stated that the patient had the classic presentation of aortic dissection. In his opinion, both the ED physician and hospitalist failed to appreciate those signs and symptoms and should have included aortic dissection in their differential diagnoses.

The failure to order a chest X-ray or chest CT to rule out aortic dissection was below the standard of care, he noted. He further stated that treatment with beta-blockers and anti-hypertensive medications would have significantly delayed the rupture, giving time for the patient to be transferred and surgery completed. The failure to order these medications, he noted, was also below the standard of care.

Defense’s case
The emergency physician expert retained by the defense noted that the patient made no complaint of chest pain radiating to the back while in the ED and had no hypotension. She therefore thought that it was reasonable to exclude aortic dissection from the differential diagnoses.

She also gave the opinion that because the patient had been hypertensive “for a while,” there was no need to immediately lower the patient’s blood pressure with anti-hypertensives. She further noted that the extent of the dissection was so large that the patient would not have survived surgery.

A cardiothoracic surgeon stated that there was no proof that treating with anti-hypertensive medications would have averted the rupture “and that those medications could have led to a stroke if the patient’s blood pressure was lowered too quickly.

He further believed the dissection could not have been surgically repaired and that the patient would have expired no matter what treatment she received or when it was given.

A nursing expert stated that it was the physician’s responsibility to ask the nurses for additional information when the nurse reported the patient’s complaint of back pain. As a result, the expert claimed that the nurse’s failure to report the increased blood pressure was within the standard of care.

What went wrong
Terrible lapses in communication “or in understanding what was being communicated “among various providers were the major factors in this case.

The emergency physician and hospitalist gave widely divergent accounts of what was communicated during their handoff. Experts point out that handoffs between providers need to be structured ” whether via an electronic template, written or verbal “and consistent to standardize the information being exchanged.

In structuring a handoff protocol, experts point out that not all information about a patient is equal. Instead, providers need to stress the most important information, which in this case would have been the patient’s hypertension and labs, as well as to-do items. (Other key information to emphasize during handoffs could be anticipated patient care problems, considered diagnoses, and pending significant lab results, procedures, or consultations.)

Handoff experts also encourage active listening on the part of doctors receiving the handoff. That involves taking notes and asking questions. And good handoffs, experts say, include readback or teachback: repeating key information back and forth. Readback between the hospitalist and the ED physician should have clarified the urgency of the patient’s condition. And readback between the nursing supervisor and the RN should have revealed the correct elevated blood pressure reading, which would have led to the hospitalist being called.

There’s also the fact that the elevated reading went up the chain of command, but then stopped. Patient safety experts say that clinicians always need to advocate for patients, which can put doctors and nurses in a tough spot. The RN in this case communicated with her supervisor, as per hospital policy, but nothing was done for the patient. When something seems wrong, experts say, don’t stop at the next level of supervision. Instead, make sure the concern is addressed.

Published in the May 2012 issue of Today’s Hospitalist