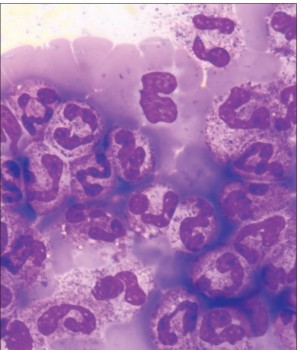 Turning around patients who present to the ED with severe sepsis – or develop the condition in-house – is no small feat, especially when patients have major comorbidities. And as hospitalists know all too well, even when these patients receive aggressive therapy for sepsis, they can still deteriorate and experience organ failure.

While sepsis represents a clear threat to patients, it’s also a major issue for hospitals and health care. Mortality from sepsis approaches 45% in some studies, and an estimated 750,000 cases of sepsis are logged in the U.S. each year.

In an effort to improve those statistics, a consortium of nine San Francisco-area hospitals decided to pilot an initiative designed to reduce sepsis mortality. The initiative included many tried-and-true strategies to detect and treat sepsis, but with a twist. By giving nurses a much bigger role in early detection, the hospitals were able to lower death rates due to sepsis by 45.3% during a two-year period.

Smarts in numbers
Banding together, the hospitals adopted the Integrated Nurse Leadership Program (INLP), which features nurse-driven interventions developed by the University of California, San Francisco.

All the interventions were recommended by sepsis guru Emanuel Rivers, MD, MPH, who published a landmark study in the Nov. 8, 2001, New England Journal of Medicine. The Bay Area hospital consortium also factored in sepsis protocols from organizations like the Institute for Healthcare Improvement and the international Surviving Sepsis Campaign.

But the program incorporates more than best practices when it comes to detection and treatment, giving nurses a critical role.

Take the multidisciplinary teams that are at the core of the program. While those teams include physicians, pharmacy and lab personnel, nurses dominate, at least in terms of numbers. Of the 260 individuals on the teams at all nine hospitals combined, for example, nearly 200 are front-line nurses.

Julie Kliger, MPA, a consultant brought in to direct UCSF’s nurse leadership initiative, led the program across all the hospitals. She notes that most hospitals haven’t done a good job of targeting those frontline clinicians who spend the most time at bedside “the nurses.

“This is team-based and nurse-driven, and that’s a big piece of this success story,” Ms. Kliger says. “All these hospitals had worked on reducing sepsis mortality in the past and hadn’t been very successful long term. The whole notion of role definitions has to be redrawn to find success.”

Autonomy for nurses
What’s also novel is that the initiative takes a “pre-intervention” approach to sepsis detection. ED nurses screen all adult patients thoroughly for signs of sepsis and initiate the fast-track workup and initial treatment “within an hour or two of arriving in the ED, instead of eight or more “for patients who screen positive. (Screening also continues throughout the hospital, Ms. Kliger points out, on all the medical/surgical floors and ICUs, on every shift.)

Having ED nurses take an expanded set of vital signs and history for all adult medical patients is key, Ms. Kliger explains. “It’s the patient who’s got a wound from a knife cut in the kitchen and isn’t healing, and maybe feeling a little crummy,” she says.

Nurses look for classic signs of sepsis: a possible history of infection, slightly elevated temperature, low blood pressure and slight shortness of breath. “It’s looking with that set of eyeballs,” Ms. Kliger says. “Could this patient be coming to us for one reason, but what’s driving the crumminess is sepsis?”

Most participating hospitals eventually decided to have nurses, not physicians, order the serum lactate test ” the results of which can be key in making a sepsis diagnosis. Giving nurses that autonomy was no small feat, Ms. Kliger recalls.

Some physicians welcomed the idea of handing off responsibility for ordering a simple, essentially benign test, if it moved things along. Others bristled at the notion or questioned the diagnostic value of the lactate. Among nurses, some jumped at the opportunity to be proactive, while others were uncomfortable taking on an expanded role.

Ms. Kliger says that the debate over who would take responsibility was important because it clarified who would do what. “We have to ensure that the test is done reliably every time,” she explains. “You can’t have physician A say to nurse A, ‘Only order a lactate if I’m not available,’ and physician B saying, ‘I don’t want you ordering the lactate any time.’ ”

Reducing sepsis mortality
When Contra Costa Regional Medical Center, a 164-bed county hospital in Martinez, Calif., transferred responsibility for ordering a serum lactate from its ED physicians to nurses, ordering compliance went to 90%. Before, the test was ordered only half the time.

“We definitely caught a few cases of severe sepsis that wouldn’t have been caught if the physician had been in charge of ordering the lactic acid,” says Neil Jayasekera, MD, a family medicine physician at Contra Costa who works in the ED and the ICU. “When you think about it, the nurse at that point has usually seen the patient and the doctor hasn’t, so the nurses are more vested.”

“Sepsis is a chief cause of mortality in our hospital,” Dr. Jayasekera adds. “Between 30% and 40% of our ICU mortality is due to sepsis-related conditions. The fact that we were able to reduce mortality this much is amazing.”

At El Camino Hospital in Mountain View, Calif., ED nurses screen all patients for sepsis but also order the lactate for patients who screen positive and start IV fluids and administer oxygen.

Hospital-wide, nurses now screen all patients on every shift and on all medical-surgical, telemetry and progressive/critical care units, says Kelly Nguyen, RN, an educator and the initiative’s team leader at El Camino Hospital. And if there’s a positive screen in-house, a rapid-response “flex” nurse sends out a sepsis alert to the critical care unit charge nurse, the lab and the hospital supervisor. That sets the standardized protocol in motion quickly.

Negotiations and challenges
To achieve those results, participating hospitals had to navigate numerous roadblocks. Getting tests performed and treatment started right away “tantamount to putting the workup on steroids “was a logistical nightmare for some hospitals.

“Within an hour of a positive sepsis screen or with a patient who is hypotensive or has an elevated lactic acid, we have to draw blood cultures, give between one and two liters of normal saline IV, initiate appropriate antibiotics, and consider placement of a central line,” Dr. Jayasekera explains. “That’s a lot going on in one hour in a very, very busy emergency department.”

“Our ER doctors like this because they’re often wondering which antibiotic to give,” Dr. Jayasekera says. “This also works as a trigger to get emergency physicians to look at the sepsis protocol earlier.”

Some ED physicians wanted to hand off central-line placement and vasopressor initiation to the hospitalists to save time in an already resource-strapped ED. But with the intensive hydration and lab requirements, orchestrating the handoff “deciding who gets which results and where the patient will be housed “was problematic.

At Contra Costa, Dr. Jayasekera explains, when physicians make a diagnosis of severe sepsis in the ED, “we page the hospitalist on call and get him or her involved in care as soon as possible. The moment there is an ICU bed available, we transfer the patient from the ED to the ICU and the hospitalist takes over the care.”

El Camino Hospital eventually added another element to the protocol: a critical care consult soon after admission, instead of hours or even a day later, regardless of the presumed sepsis source.

A new comfort zone
Ensuring physicians and nurses were on board philosophically was tough during protocol development and post implementation.

Aggressive fluid hydration required a major culture shift. “Right off the bat,” says Benjamin Chang, MD, a hospitalist at El Camino Hospital, “throwing two liters of saline into somebody was definitely not the culture among the ER doctors.”

If elderly patients presented with pneumonia and sepsis, for example, physicians were concerned that patients would end up with more fluid in their lungs or, worse, in heart failure.

Dr. Chang notes that research generally supports aggressive infusion. “Still, it takes doing it multiple times to see that, hey, that worked out,” Dr. Chang says. “I’ve seen doctors infuse five to seven liters in the first eight hours and, amazingly, these elderly folks tolerate it. They get edematous, but that can be fixed later.”

While patients are the primary beneficiaries of early sepsis detection and treatment, hospitalists aren’t far behind, he adds.

“You head some things off at the pass when you’re really aggressive up-front. One selfish benefit for us is that patients are less likely to crash when they get upstairs,” says Dr. Chang. “This is probably anecdotal but five years ago before we implemented our sepsis protocol, there were definitely more episodes of patients getting to the floor and having to go to the ICU eight hours later.”