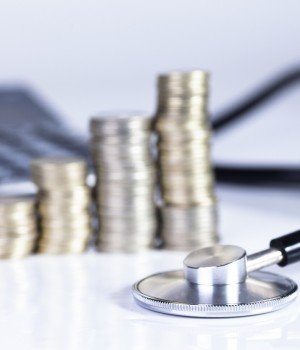 Published in the February 2011 issue of Today’s Hospitalist

ABOUT FIVE YEARS AGO, executives at New York’s Beth Israel Medical Center were looking for ways to increase hospital efficiency and quality. They also wanted to find out if they could save money by offering to share some of the savings with their physicians.

In 2006, the hospital launched just such an incentive program, which is commonly referred to as gainsharing, for all of its commercially insured patients. It then expanded that program in 2008 to include Medicare patients as part of a gainsharing demonstration project that had the blessing of the Centers for Medicare and Medicaid Services (CMS). That made Beth Israel one of only two hospitals in the country at the time testing the concept with Medicare patients.

Fast forward to 2011, and the hospital now has more than four years of results. Its gainsharing program “consisting of patients covered by either Medicare or private payers “has saved the hospital more than $42 million to date, $8 million of which has been paid out to participating physicians.

Data from the program’s first three years were published in the November/December issue of the Journal of Hospital Medicine (JHM). Those results turn out to be the most comprehensive data to date on gainsharing, which is significant because the model is being eyed as a potential strategy to save health care dollars.

The hospital’s private insurers are clamoring to expand gainsharing among their plans, while the CMS, as part of health care reform, has extended the hospital’s demonstration project into 2012.

And in November, CMS officials visited the hospital. “They were asking us to tell them how we’re doing it,” says I. Michael Leitman, MD, chief of general surgery and of graduate medical education and lead author of the JHM study.

How it works
Dr. Leitman admits that creating and administering the gainsharing program can be daunting. In part, that’s because the program pays bonuses based on a complicated mix of cost and quality incentives.

Beth Israel started by identifying hospital costs per case and designating as “best practice norms” those physicians who posted the lowest hospital costs for treating different conditions. (The hospital targeted only those conditions for which physicians had sufficient volume to provide adequate statistics, and each DRG was adjusted for four levels of severity.) If physicians who decided to participate in the gainsharing program spent more than that norm on individual patients going forward, they weren’t penalized. However, if they were able to spend that amount or less, they received a bonus.

To ease physicians into the project, the hospital initially paid a bonus to those doctors who improved their costs per case, even if they spent more than the best-practice cost thresholds for those patients. “We phased out that improvement incentive over three years,” Dr. Leitman points out. “Now, incentives are purely performance-based on the best practice norm in the top 25% percentile for cases in that particular DRG.”

While costs are a key part of physician incentives, so are a host of quality measures. Those include core measures for AMI, pneumonia and congestive heart failure, but also medication errors and patient complaints, readmission rates and documentation timeliness and quality, and delinquent medical records.

“What really takes time are two processes,” he explains. “One is running the quality checks on each physician, because quality data are not as automated as cost data.” The second time sump is meeting with participating physicians “to help them understand their own cost reports and opportunities to improve, and to get their ideas on what resources they need.”

Who can participate
Of physicians eligible to take part in the gainsharing program, 70% are now participating. Of physicians who decided not to participate, Dr. Leitman explains, many have relatively few patients in the hospital at any one time.

In terms of participating, only discharging physicians are eligible, which excludes specialties like anesthesiology, radiology and pathology. (“They haven’t been picketing the hospital,” Dr. Leitman jokes. “That kind of surprises me.”) The hospital also decided to not include obstetric and psychiatric admissions.

Part of the problem with incorporating hospitalists in gainsharing was figuring out how to incentivize physicians to reduce length of stay when they’re typically rewarded for more, not fewer, patient encounters. While that’s not a problem for surgeons who are paid a global fee for patient care, it’s a particular challenge for nonproceduralists like internists.

At the same time, Dr. Leitman says, the hospital realized that the hospitalists could identify services that patients needed on nights and weekends. “We have since allocated some funds” he says, “to hire technicians, social workers and therapists to reduce length of stay.”

Dr. Leitman notes that one concern that hospitalists have about gainsharing may have been borne out in the program. They worry that specialists, who are only too happy to leave admissions and discharges to hospitalists, will suddenly be more interested in admitting their own patients under gainsharing programs.

Some cardiologists and pulmonologists have been doing just that. “Specialists are more willing now to have an admission under their name,” says Dr. Leitman, “because only the discharging attending physician gets paid in the program presently.”

The source of savings
How did the hospital and participating physicians save money? The greatest cost savings, according to the JHM study, came from reduced length of stay, fewer patient days in the ICU and better management of surgical costs.

Negotiating better prices for surgical equipment was one of the hospital’s first moves, as was switching to less expensive orthopedic implants and incentivizing surgeons to be more conservative opening disposable supplies.

As for faster transfers out of the ICU, physicians now work to more quickly identify patients who can be moved to less expensive units. And to reduce overall length of stay, the hospital hired more housekeepers to turn over beds, Dr. Leitman explains, “so patients have a bed to land in earlier in the day.”

And to whittle down length of stay, some physicians beefed up their rounding schedule on weekends to facilitate more timely discharges. The hospital also carved out dollars to hire a tech to do stress echoes on the weekend, and doctors have paid more attention to what diagnostic tests can be done in an outpatient setting.

“We’ve worked to identify those patients who can have an outpatient MRI or CT scan or even arrange for home services to do diagnostic blood tests, rather than keeping patients in the hospital an extra day,” says Dr. Leitman.

Physicians were able to reduce length of stay by 9.8% after gainsharing was put into place, even though the center’s case mix index has increased over that same period. Dr. Leitman notes that the disease severity for participating physicians is increasing much more quickly than for nonparticipating physicians, and that the gap between the two groups keeps growing.

Case mix index may be increasing, he adds, because documentation and medical-record completion rates have improved among participating physicians. Gainsharing, he says, has been “a powerful motivator” in terms of getting physicians to finally pay attention to documentation.

“Before, getting doctors to document comorbid conditions was like pulling gum out of their hair,” Dr. Leitman says. “But when that starts translating to more dollars in their pocket, they begin to understand why the hospital needs that documentation.”

Physician payouts
On average, participating physicians have received just under $1,900 per quarter. Dr. Leitman notes, however, that physicians’ awareness of the program “and how they can increase their own payout “has been a work in progress.

“For the first two years, while we met with individual departments either at a general meeting or with chairs, individual physicians had no idea how the program worked,” he says. “They got a check or a report and said, ‘This is great! Thank you very much!’ without realizing that they could have gotten a lot more.”

Now, however, program administrators meet participating physicians individually in meetings that last at least 30 minutes. “Now they want to understand how to make more money and improve their financial outcomes,” he says.

As for how physicians react to the incentives, Dr. Leitman says “their responses are all over map.” Some physicians bristle when their performance precludes them from earning an additional $500; others donate their payouts to educational or departmental funds.

Still others have allowed their payouts to “purposely trickle down,” incentivizing the nurses and physician assistants they work with. (Dr. Leitman says that the hospital is trying to figure out how to expand gainsharing to include consultants and nonphysicians.)

When he discusses the program with administrators from other hospitals, Dr. Leitman says some executives are put off by how complicated such a program is to administer. According to the JHM study, participating physicians saved the hospital an average of $1,835 in costs per admission “but administrators from other hospitals keep pointing out that those aren’t actual hard dollars that they can take to the bank.

It’s tough to convince them, says Dr. Leitman, that program savings really result from “opening up a bed for your next patient or utilizing resources more effectively so you don’t need to hire an extra radiology tech.”

One potential drawback of gainsharing “that patients will worry that their care will be compromised for physician gain “hasn’t materialized.

“The CMS has required us to make a full disclosure to all our patients coming into the hospital,” Dr. Leitman says. Among the hospital’s 50,000 yearly admissions, “not one has raised a concern.”

One thing he is sure of is that gainsharing gets physicians and the hospital on the same page as far as saving money. And what he finds gratifying, regardless of individual payout amounts, is the ability to reward physicians. “To give doctors good news and a paycheck for something they take a lot of pride in,” says Dr. Leitman, “that’s something I believe in.”