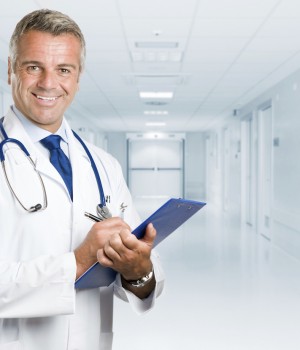 EVERYONE KNOWS that hospitalists are integral to the hospitals where they work, but just how important are they? One proxy measure is how many of a hospital’s patients they admit and follow. When we asked those questions on the 2011 Today’s Hospitalist Compensation & Career Survey, respondents told us that just over 70% of the patients in their facilities were being admitted and followed by hospitalists. While that percentage was fairly consistent across categories like employment models, some interesting differences did emerge. Here’s a look at the data.

Minor differences also emerge when the data are sorted by the type of employer hospitalists work for. Hospitalists tend to admit the highest percentage of their hospital’s patients when they work for local hospitalist groups (76%). Not surprisingly, those numbers are lowest among hospitalists working at universities/medical schools (62%) and at teaching hospitals (66%).

Effect on income
Perhaps most interestingly, hospitalists who work at hospitals where they admit and follow a higher percentage of patients tend to make significantly more money. Hospitalists earning between $100,000 and $149,000, for example, admitted just under 70% of their hospital’s patients. Hospitalists earning $300,000 or more, by comparison, admitted nearly 76%. 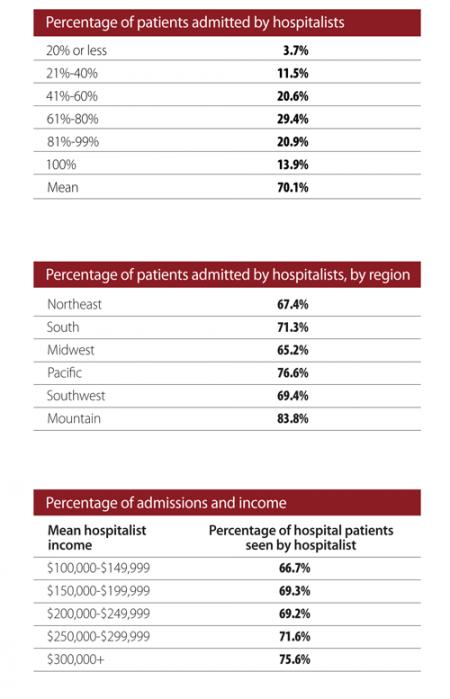 Want more data about hospitalist pay, work hours and more? Go check out our latest survey results online at the top of the page.