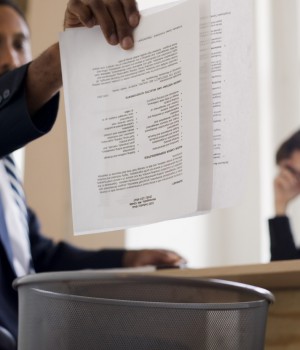 LET’S START with some baseline data. On a scale of 1 to 5, where 1 is worst and 5 is best, how do you rate your current boss? Your answer probably came quickly, a gestalt sort of thing. But now circle back. Try to write down three reasons why your boss is good, bad or somewhere in between.

The evidence
Business management seems pretty arbitrary and faddish, particularly for concrete, linear thinkers like doctors. But there is plenty of good evidence out there.

When it comes to bosses, Robert Sutton, PhD, an evidence-based management guru at Stanford University, literally wrote the book. His “Good Boss, Bad Boss: How to Be the Best and Learn from the Worst” draws on “a huge pile of academic studies … and from thousands of observations and conversations with bosses (and their colleagues).”He concluded that “there are stark differences between what superb and lousy bosses do.”

This, on a more general level, both puzzles and amuses me. Health care organizations are in the business of bringing the best medical science to the point of care. Why can’t (or don’t) they bring the best management science to frontline staff?

Maybe I’ll return to the subject is a future commentary. Until then, please visit the January 2006 issue of the Harvard Business Review, where Dr. Sutton and his colleague Jeffrey Pfeffer, explore the evidence-management gap.

Overarching goals
Back to bosses. After considering the evidence, Dr. Sutton concluded that “great bosses work relentlessly toward two general kinds of goals.” The first is performance, which he defined as “do[ing] everything possible to help people do great work.” The second is humanity, that is, “do[ing] everything possible to help people experience dignity and pride.”

Hospitalists immediately associate performance with RVUs, HCAHPS scores and quality incentive goals. But listening carefully to patients and ordering ACE inhibitors for those with heart failure are pretty basic expectations. Bad bosses can (and do!) get their teams to achieve those things, often at the expense of humanity. Good bosses know what extraordinary work looks like, and they then create the conditions for it to happen.

In hospital medicine, examples might include: calling a patient’s daughter with an update, bringing a patient’s wife a decent cup of coffee in the morning, rounding on a patient a second time in the afternoon and advising a patient against undergoing some expensive tests that won’t alter prognosis.

Similarly, humanity goes beyond a competitive salary and acceptable working conditions. Even bad bosses can deliver on those things. Good bosses make authentic connections with their direct reports, value their input and help them develop as people.

Gallup, the polling company, gets at this in its Q12 Employee Engagement Survey. Here’s a sample question: “My supervisor, or someone at work, seems to care about me as a person.” And another: “This last year, I have had opportunities at work to learn and grow.”

Let’s return to your boss for a minute. How do you rate him or her in terms of performance and humanity where, again, 1 is worst and 5 is best?

Core competencies
Dr. Sutton also identified five core competencies, or what he calls the “mindset of a great boss.” The first is “Lasorda’s Law,” named for baseball great Tommy Lasorda. It refers to finding the middle way between being an absentee boss and a micromanager.

The second is “grit,” a commitment to the long haul that involves being “dogged and patient, pressing yourself and your people ever forward.” Bad bosses, on the other hand, “look for instant cures, treat life as one emergency after another, and give up (or disappear) when the going gets tough.”

Next, good bosses focus on “small wins,” chunking out projects and tasks into a “series of small, realistic, and not overly difficult steps.” Bad bosses, in contrast, have a destination or outcome in mind but can’t seem to create a roadmap to get their team there.

Fourth, good bosses recognize that direct reports follow their every move. Bad bosses, however, fall into what Dr. Sutton calls the “toxic tandem”: They “rarely (if ever) think about how the little things [they] do and say will be magnified in [their] followers’ minds.”

Finally, good bosses have “got their backs”: They secure the resources their team needs, protect employees “from idiocy on high,” and take responsibility for mess-ups and disappointments. Bad bosses are afraid to push back against administration and throw direct reports under the proverbial bus.

These competencies are such common sense that it’s astonishing that studies were needed to prove them. But, then again, Dr. Sutton’s earlier book, “The No Assholes Rule: Building a Civilized Workplace and Surviving One That Isn’t,” catapulted him to fame precisely because businesses often lack common sense “and, apparently, basic civility.

Here’s your last opportunity. On a scale of 1 to 5, where 1 is worst and 5 is best, how does your boss rate in the above five core competencies?

The payoff
Business management books are generally light on case studies from medicine, and “Good Boss, Bad Boss” is no exception. Do principles that work in other industries also work with doctors?

A study published in the April 2015 issue of Mayo Clinic Proceedings suggests that the answer is “yes.” Tait Shanafelt, MD, and colleagues surveyed nearly 4,000 employed physicians about their supervisors, the majority of whom were also physicians. The survey consisted of 12 questions about their one-up’s leadership qualities. (See “Burning out? Do you need a new boss?“) Subjects were also assessed for burnout and satisfaction with the organization where they worked.

The investigators found a striking relationship between leadership quality, burnout and satisfaction. For each one-point increase in leadership quality on a 60-point scale, physician burnout in those underneath them decreased 3% and job satisfaction went up 9%. That is pretty amazing when you consider all the other variables in play like salary and workload. And therein lies both the promise and peril of bosses for both hospitals and their physicians.

Who’s promoted in your hospital?
I’ll leave you with a paradox. You didn’t become a hospitalist by accident. You pursued a clear process and endured innumerable tests of knowledge and proficiency over roughly a decade. And you’re never really done: There’s CME and maintenance of certification (ugh!).

But health care has plenty of what I call “accidental bosses.” Maybe they got the job because none of their partners wanted it. Or they had the longest tenure in the group. Or they’re brilliant clinicians, publish a lot, rake in tons of grant money, look good in a tie, got an executive MBA or who knows what. Think about this the next time you’re frustrated with your boss or considering becoming a boss yourself.

Interested in learning how to be a good boss? Leadership lessons for young physicians

David A. Frenz, MD is a hospitalist for HealthEast Care System in St. Paul, Minn., and is board certified in both family and addiction medicine. You can learn more about him and his work at www.davidfrenz.com or via LinkedIn.