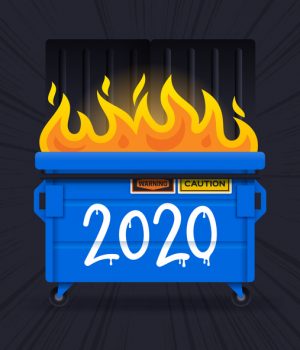 WELL, THE YEAR STARTED out normal enough, and the topics Today’s Hospitalist covered at the beginning of the year presented the latest thinking on solving some perennial challenges: crafting comanagement agreements (January), for example, and cutting down on note bloat (March).

Our February cover story detailed boom times for telemedicine; little did we know. Meanwhile, early-year features and departments reported on how to mitigate conflict (March), the way hospital executives think about hospitalist ROI (April) and peer coaching as a way to relieve burnout.

Looking back, some titles from early in the year sound almost ironic: “Treating inpatient lung infections” (January) and “How to improve respiratory rate readings” (April).

April’s cover story—”It’s here“—was our first coverage of coronavirus in print, and it hasn’t stopped since. As hospitalists saw both their work and personal lives transformed, we chronicled many of those changes and challenges: PPE (July), the scramble to secure enough testing, the disappearing census (June), the changing job market (October/November), and the problems around discharging patients who may linger in the hospital for weeks (December). We also covered the extraordinary pace of clinical and research innovation (July), and the moral and emotional weight of treating such sick patients (May).

Along the way, hospitalists worried about whether they should continue to live at home (May) and how to maintain their mental health (October) and find new ways to keep each other well (December). We posted close-to-daily news item updates on our Web site, a chronicle of the pandemic in reverse. Our first item—on the CDC confirming the first covid diagnosis in the U.S.—is dated Jan. 24.

Throughout the year, “Progress Notes“—authored by hospitalist Leo Motter, MD, and illustrated by his friend and collaborator Dan Langsdale—brought some levity while tracking an unprecedented year.

Unfortunately, their fabulous “Hospital medicine conference 2020” (March) wasn’t to be, as the conference that comic was modeled on was canceled, like all the others. Instead, “Stuck in the Middle of ‘Then’ and ‘Now’ ” (May) captured the pandemic’s public denialism and panic. “Pre- and post-covid couture” (September) provided a whimsical look at how much working in the hospital has changed, and “The New Heroes” gave a nod to hospitalists’ new visibility and respect.

This year, we also relied on this favorite: an occasional department called “Sound Off” that consists only of quotes. Many quotes this year highlighted what it was like to practice with unprecedented unknowns as well as innovation, adaptability and teamwork. Hospitalists shared the skills and insights they gained during a once-in-a-century health crisis, including this from the July issue: the University of New Mexico’s Kendall Rogers, MD, describing holding a phone up to a dying, unresponsive patient and guiding a family through what they might want to say.

“Allowing them to have that experience,” he said, “has been incredibly rewarding. It is now something I’ll do for the rest of my career when a family member can’t be present.”

Stay safe, and here’s hoping for a better new year. 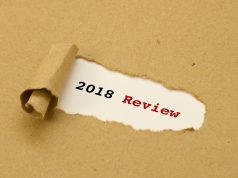 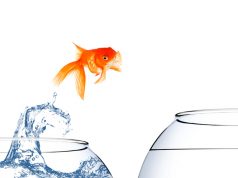 Want to dive into QI? Nail down a template first