We all have had a 90-year-old patient come in with a new CVA, a diagnosis that is very easily made on physical exam.

A few years ago, I had such a patient with the comorbid condition of metastatic colon cancer. He had been losing weight and had the gaunt appearance that every physician recognizes as the precursor to death. At the time, I was working at a stroke center, so the patient was admitted using the mandatory stroke protocol, which requires a neurology consult.

The patient was admitted by our nocturnist and was already seen by neurology by the time I met him. When I arrived at the patient’s room, he was being wheeled away for a head MRI that had been ordered–one I put the brakes on after having a long talk with the family.

While the elderly wife did not fully understand everything, the children fortunately did. It became clear that they would likely opt for hospice, but they needed some time to make sure Mom understood. In the meantime, I told the nurse to cancel the MRI, but I forgot to write the order myself.

While the family did agree on hospice the next day, the order to stop the MRI was never transcribed and the patient had the procedure. To no one’s surprise, the MRI confirmed the initial findings found on CT of a right-sided infarct.

What does this case have to do with my favorite Bob Dylan quote? You don’t need a health care economist to know that health care is in trouble.

While health care is a limited resource, we typically do not treat it as such. As hospitalists, we see this every day: the 90-year-old with an MRI, the 85-year-old getting a diagnostic heart catheterization, even the 100-year-old being intubated for respiratory arrest.

At the same time, the number of uninsured in this country has grown to 47 million, while health care as a percentage of the gross national product is up to 16% and expected to reach 20% by 2015. In just 10 years, according to current estimates, the Medicare trust fund will be insolvent.

As a hospitalist, I can’t help but think how essential we may be to help moderate this looming crisis. We still have perverse productivity incentives in our field, such that the more patients we see, the more revenue we generate, regardless of the quality of our care. But these incentives apply much less to our practice than they do to subspecialists, for whom more procedures definitely translate into more money.

We may even be headed toward a time when we’re directly compensated based on our ability to control costs. Attempting to align financial interests is likely the only way to control health care costs on the physician end. No matter how altruistic we doctors believe ourselves to be, we are likely no better than any other profession at limiting costs to our own financial detriment.

In the interim, it is clear that our importance grows with every new mandated health care cost-containment buzzword like “POA.” Like many of you, we are being hammered by our hospital about the importance of documenting “present on admission.” Unlike some of our non-hospitalist colleagues, we are listening closely.

Talk about “value added.” Hospitals now stand to lose real money unless they can comply with new regulations on preventable complications that the Centers for Medicare and Medicaid Services won’t pay for, beginning this October.

Both politicians and the public are bringing a new sense of urgency to the pending health care crisis. Physicians will likely feel some negative fallout from that crisis, but I believe we are the doctors who are in the best position to be part of the solution.

We may even be the physicians who are least affected by any collateral damage from health care reform, at least in terms of our job satisfaction. It all makes this an exciting time to be a hospitalist, in spite of–and, in large part, because of–the health care crisis that, to borrow from Mr. Dylan again, is blowing in the wind. 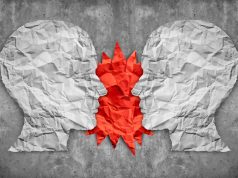