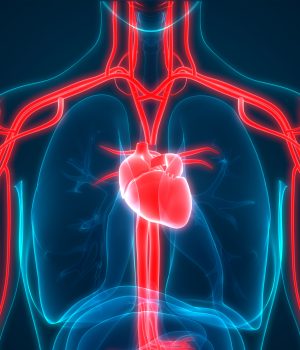 SYNCOPE IS PREVALENT in the hospital, accounting for about 3% of all ED visits and about 5% of all hospitalizations in the U.S.

It’s also common among the population at large, with more than 40% of all Americans having at least one syncopal episode in their lifetime, according to hospitalist Carrie Herzke, MD, MBA, associate chief medical officer of Baltimore’s Johns Hopkins Hospital and director of clinical operations for its hospitalist program.

And syncope is expensive. “While the rates of hospitalization for syncope have been the same for the past 20 years, our use of imaging for syncope has increased by as much as 45%,” said Dr. Herzke. In the U.S., she added, syncope costs about $6 billion a year. 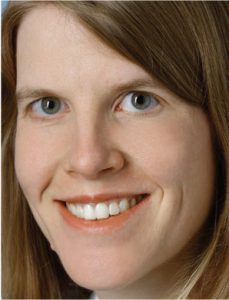 However, “more tests equal more tests, but not more diagnoses.” In a presentation at this year’s Society of Hospital Medicine meeting, she highlighted how to evaluate syncope as efficiently, effectively and economically as possible.

A favorite test: orthostatic vital signs
The technical definition of syncope is a transient loss of consciousness associated with the inability to maintain postural tone. But syncope is a symptom, not a diagnosis, said Dr. Herzke, and most of the time, its etiology is benign. Trying to find those few episodes that aren’t benign is what’s driving the huge increase in testing.

A study in the January-February 2013 issue of Progress in Cardiovascular Diseases that looked at utilization and costs associated with syncope first zeroed in on testing in the ED. According to the authors, 100% of patients with syncope in the ED received an ECG.

“That’s certainly appropriate,” Dr. Herzke said, “but ECGs were diagnostic only between 4% and 8% of the time.” ED doctors were found to order head CTs for 13% of syncope patients, but those proved to be diagnostic for only 4%.

Importantly, only a small minority of ED physicians (between 5% and 14%) ordered orthostatic vital signs. “But those proved to be diagnostic up to one-quarter of the time,” she noted. “They were the most inexpensive test on the list, and they’re my favorite.”

The same study also found a very wide variation in the number of patients who go on from the ED to be admitted, from a low of 12% in some Canadian tertiary centers to more than 80% in some U.S. urban hospitals. Given the fact that up to 90% of patients age 80 and older have syncopal episodes, Dr. Herzke noted that it’s no surprise that the study also found that admission rates for syncope increased with patient age.

Inpatient testing
“Here’s the hard news,” Dr. Herzke said. “We’re not any better about ordering tests than our ED colleagues. If anything, we may be ordering even more.” The same study, for instance, found that virtually all patients admitted for syncope get telemetry—which proved to be diagnostic in 5% or fewer patients. And while as many as two-thirds of admitted patients receive head CTs, those changed management only 2% of the time.

“Ouch,” said Dr. Herzke. “Among hospitalists, ordering a head CT for syncope is very common and not helpful.” The same is true for the carotid ultrasounds and brain MRIs that a significant number of admitted patients receive.

The star performer on the testing utilization list was, again, orthostatic vital signs, which hospitalists ordered for about one-third of admitted patients (27%-38%). Those results changed management in 25% of cases.

“You can see why the rate of diagnosis in syncope has been the same for the past 20 years,” she said. “It’s because the tests aren’t that helpful.” Fully 40% of patients admitted with syncope leave the hospital with no definitive diagnosis.

Age and syncope
So why are hospitalists doing so much workup? “Because we’re nervous,” said Dr. Herzke. “We’re afraid we’re going to miss that one person who comes in with syncope who then leaves and dies or has a bad outcome.”

Doctors are particularly worried about missing a fatal arrhythmia. But as research on syncope outcomes published in August 2010 by the European Heart Journal pointed out, “patients with arrhythmias do not have worse outcomes when compared to other etiologies of syncope, likely because we pick many of these up by history,” she noted. “The people with syncope who do poorly are the ones with structural heart disease.”

Further, “we know that as people age, their risk for underlying structural heart disease gets higher.” But another study—this one from 2012—provided insight into syncope causes related to age.

“A good 70% of patients age 60 and older still have a more benign syncope etiology,” she said. The cause in just over 50% of those cases was neurally-mediated syncope, “what we call reflex or vasovagal syncope,” while about 20% were pegged to orthostatic hypotension and another 20% to arrhythmias.

“Only about 10% of patients,” she noted, “had underlying structural abnormalities.” As for men age or older, a study in Heart in December 2008 found that even 46% of older patients who have heart disease had neurally mediated syncope.

“They say that if you come up with a cause, you should either treat or risk assess,” said Dr. Herzke. According to the guidelines, if you think the etiology is neurogenic, “you should think about a tilt table”; if cardiogenic, you may want to order an echo or a Holter monitor.

The guidelines do spell out factors associated with an increased probability of cardiac causes. Those include, besides being older and/or male, a brief prodrome, such as palpitations, as well as syncope during exertion or while lying down. Other high-risk factors include a family history of sudden cardiac death or a known history of congenital heart disease.

Factors associated with noncardiac syncope causes include positional change from lying or sitting to standing and the presence of specific triggers including stress, pain and dehydration.

Dr. Herzke noted, however, that she doesn’t find the American guidelines to be very helpful, especially because they lump all men as being at higher risk for a cardiac cause of syncope. “They make up 49% of the population,” she noted, “so what am I supposed to do with that in clinical practice?”

Also, the guideline authors stated that they found it challenging to define what constitutes high-, intermediate- and low-risk patients. “But isn’t that why we have guidelines?” she asked. “That’s what I’m hoping they’ll do for me.”

Who’s at high and low risk?
Fortunately, the European Society of Cardiology in 2018 issued its syncope guidelines, which spell out both high- and low-risk syncope features. “They also lay out the symptoms that go with which diagnoses,” said Dr. Herzke, as well as the diagnostic criteria associated with reflex syncope, orthostatic hypotension or cardiac syncope.

And “a lot of what these guidelines talk about are the things we really care about: who needs to come into the hospital.” The guidelines state, for instance, that low-risk patients can be discharged from the ED, while intermediate- or high-risk patients should receive additional intensive evaluation.

The European guidelines also take this stand against risk scoring systems for syncope patients: Don’t use them.

“The challenge is that the many risk scores all perform beautifully in a single site, but they don’t do well when you validate them elsewhere,” Dr. Herzke pointed out. “They’re all very sensitive, so they identify a lot of people with benign syncope who go on to be worked up.”

Testing costs
When studies have looked at how much it costs per positive test for syncope, the price tag for head CTs is $25,000, while echoes cost around $6,200 and EEGs are $1,000. “In contrast, orthostatic blood pressures are $17 because they’re cheap and often diagnostic,” said Dr. Herzke.

Her recommendations for working up syncope patients: Take a good history as well as a physical, an ECG and orthostatic vital signs. If these suggest a benign etiology,” she said, “it’s OK to stop working patients up, even in an 80-year-old-male with coronary artery disease.”

With syncope, how prevalent is PE?

That’s because of a study that appeared in the Oct. 20, 2016, issue of the New England Journal of Medicine. As she explained, the authors found that 3% of ED patients with syncope and 17% of those admitted with syncope had a PE.

However, a retrospective observational study done over 16 years of 1.6 million patients that was published in April 2018 in the American Journal of Emergency Medicine had significantly different findings. That research found PE prevalence to be “tiny”: between 0.06% and 0.55% in the ED and 0.15% and 2.1% among admitted patients.

Dr. Herzke’s takeaway: “Think about PE, but do not work patients up for it unless you have no other etiology to explain their syncope,” she said. In that case, “consider screening for their risk of PE via Wells and a D-dimer first.” While PE is a consideration and does occur, “the incidence seems to be 3% or less of all syncope patients.”