HOW EQUITABLY do doctors divide responsibilities at home? That’s a question of interest to researcher Anupam B. Jena, MD, PhD, an associate professor of health care policy at Harvard Medical School and a part-time hospitalist at Boston’s Massachusetts General Hospital.

For years, Dr. Jena and his research colleagues have collaborated on studies that provide insights into the physician workforce. Much of their research has explored gender differences between male and female physicians.

One study in the February 2017 JAMA Internal Medicine, for instance, concluded that female internists deliver better mortality and readmission rates than their male colleagues. But several other studies have probed the gender gap in medicine beyond outcomes.

“Work-life balance may be harder for female physicians, in part because of who they choose to marry.” 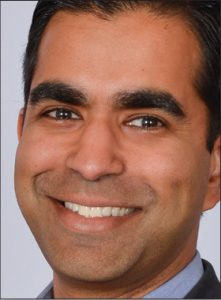 Research published in the September 2016 JAMA Internal Medicine tracked gender differences in physician salaries in U.S. medical schools. “We found that women are less likely to be promoted than men in almost all specialties,” says Dr. Jena, “and their earnings are 10% to 15% lower.”

Another analysis, which was published in the October 2013 JAMA Internal Medicine, examined what men and women physicians earned between 1987 and 2010 and revealed a persistent earnings gap. Research in the February 18, 2015, British Medical Journal looked at 2008-13 divorce rates among doctors. While it found that physicians overall didn’t have higher divorce rates than other professionals with comparable incomes, that wasn’t the case for women physicians who worked long hours: They got divorced more frequently.

And an October 2017 research letter in JAMA Internal Medicine looked at the impact of having children on hours worked by dual-physician couples.

That study found that male and female physicians worked similar hours before they had children, around 55 hours a week. But once children arrived, the similarity ended. Male physicians continued to work the same number of hours as colleagues without children, maintaining that same weekly workload regardless of how old their children were. (The study tracked 15 years of data.) But female physicians with children worked substantially fewer hours regardless of their children’s age, their schedules falling to about 41.5 hours a week.

You’ve created a body of evidence around gender differences in medicine. What’s behind that research interest?
It’s an important issue that’s been recognized for decades now. There’s a lot of interest—from researchers and medical educators, but also from doctors themselves—in reducing gender inequities in salary and advancement.

How have you and your colleagues come up with the kinds of insights you have?
A big factor is our backgrounds, which are in both medicine and economics; my PhD is in economics. We’ve made a lot of use of data sets that economists are very familiar with, but that physicians often don’t have access to or aren’t aware of.

Data for the child-rearing study, for instance, came from the American Community Survey, which is done every year with three million American households by the U.S. Census Bureau. By comparing those survey data year to year, you can get very detailed information on demographic and workforce changes, as well as on household occupations, whether people are married or divorced, do they have children, what are those children’s ages, and how many hours people work. That’s a big data set that most medical researchers don’t use.

Keep in mind that the American Community Survey data aren’t longitudinal, so we’re not following the same couples across 15 years. New people are surveyed every year, so you’re looking at a different snapshot each year. Nonetheless, the data give us a glimpse of how male and female physicians differ in their hours worked, how those hours change over time with the arrival of children, and whether we’ve seen differences in the last 20 years.

Your research wasn’t designed to identify what causes the discrepancy in hours worked.  Do you have any theories?
Part of it may be pure preference: Female physicians may want to spend more time at home and less time working after having children. Or this could indicate intra-household bargaining, to use an economics term, with male doctors bargaining more heavily to spend more time working than their spouses.

Other studies have shown that working women in dual-physician couples still perform the majority of household chores. And in research we’re working on now based on the American Time Use Survey—a random sample of Americans who maintain a time diary—we find that women physicians spend an hour more per day at home with household responsibilities, compared to male physicians.

Another factor we’ve learned: About 30% of female physicians are married to another doctor, but that’s true of only 10% of male physicians. So the implication is that female physicians—more than their male colleagues—may tend to marry very highly-educated spouses who are committed to remaining in the labor force. So work-life balance may be harder for female physicians, in part because of who they choose to marry.

Also of interest in terms of work-life balance: Looking over data for about 30 years, we don’t find a marked reduction in the number of hours that doctors, both male and female, have been working. It doesn’t appear that they’re actually working fewer hours over time.

Given your research on gender differences, what kind of feedback do you receive?
I receive welcome e-mails from female physicians who use the work to champion more equitable compensation and promotions in their institutions. That’s a real benefit of doing this kind of work. 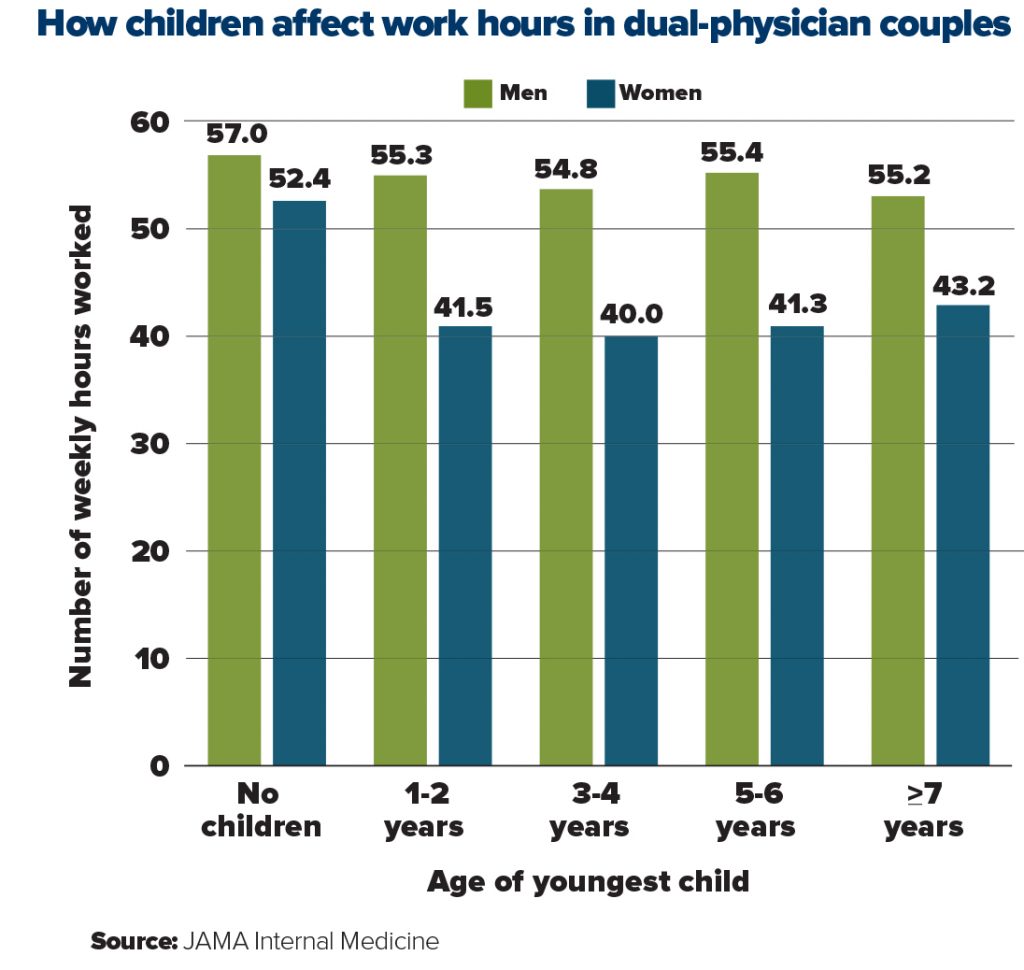