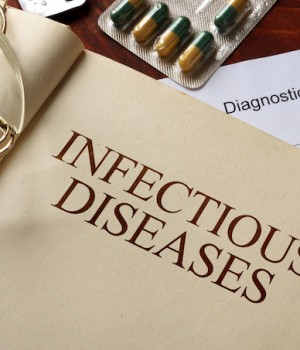 HOSPITALS AROUND THE COUNTRY know that C. diff is a major problem, but there are serious questions about how far they should go to detect and prevent the infection. Should hospitals screen asymptomatic patients for C. diff, for instance, and use strategies like probiotics to prevent it?

Integris Baptist Medical Center, which has mounted an aggressive campaign to detect and prevent C. diff, may offer answers to some of these questions. That’s because the 508-bed hospital in Oklahoma City has not only had great success in reining in C. diff rates, but it has used a variety of methods to reach that goal.

Through a combination of basic techniques like the smarter placement of trash cans to more complex initiatives that focus on reducing the use of proton pump inhibitors (PPIs), the hospital was able to cut its rate of C. diff by 40%. And rather than resting on its laurels, the hospital is investigating new strategies to continue making progress against the infection.

Practical solutions
Integris started its “war on C. diff” about four years ago. Mark Mellow, MD, a gastroenterologist and director of the Integris Digestive Health Center, says rates of the infection were climbing even though the hospital was following national guidelines.

In conjunction with Vadakepat Ramgopal, MD, who heads up infection control, a committee was convened in 2008 that began asking staff what they thought the hospital could do better. They immediately started hearing a lot of suggestions for improvement.

For example, clinicians complained that trash cans in patient rooms were usually trapped between the bed and the window, rather than sitting right inside the door. That meant that clinicians were degowning in an infected room.

“If you took your gown and gloves off and threw them away,” Dr. Mellow says, “you’d have to walk back through a dirty room. And if you had more questions for the patient, you’d end up placing your hand on a surface in that room.”

Another problem: Sinks in patient rooms were usually hard to access, giving clinicians an easy excuse to avoid washing their hands. “Particularly when someone’s got a diarrhea illness,” Dr. Mellow says, “they push the portable commode over by the sink.”

The solution? The hospital made sure that trash cans are placed near the door, and that sinks in patient rooms remain uncluttered and easily accessible. Clinicians no longer have an excuse to avoid washing up on their way out.

A green light for nurse orders
Other basic changes included making sure that latex gloves used to prevent the spread of infection actually fit clinicians’ hands. “For some reason,” Dr. Mellow says, “these gloves are usually small and hard to get on. That’s another barrier for physicians who tend to be impatient. If you can’t put the gloves on quickly, you don’t do it.”

While these practical fixes were critical to driving down C. diff rates, Dr. Mellow says that another change had perhaps the biggest impact. “We enlisted the nurses as the head detectives in this whole thing,” he explains, and gave them the authority to order a C. diff test without waiting for a physician.

Typically, nurses who noticed patients making frequent trips to the bathroom would tell a physician the next day during morning rounds. But if they forgot to mention it, it could be days before someone ordered a test. Integris now lets nurses order a stool sample without first consulting a physician, then has that order countersigned by a doctor the next day.

Speeding up samples “and isolating and treating infected patients sooner “had a huge ripple effect on C. diff rates. “Anyone with an enteric infection who goes undetected and isn’t put into contact isolation becomes a Typhoid Mary,” Dr. Mellow says.

PPIs and probiotics
Integris also began educating doctors about another issue associated with high C. diff rates: the use “or overuse “of PPIs.

Dr. Mellow says that while inpatient physicians argue that hospitalized patients require PPIs because they’re sick and might develop bleeding from something as simple as a stress ulcer, there’s a slew of data pointing to the dangers of inpatient PPI use.

“Just because you walk into a hospital doesn’t mean that you need to be on a proton pump inhibitor,” he says. “In more than a dozen studies, these agents have been linked to an increased risk for C. diff “and an increased risk of keeping it.”

Even as he’s trying to reduce the use of PPIs, Dr. Mellow is adding another therapy to cut the incidence of C. diff: probiotics. He explains that two studies “one from England and one from China “have concluded that giving probiotics to hospitalized patients taking antibiotics decreases antibiotic-associated diarrhea and C. diff.

Recently, the hospital began allowing physicians to issue a blanket order that all of their patients on antibiotics should also receive probiotics. “The goal is to take the decision out of physicians’ hands,” Dr. Mellow says, “so they don’t have to remember to do anything once they’ve written that order.”

For now, the hospital is watching to see if the hospital’s use of probiotics increases. Dr. Mellow says if it doesn’t, the hospital may have the pharmacy department automatically order probiotics for patients who receive more than a single dose of antibiotics. If that happens, he explains, a note will be attached to the front of the chart telling physicians that the patient has been put on a probiotic and explaining possible contraindications. The goal is to let physicians opt out of the therapy if they wish.

“Asymptomatic people could be carrying C. diff,” he says. “Take patients who were in the hospital three weeks ago and a month before that. These people have had health care environment exposure, often to antibiotics, and they may actually have C. diff toxin in their stool without diarrhea.”

Why is that important? “If you test the room of people with C. diff positivity,” Dr. Mellow explains, “even without diarrhea, the number of contaminated surfaces is significantly higher than a room with someone who is C. diff negative. You can still transmit C. diff, although less so.”

Dr. Mellow acknowledges that screening asymptomatic patients could be controversial, but he adds that winning the war against C. diff is largely a battle of attitudes. And if the data are there to back him up, he’s willing to work to convince his colleagues.

“Everybody in health care has to realize,” Dr. Mellow says, “that it’s not acceptable to successfully treat someone’s heart disease and then give them C. diff because you didn’t wash your hands.”

Edward Doyle is Editor and Publisher of Today’s Hospitalist.