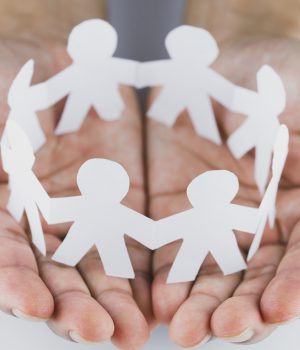 WHILE STUDIES have looked at the effectiveness of hospitalists comanaging orthopedic surgery patients, there’s been little data on how to best manage those patients when they bounce back to the hospital with complications. Now, a new study has identified ways to make comanagement of re-presenting patients more efficient and cost-effective.

The study looked at a concept known as “excess days in acute care” (EDAC) for patients who had undergone total knee or total hip replacement. Making sure these patients get the most appropriate—and cost-effective—care after discharge is important because that care is increasingly reimbursed via bundled payments. If their treatment over a 90-day episode ends up costing more than the bundled payment, health systems stand to lose money.

“Because total joint replacements account for high health care costs, it’s important to optimize this type of spending,” explains hospitalist Michele Fang, MD, associate professor at University of Pennsylvania’s Perelman School of Medicine in Philadelphia. She was the lead author of a study published in November in the Journal of Hospital Medicine on an EDAC pilot program.

“We found that some patients coming from a SNF with a postop fever were getting a full workup.” 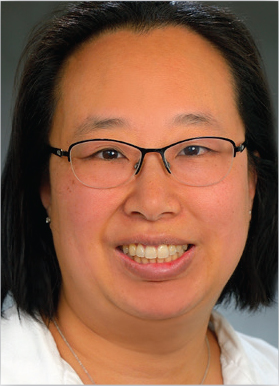 Dr. Fang notes that costs weren’t the only factor behind the drive to improve care for orthopedic patients who came back to the hospital. Surgeons were frustrated when patients re-presented and were assigned to other services, only to receive variable care, even for common conditions like postop fever. Instead, the pilot standardized their care with the help of the hospitalists who were comanaging them.

Increased use of observation
The EDAC pilot was launched in October 2017. When researchers were setting it up, they noticed that many orthopedic patients re-presenting after surgery didn’t necessarily need a full readmission. “They might have needed one or two tests or another set of eyes,” Dr. Fang says, “and then many could return to the rehab process.”

Data also showed that about 25% of the patients returning within 90 days stayed less than 40 hours. As part of the EDAC program, re-presenting orthopedic surgery patients are first screened in the ED to see if they can be discharged. If not, orthopedic residents then use algorithms—crafted by an interdisciplinary team including orthopedists and hospitalists—to help decide what type of care the patient needs. Under the program, that falls into one of four categories:

• Orthopedic observation: Diagnoses include postop pain and fever, DVT or PE without hemodynamic stability, and anemia due to acute blood loss after surgery.

In the data collected before the EDAC pilot was launched, none of 64 total joint patients who re-presented were put into observation. After the program, however, 48 out of 71 (68%) had observation status. Overall readmissions for this population decreased from 6.1% before the pilot to 2% afterwards.

Surgeons welcome change
Sending more patients to observation was only one of the changes the EDAC pilot made to improve care. It also changed the mix of services treating those patients.

Before the EDAC pilot, 34% of readmissions were admitted by orthopedics; with the program in place, that percentage doubled to 69%. The orthopedic surgeons welcomed that change, in part because the care patients had previously received when representing was so variable. 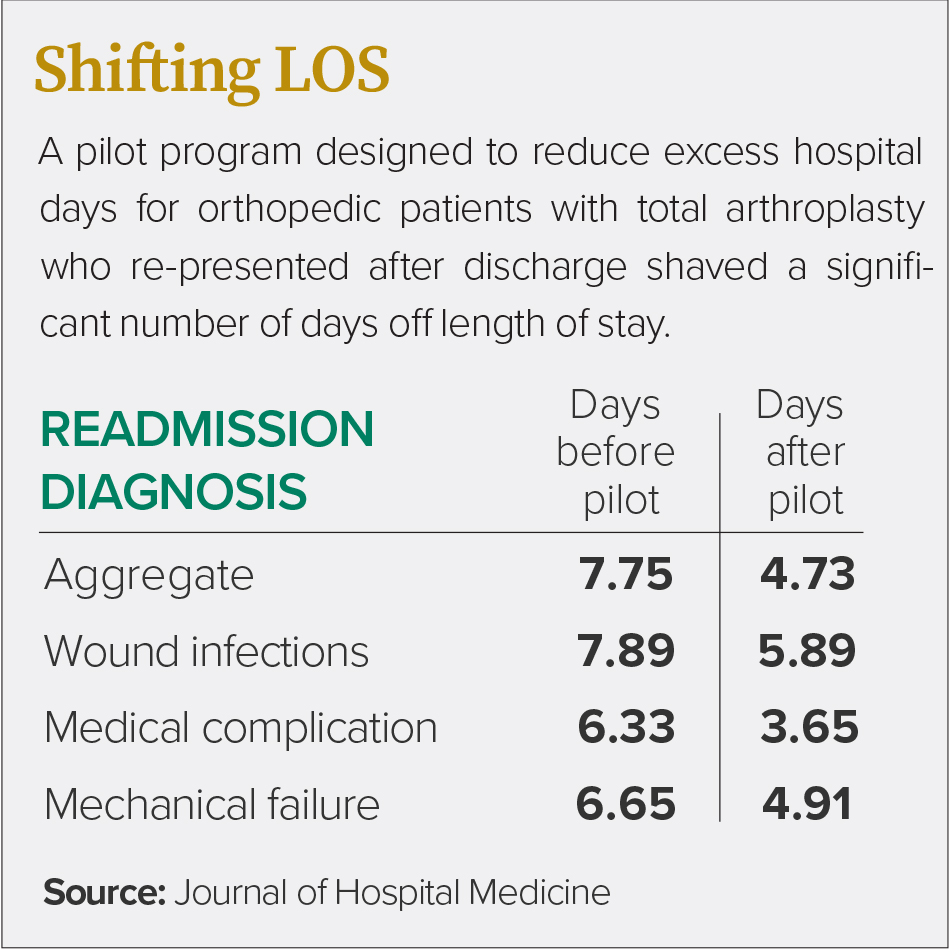 “We found that some patients coming from a SNF with a postop fever were getting a full workup, blood and urine cultures, CT scans, and doppler studies,” Dr. Fang says. “If they had been seen by orthopedics, which is much more familiar with the common postop fever, they would have received a very limited workup and likely been sent back to their home or SNF.”

According to Dr. Fang, when surgical patients bounced back before the pilot, the orthopedic surgeons would often not even know their patients were back in the hospital. If they were aware, “the surgeons would often say, ‘I want them on my service,’ ” she explains. “They wanted to take ownership of their patients and be in control, but it’s hard to tell another service line what to do.”

Under the program, returning joint patients assigned to orthopedic observation are placed in orthopedic units, ensuring continuity with orthopedic nursing and support staff.

And the EDAC program reduced costs for the health system as well as length of stay. Because each readmission due to medical causes costs on average just under $23,000 and each readmission for surgical reasons costs just under $12,000, the EDAC pilot in one year saved close to $600,000 in averted readmissions. Add in fewer costs from reduced length of stay, and savings were closer to $1 million. The pilot ended in September 2018—but the EDAC program continues to be maintained.