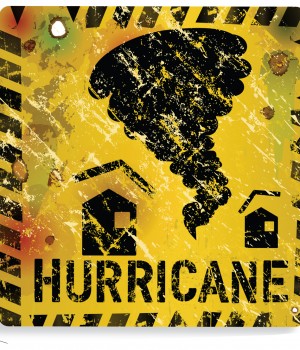 IN THE DAYS leading up to Hurricane Matthew’s arrival in central Florida this October, the plan at Wuesthoff Medical Center-Rockledge in Rockledge, Fla., was to simply ride out the storm.

“We originally thought it would stay offshore and not make landfall,” says Dean Dalili, MD, MHCM, senior vice president of medical affairs for Schumacher Clinical Partners who heads up the 12-physician practice in the hospital in Rockledge, which is directly on the Atlantic coast. “A team of doctors would shelter in the facility throughout the storm until it was OK to travel, then be replaced with a relief team.”

That was the plan, at least, until early Wednesday afternoon, Oct. 5, when Dr. Dalili was called in by the hospital CEO. The problem: The hospital, which had been built to withstand a category 3 storm, was now facing a category 4 event.

“We say we live in a patient-first culture, but my imperative had to become ‘team first.'”

Discharge decisions
“They made the decision to barricade the ED at noon the next day and evacuate the hospital to surrounding facilities that were further inland and hurricane-rated,” he explains. “The CEO then asked, ‘What’s your plan to get all these patients moved?’ And I said, ‘Well, I don’t have a plan, but I’ll come up with one.'”

Dr. Dalili had talked the day before with his hospitalist team—five doctors are on every day, as well as two NPs/PAs—and they’d already decided to prioritize as many discharges as possible. Once the hospital called for an evacuation, that plan went into high gear.

“I got together with my team and we decided to go through all our patient lists, highlighting those who we didn’t think could be sent home by 8 a.m. the next morning,” he says. Out of a list of 100 patients, 62 were highlighted, while 35 patients that day were discharged. Dr. Dalili describes those discharges as “a herculean effort, with many doctors staying until midnight to get that done.”

One hospital that would be receiving patients was within the same health system a half hour away. But while Rockledge has 285 beds, the receiving hospital’s capacity is only 40 floor patients and 20 in the ICU. Dr. Dalili’s hospitalist program actually covers that hospital with one physician per day.

“We weren’t able to transfer all our patients to that facility, and some regular PCP patients—who our hospitalists don’t cover—had to go to another hospital,” he says. Ambulances starting ferrying patients to the other facilities, and Dr. Dalili began the process of shifting clinicians to the hospital where most of the patients were being sent.

“We decided to give every patient as thorough of an off-service note as we could because we wouldn’t be able to do a physician-to-physician handoff,” he says. “We had to try to document as much as possible in the record for patient safety and to help people transition these patients.”

Who could work?
While patients were being evacuated, Dr. Dalili had to figure out which clinicians would cover the storm in the receiving facility.

That decision relied on who could safely be away from home. “You need someone who doesn’t have an obligation to young children or sick or elderly people,” he notes. In addition to the physician already scheduled to staff the receiving facility, he sent three more. Doctors not working the storm because they needed to be with their families knew they’d function as that team’s relief.

The next priority was re-allocating those clinicians. “Luckily, the receiving hospital had the same EMR,” he says, “but we had to get doctors emergency credentials. And they would be working with very different specialists and nurses.”

To help the team function as well as possible, “We made sure the physicians had the right badges, passwords and phone numbers,” Dr. Dalili says. There was a certain irony to this plan, he adds. “We say we live in a patient-first culture, but my imperative had to become ‘team first.’ If I didn’t focus on my team’s ability to get work done and to communicate, their ability to focus on patients would have been significantly impaired.”

As the storm approached, the need to take care of that team continued.

“I had to walk into each facility, see people face-to-face and check in with them emotionally,” he says. One provider’s dog was in a hotel on an island that was about to be evacuated. “She needed to leave to get the dog, and we had to figure out if we could shelter it in the facility.” (They could.)

Dr. Dalili also made sure the physicians working had private places to rest, with time mapped out for sleep and meals. “It was important to make sure the people who stayed knew they were cared for. This was an emotional event as well as one of physical endurance.”

Lessons learned
Matthew, it turned out, stayed 10 miles offshore. While central Florida suffered power outages, none of the hospitals were damaged, nor were clinicians’ homes.

The working physicians stayed in the receiving hospital from Thursday morning to Friday afternoon, when another physician and an advanced practice clinician relieved them. The Rockledge hospital reopened on Saturday, and 35 patients were transferred back—while 35 new admissions came through the reopened ED, another big challenge.

“We had to surge up staffing for that high volume,” says Dr. Dalili. “We didn’t get back to normal staffing or volumes until the following Tuesday.”

While those who worked the storm were roundly applauded, they noted afterward that they would have liked more information.

Communication may have been spotty because so many directors and administrators were in meetings, Dr. Dalili says. But the criticism served as an important reminder: “In any crisis environment, information becomes a premium. People want as much situational awareness as they can have for some reassurance.” Besides, he adds, the more people know, the more they can work independently and not have to wait for direction.

It may seem odd that a hospital on the Florida coast wouldn’t have a hurricane evacuation plan already in place. But as Dr. Dalili points out, a hurricane hasn’t made landfall in Florida in the past 10 years, and his hospitalist program isn’t that old.

“It’s probably going to be an event that takes place only every 10 or 20 years,” he notes. “You have to organize around the situation you’re given, then improvise the best plan you can.”