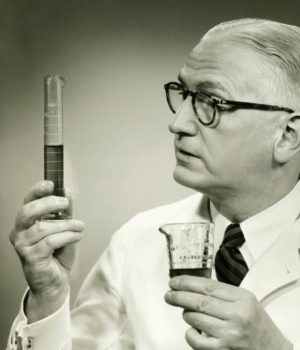 DURING THIS YEAR’S “things we do for no reason” presentation at the Society of Hospital Medicine’s annual meeting, hospitalist Anthony C. Breu, MD, director of medical resident education at the VA Boston Healthcare System, highlighted two practices—administering pre-endoscopic proton-pump inhibitors (PPIs) to patients presenting with acute upper GI bleeding, and restricting sodium and water in patients with acute heart failure—that he said have weak evidence to back their use.

Dr. Breu made the case that prescribing pre-endoscopic PPIs doesn’t deliver any outcomes patients are interested in. But when it comes to restricting sodium and/or water in patients with acute heart failure, “that is in some ways even more important,” he said. “I think we actively do harm when we put patients on sodium and water restrictions.”

PPIs and patient-centered outcomes
Not a day goes by, Dr. Breu pointed out, “that some study doesn’t show some adverse event associated with PPI therapy.” As to why physicians give patients PPIs prior to esophagogastroduodenoscopy (EGD) in acute upper GI bleeds, he admitted the concept made some sense.

“We’re turning on the mechanism that causes acute heart failure.” 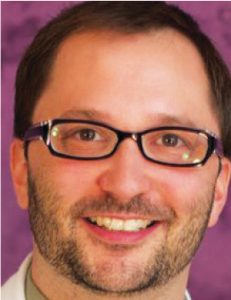 After all, acid environments—like the stomach, with a pH between 1 and 3—make clotting and platelet aggregation very hard. Giving a medication that boosts pH promotes hemostasis.

Giving these patients a PPI after a high-risk peptic ulcer is found during endoscopy does reduce the risk of rebleeding,” said Dr. Breu. “But we’re talking about what we hospitalists do before the endoscopy is even done.”

In a Twitter poll he conducted a week before his talk, Dr. Breu learned that a solid majority of those responding do prescribe a PPI before endoscopy. He asked Twitter followers what pre-endoscopy acid-suppressive therapies they’d order for a 72-year-old man presenting with melena and a suspected upper GI bleed. Among more than 400 responses, 33% said they’d order an IV PPI bolus alone, while 46% favored an IV PPI bolus followed by a drip and 11% would prescribe an oral PPI. Only 10% said they wouldn’t order any pre-EGD PPI.

So how much evidence supports PPIs before endoscopy? Very little.

Dr. Breu first pointed to a randomized trial published in the British Medical Journal in 1992. It included almost 1,200 patients with an acute upper GI bleed who were put on an omeprazole bolus before endoscopy. In terms of what he called “patient-centered outcomes”—all-cause mortality, rebleeding and transfusion rates, the need for surgery, and length of stay—pre-EDG PPI achieved none of those.

In terms of endoscopist-centered outcomes, however, pre-EGD PPI did deliver fewer signs of bleeding at EGD. But as far as patients are concerned, “Who cares about that?”

What can cause GI bleeds?
Another study, published in the April 19, 2007, issue of the New England Journal of Medicine, was done in China, with patients randomized to omeprazole or placebo.

Researchers found that pre-EGD PPI resulted in decreased bleeding at the time of the procedure and a reduced need for EGD, but no significant differences in terms of rebleeds, transfusions and surgeries. Those same results were borne out in a 2010 Cochrane meta-analysis.

Dr. Breu then took his argument further and suggested that giving patients PPIs pre-endoscopy was inappropriate—and may be harmful.

While peptic ulcers are the No. 1 cause of GI bleeds, he said, “peptic ulcer disease doesn’t cause all of them.” As many as 30% may be caused by esophageal varices, while other possible causes include esophagitis and gastritis/duodenitis.

“Not all these require a PPI,” he pointed out, “and patients with esophageal varices should not get a PPI.”

Also, a significant number of patients with upper GI bleeds are sent home without endoscopic therapy, often because a clinician doesn’t believe the bleed to be significant. “If the only real outcomes we achieve take place at the time of EGB, there’s no benefit if you don’t have the therapy.”

No consistent guidelines
And third, and most important, said Dr. Breu: “Everyone knows that when we start medications like PPIs, they just don’t come off.” Research in the October 2014 issue of the Canadian Journal of Gastroenterology and Hepatology, for instance, found that 86% of patients were continued on a high-dose PPI even after an endoscopy found no ulcer or varix.

“And then what happens at discharge?” he asked. “It doesn’t get taken off.” That matters, he added, because PPIs have been associated with several possible adverse outcomes including renal disease and C. diff infection.

As for guidance to help doctors make this decision, it’s all over the map. UpToDate states that patients admitted with an upper GI bleed are “typically treated” with a PPI. The American College of Gastroenterology, on the other hand, says doctors should “consider” putting patients with upper-GI bleeds on a PPI pre-endoscopy, while the U.K.’s National Institute for Health and Care Excellence says to not do it.

Dr. Breu’s own recommendation: “If you believe someone has an actively bleeding peptic ulcer, a PPI might help achieve hemostasis before endoscopy. But not all patients we see have ulcers, and fewer still are actively bleeding. We shouldn’t think, ‘upper GI bleed equals PPI.’ ”

“I thought it was my job to ask anyone with really high blood pressure when was the last time they ate Chinese food,” he said. “If the answer was anytime within the last six weeks, case closed: I restricted their sodium and water and put them on diuretics.”

Moreover, guidelines are inconsistent. Ones released in 2010 by the Heart Failure Society of America recommend restricting sodium to less than two grams a day and water to less than two liters daily.

Restrictions and thirst
Dr. Breu then highlighted two small studies. The first, published in the March 2007 issue of the Journal of Cardiac Failure, included about 70 patients with class IV heart failure.

“They enrolled patients within 24 hours of admission and put them on either a one liter fluid restriction or allowed them to drink freely,” said Dr. Breu, who noted that there was no sodium arm. The authors found no significant difference in terms of time to clinical stability. “But twice as many people in the restricted arm had to withdraw from the study because of an increase in their creatinine.”

The second study appeared in the June 24, 2013, issue of JAMA Internal Medicine. Patients were randomized to either being restricted (fluids were cut to 800 or less mL/day and sodium restricted to 800 mg/day) or were allowed to drink 2.5 liters per day and have between three and five grams of sodium a day.

After three days, the two arms showed no difference in weight change or clinical congestion. Not surprisingly, however, the patients in the restricted arm reported being thirsty after five days.

“When I first looked at this, I didn’t think much of that,” Dr. Breu said. “But it’s a lot more important than it first appears.” Followed up at 30 days, patients in the restricted arm had increased clinical congestion scores while those in the free sodium/fluid arm had lower ones.

Revving up the neurohormonal axis
In his new (if still, he admitted, simplistic) understanding of heart failure, Dr. Breu noted that several conditions— neurohormonal activation, inflammation, venous congestion, endothelial and renal dysfunction, myocardial injury—combine to shift fluids and cause sodium and water retention and peripheral vasoconstriction. Those in turn lead to acute heart failure.

“What happens with the neurohormonal axis if you sodium-restrict someone is that it gets up-regulated,” he said. A Cochrane review released in 2011 looked at dozens of studies on the impact of a low vs. high sodium diet in terms of renin, aldosterone, epinephrine and norepinephrine.

“In almost every study,” he pointed out, “these levels were increased when patients were sodium restricted.”

Circling back to the thirst that patients reported in the restricted arm of the 2013 study, Dr. Breu asked, “What causes thirst? The answer is angiotensin II, and that’s a clue that patients are having their angiotensin system activated when we restrict them. We’re sending patients home with a now revved-up neurohormonal axis.” While hospitalists who restrict sodium and fluids in the hospital may succeed in getting patients to euvolemia, “we’re turning on the mechanism that causes acute heart failure.”

Further, a study in the December 2009 issue of the Journal of Cardiac Failure looked at the effects after 12 months of dietary sodium intake on cytokines and neurohormonal activation.

“Heart failure is an inflammatory condition,” he noted. “This study showed that 12 months out, people on a lower sodium diet had higher inflammatory markers.” Dr. Breu also mentioned a provocative Italian study published in the July 2011 issue of The American Journal of Medical Sciences. In that study, patients with acute heart failure received either high-dose IV furosemide with hypertonic saline solution or the furosemide alone, and then were followed for close to five years.

The findings: “Mortality in the hypertonic saline solution group was cut in half, as were readmissions. If we can totally shut off the neurohormonal axis, maybe we’ll do good for our patients.” Sodium and fluid restriction does not lead to better outcomes in acute heart failure, he concluded, and it may worsen its pathophysiology, leading to worse outcomes.

Recommendations
As for his own recommendations: The strongest is to not restrict sodium in patients with acute heart failure. “Between three and six grams is probably the sweet spot,” Dr. Breu said, “but restricting them to less than two is probably deleterious.”

He also recommended not restricting water in patients with acute heart failure and normal serum sodium, “but I don’t know that it’s as important as the sodium piece. If we allow people to eat more normal diets, they may be less thirsty and less inclined to drink aggressively.”

And on a practical note, “Look at your order sets,” he advised. At the VA where he practices, the heart failure order set comes with a two-gram sodium diet. “Talk to your cardiologists and see if they really want to continue that.”

This is a tough topic because it can depend on co-morbidities and how high of an intake we are discussing. Side note: creatinine always increases with decreased fluid intake and doesn’t necessarily reflect worsening renal function. Additional common issues: If we have someone who has a higher carb intake, then their insulin levels will also be higher and they will retain water. i.e. They diurese when carbs are dropped and may be able to influence inflammatory status. A person might consume >2000 mg sodium at one meal in a restaurant. Some restaurants are ridiculous at >5000 mg per meal. I… Read more »

“Talk to your cardiologists and see if they want to continue …..” I suspect hospitalists are managing most decompensated /acute CHF as primary provider on the wards and might have a cardiologist only as a consultant in specific cases. The topic is not new and is well worth a discussion with the cardiologist- (perhaps even to educate them on current evidence since many of the local cardiologists seem to have been ignoring or dismissing this evidence for several years and operating on tradition based practice as far as this topic is concerned) , but if I see there is no… Read more »